Port Vale sign Jake Taylor: the Valiants have confirmed the signing of the former Nottingham Forest loanee on a permanent deal.

Port Vale have confirmed the news that 22 year old Taylor has agreed a three and half year deal with the club.

4 January 2021: Manager John Askey leaves the club after a string of poor results but the club say that signings will be made by interim manager Danny Pugh.

11 January 2021: Port Vale sign former loanee Jake Taylor on a permanent three and a half year contract. The move means that winger Harry McKirdy is deregistered from the Vale’s League squad.

15 January 2021: Following his release by Bradford City, Port Vale announce the signing of striker Kurtis Guthrie on a deal until the end of the season. As a result, transfer-listed Theo Robinson is deregistered from the squad.

If you’re interested in a bet on Port Vale check out this betting guide too.

After impressing while on trial with the club, Jake Taylor first joined the Valiants on loan in August 2019. He forced his way into the first-team with a string of fine performances. His form prompted Port Vale to make a permanent transfer bid in the January 2020 window but it was rejected. In October, the midfielder joined League Two rivals Scunthorpe United on loan but the move came to an end in the New Year as Forest prepared to sell the youngster. 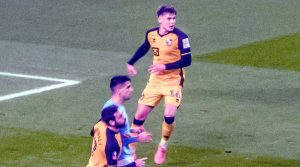