This page has plenty of information about the onevalefan website including what it’s about and who operates it.

We welcome comments, questions and advertising enquiries. This website can be contacted through the button below:

Site founder and editor Rob Fielding produces most of the written articles and features on the site. A team of volunteers moderate the busy forum. 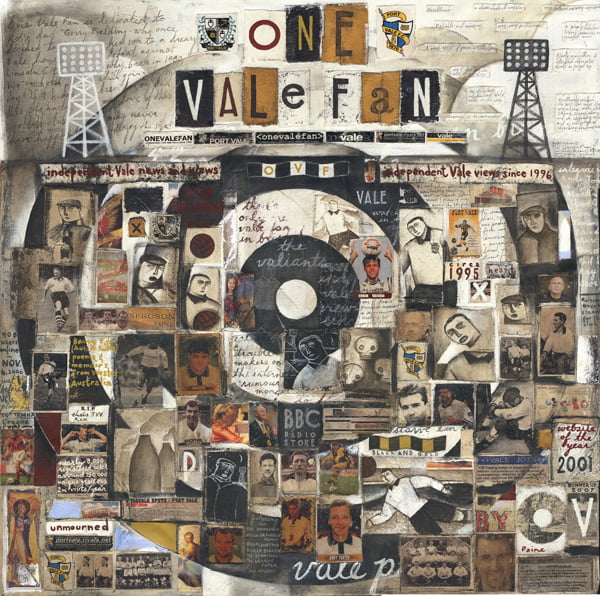 Founded in 1996 by one exiled fan, Rob Fielding, award-winning onevalefan is now the busiest Vale fan site in the world. It was originally called “There’s only one Vale fan in Bristol?” in a plea for fellow exiles to get in touch. When Rob left Bristol, he decided to keep just the “onevalefan” part of the name.

The site was voted the “fans site of the year” in 2000 by the Footy 51 fanzine,  came second in the football-shirts.co.uk nationwide fans awards for 2005 and won site of the year in the 2014 Six Towns Radio awards. The site is now operated by a consortium of like-minded Port Vale fans. We are proud to say that onevalefan is an editorially independent Port Vale FC website.

If you wish to help contribute towards OVF’s hosting costs, please click below. We accept debit/credit cards and paypal payments.

Who do you support? 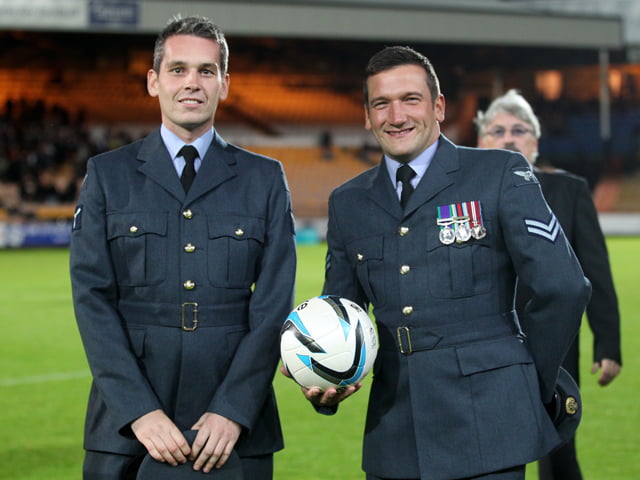 We supported the Help for Heroes campaign and arranged a surprise treat for two Vale fans who had returned from Afghanistan. They were made guests of honour for a game in 2013 (photo above).

We support the work of many Port Vale organisations including Valiants Against Racism (for whom we provided website assistance and hosting) and we supported the Sproson Fund (to build the statue of Roy Sproson) for many years. We have two chosen charities – the Donna Louise Trust and the Douglas MacMillan Hospice and have donated hundreds of pounds to both.

We backed the Supporters’ Club in their fight to remove the board in 2012. Our prize draw raised over £800 for the Club’s fighting fund.

In essence, we feel that OVF has a moral duty to represent the best interests of Port Vale fans and in recent years we have backed protest groups seeking a new board in charge of the club. OVF will continue to back fans’ interests as long as they are conducted peacefully and legally.

Fair enough, but what do you actually do to help Port Vale FC?

The actual income generated for the club by onevalefan.co.uk stands at over £35,000 and includes:

Other events that have benefited the club include:

Award-winning? How on earth did you pull that off?

We’re delighted to be the Winner, fans’ site of the year, in the Footy 51 fanzine awards, 2000. Five years later we were runners-up as football site of the year, hosted by football-shirts.co.uk Finally, in 2014, we were voted website of the year in the 6 Towns Radio (a North Staffordshire community radio) awards.

What else have you done? 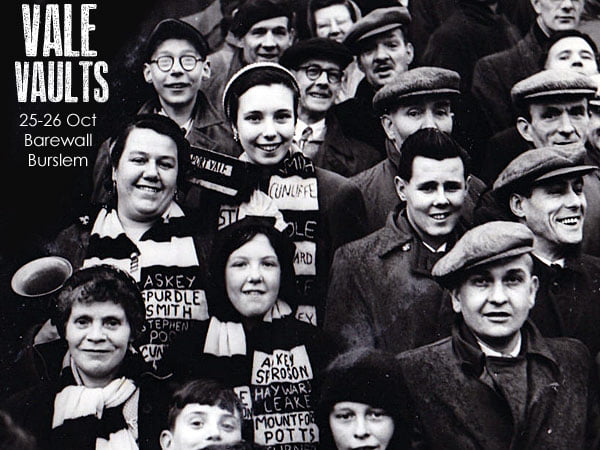 Running OVF has spawned many parallel activities. In 2014, Rob Fielding curated the Vale Vaults exhibition – the first-ever fans-operated free exhibition of Port Vale memorabilia. In 2013, he wrote his first book “No Ordinary Season” about that season’s astonishing promotion. OVF has also produced mugs, mousemats and posters – many of which have raised money for our two chosen charities – the Donna Louise Trust and the Douglas Macmillan Hospice.

What do people and the press think?

We’ve been lucky enough to receive notes from a number of Vale legends and some praise from other websites. Flatter our egos and read the comments on this page

We would like to thank everyone who has helped OVF over the years. This includes the moderation team, all contributors (of features and photos), people who have sent us positive comments and of course our valuable financial contributors who have helped us meet our hosting costs. If we’ve forgotten anyone, please forgive us!

A special mention must go to Barry Edge, who has given so much help (in many ways) to this site over the years. Without Barry’s assistance and positivity, we do not think OVF would exist today. Our thanks to Barry and his family for his invaluable support.

We’re lucky to have received many photos and images over the years so a big thank you to everyone who has contributed. A special thanks to Alex Steventon and AS Photos for providing many of the current photos used on this site as well as Gerard Austin (ActionFreeze images) and Paul Humphreys for many other photos.

We dearly miss administrator Pete Tindall who contributed so much to OVF before he sadly passed away in 2013. Pete was a fantastic and hugely popular person and OVF is the poorer for his passing.

Rob Fielding dedicates this site to “Gerry Fielding – who once decided to take his son to a dreary Vale home defeat against Lincoln City, way back in 1980. We’re both still going to this day! If it hadn’t been for my Dad, this site and my love of this football club may never have happened… Enjoy the site!” 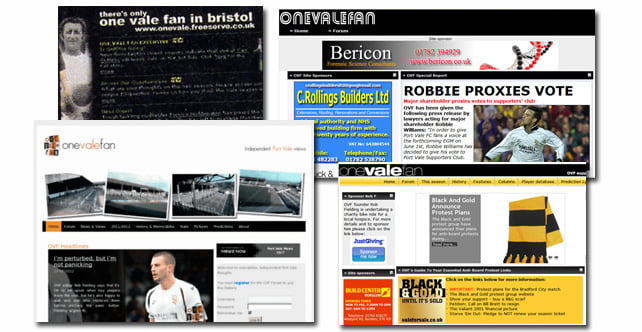 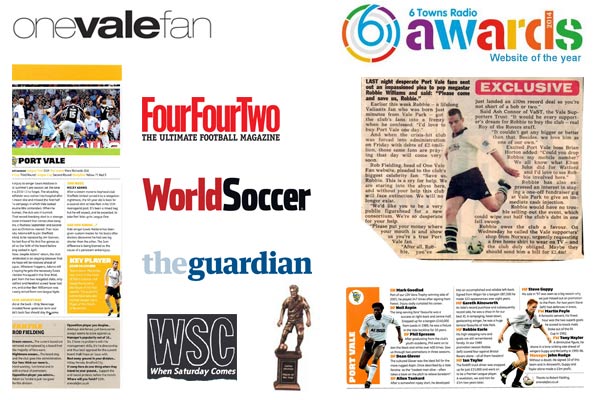 Some articles and awards on other websites 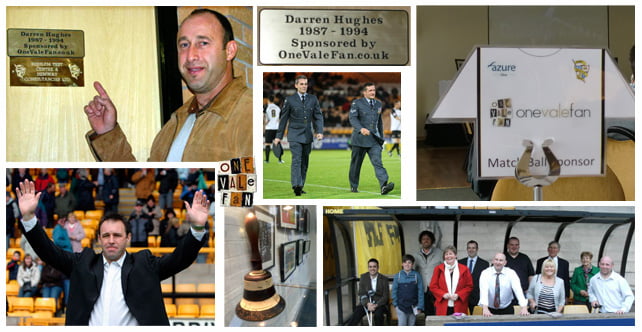 * Included in this montage is OVF-arranged visits for former players Darren Hughes and Andy Jones, our Help for Heroes day when we welcomed back two Valiants who had recently served in Afghanistan as guests of honour, our match sponsorships, our executive suite sponsorships and the Vale Vaults exhibition. Phew! If you’ve reached this far, we hope you’ve learned plenty about the onevalefan website now!