Can Port Vale secure a valuable away victory at Northampton Town? Here’s our brief guide…

Pope back in contention as attention returns to playing side 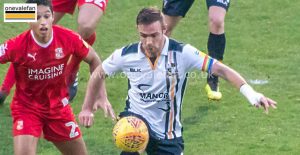 The loss to Forest Green Rovers was overshadowed by events off the pitch following an extraordinary statement by owner Norman Smurthwaite. The statement prompted a bid from Synectics Solutions while Smurthwaite claimed an Asian consortium was also interested.

So back to matters on the pitch… Vale have been handed a boost with the news that top-scorer Tom Pope has returned to full fitness and is in contention for this game.

“We need a response on Saturday, Cheltenham has gone and now we move on…”

Northampton in the lead historically 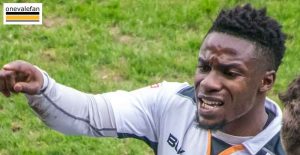 The home side hold the advantage over the years with 29 wins to Port Vale’s 20. There have been 20 draws. The last time the two sides met was earlier this season when Vale won 2-0 thanks to goals from Ben Whitfield and Manny Oyeleke (right). The Valiants have lost on their last two visits to Northampton with their last win coming back in 2012 – a 2-1 win thanks to goals from John McCombe and Sean Rigg.

Get help with mobile casinos

If you’re looking for a great online casino, then FortuneFrenzy – £5 free and bonuses available – where you can find mobile casino reviews helping you to locate the very best deals and seek out top-notch sites that won’t disappoint.

Curle in charge at Town

Well-travelled 55 year-old Keith Curle has been in charge at Northampton since October 2018. Curle has also had spells with Carlisle United, Notts County and Mansfield to name just three of his former clubs. His record at Northampton is thirteen wins in 38 games.

Foley could feature against Vale 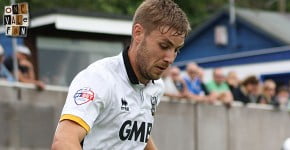 Former Port Vale midfielder Sam Foley could face his former club. The 32 year-old spent two years at Vale Park between 2015 and 2017 making 77 appearances and scoring seven goals. Foley joined Town in 2017 and has made 33 appearances this season scoring once.