Striker Will Swan joined Port Vale on loan in February 2021 becoming the fifth Nottingham Forest player to join the club on loan in the last four years. There have also been two permanent transfers and a couple of unsuccessful trials.

Why is there so much activity between the two clubs? The moves have multiplied in recent years due to former Port Vale defender Phil Sproson. The former Port Vale stopper is now a football agent and is a close friend of Nottingham Forest academy manager (and former Port Vale loanee) Gary Brazil.

As a result several of Sproson’s clients are on Forest books. The youngsters are currently unable to get into the Championship side’s first-team but may benefit benefit from League Two football. So, with the agent’s connections to the Valiants, Sproson has approached the club about several of them in recent years.

The moves have, on the whole, been successful. Both Adam Crookes and Jake Taylor are now permanent signings while Tyler Walker’s loan move was a success until injury intervened. 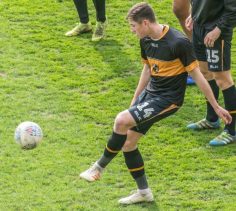 Loans, trials and transfers – moves from Forest to Vale

January 2017: Port Vale sign Nottingham Forest striker Tyler Walker on loan. The forward has a promising spell but it is unfortunately ended early through injury.

Summer 2019: former loanee Adam Crookes signs for the Valiants on a permanent deal.

August 2020: midfielder Jake Taylor joins the Valiants on loan after a successful trial spell with the club. The move is so successful that the Vale attempt to sign Taylor on a permanent deal before extending the loan until the end of the season.

Summer 2020: Nottingham Forest youth striker Kieran Hayes spends time on trial with the Vale. However, the club decide not to sign the player.

January 2021: the Valiants re-sign Nottingham Forest midfielder Jake Taylor for an undisclosed fee on a three and a half year contract.

February 2021: Port Vale sign Nottingham Forest striker Will Swan on loan until the end of the season.