After the trauma against Lincoln, Vale picked up a much needed away win at Oldham thanks to Tom Pope (right) scoring from the penalty-spot. However, manager Neil Aspin acknowledged
that the team did ride their luck at times.

After the starting eleven was re-jigged for the Oldham trip, it would come as no surprise if Aspin stuck with the same eleven even though striker Ricky Miller is available again.

We appreciate that many UK-based Valiants cannot attend the game for work reasons or other commitments and if you are unable to do so, you will be able to pay to watch the game live on the iFollow service.

“It’s pleasing that I’ve come in today and there’s been no reaction to Saturday because there was obviously a few people who were battered and bruised and a few tired legs. There was nothing that I can see that will affect what team I can put out Tuesday so I’m pleased to get through that game unscathed…”

“We have to make sure that we turn up in our numbers, be on the front foot, and make sure we apply ourselves. I know that we will turn up on Tuesday because we are so disappointed about today’s result, especially with how long we had to work hard for. We will get that out of our heads in the next night or so, and make sure when we come in on Monday preparing for Tuesday that we are really at it. We have to roll our sleeves up now, come against Port Vale on Tuesday and scrap for everything. However we get the result, we have to get it. Three points is all that matters…”

Former Stevenage player “Dino” Maamria had a long playing career mainly in non-league circles. He began his managerial career at Northwich Victoria and joined Stevenage as manager in March 2018. He has now been in charge for twenty six games. 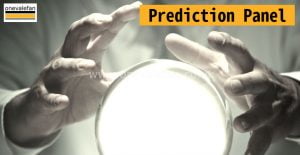 Hows does our OVF Prediction Panel think the match will unfold?

Will they do better than their predictions against Oldham where just one out of the six entrants picked the right score?

Find out their latest predictions here.

The two sides have met nine times and Stevenage have the slight upper hand with three wins to Vale’s two. There have also been four draws. Vale have only won once at Stevenage and that was in the FA Cup. Will this fixture see them break their League duck? 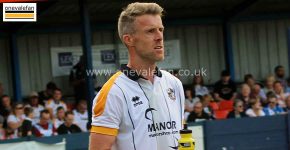 Michael Tonge has slipped down the pecking order after joining the Valiants in the summer of 2017. The veteran midfielder was signed by former manager Michael Brown but has been used more sparingly by Neil Aspin. So Tonge is unlikely to face his former club on Tuesday evening. The 35 year-old midfielder joined Stevenage in 2015 and made 56 appearances, scoring three times.

Want to follow the action then why not get this free download of the Bet365 app courtesy of our friends at Betting Apps 365?