Former Port Vale manager Gordon Lee has passed away at the age of 87.

Lee started his management career with the Valiants in May 1968 when he succeeded Stanley Matthews.

An archetypal modern manager who was focussed on coaching, he transformed a then poor Fourth Division outfit. Lee signed influential players such as Johnny King, Brian Horton and Sam Morgan and guided the club to promotion to the Third Division in 1970.

He left the Valiants for Blackburn Rovers in 1974 and went on to manage Everton.

His Vale record stands as a creditable 37% win ratio after over 250 games in charge. 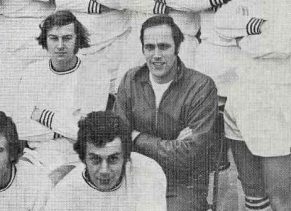