A colour team photograph of the 1969 to 1970 Port Vale promotion winning team.

This colour photo shows the Port Vale players for the 1969-70 season. The season ended with Vale securing promotion with a fourth-placed finish under manager Gordon Lee. John James was the top-scorer with seventeen goals while John Green was named as the player of the year. 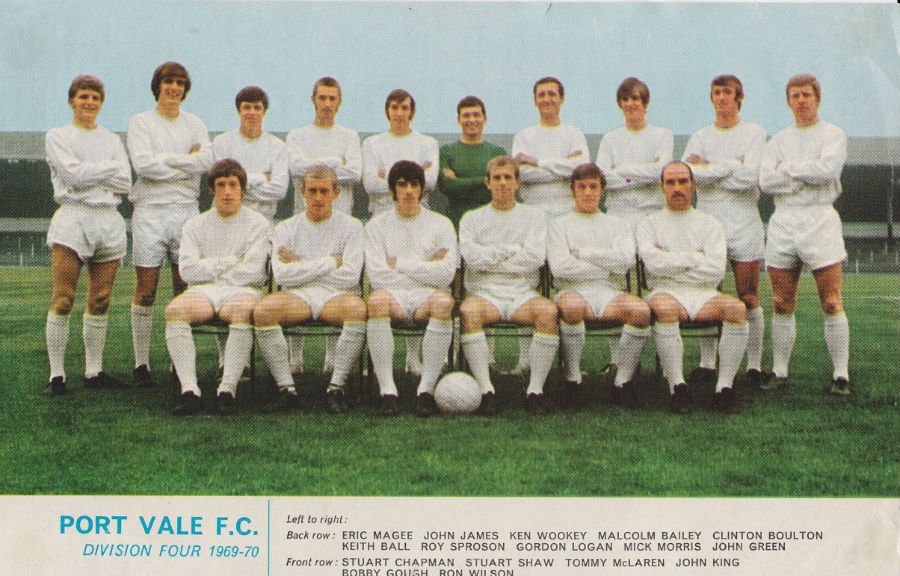