The 24th August 2020 is the seventieth birthday of the first competitive game to be played at the Vale Park stadium.

Port Vale FC started to look for a new ground in 1944 after being informed by Stoke-on-Trent council that the lease on their Old Recreation Ground stadium would not be renewed.

Later that year, Hamil Road in Burslem – the site of a former clay pit – was chosen. It was situated opposite Burslem Park, where the club had played its football in the early years of its existence. A hugely ambitious project, it soon became known as the Wembley of the North due to the size and capacity of the ground.

At £100, the pitch was the most expensive laid in the country at the time. However, the club ran out of money during the six year build and all the stands could not be completed. The initial cost of the ground was £50,000 and on its opening day it boasted a capacity of 40,000 with 360 seats.

To give some cover to supporters, the Swan Passage stand from the Old Recreation Ground was taken apart, moved across the city and re-erected on the Bycars End as the funds to build an entirely new stand had ran out. A small part of the Swan Passage stand can still be seen above the Family stand and we’ve written an article on that stand. 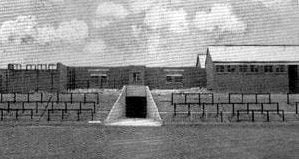 We’ve got a number of features on the Vale Park stadium and the links to them are below:

30,196 fans turned up on August 24th 1950 to see Port Vale FC take on Newport County at their new ground. They sang songs to celebrate the opening (see the images below) and celebrated as forward Walter Aveyard scored the ground’s first goal as Port Vale won 1-0. 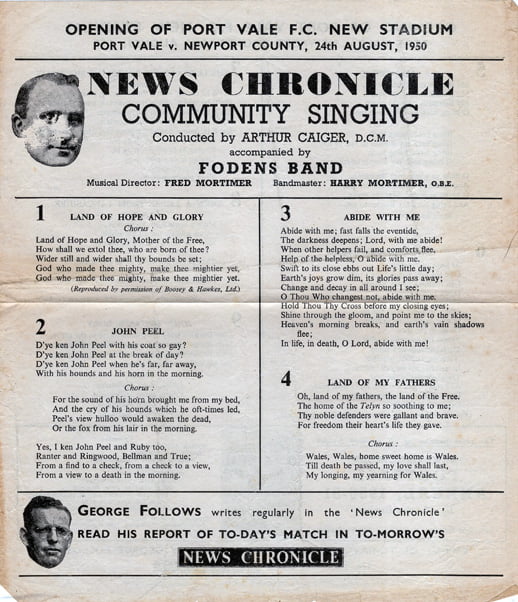 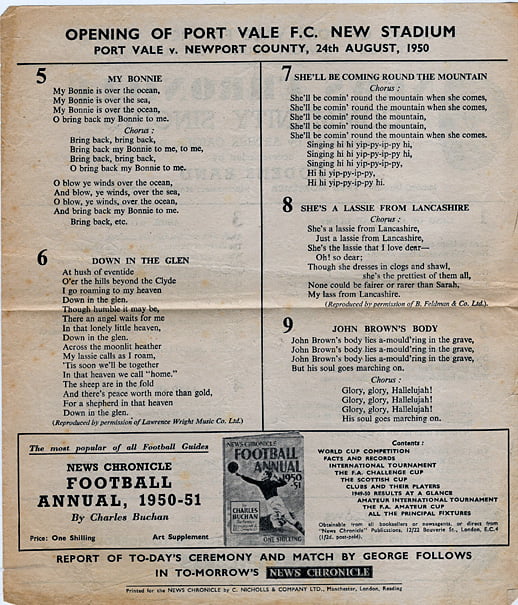