The story of Port Vale booklet

The following text, images and captions have been reproduced from the rare The Story of Port Vale booklet, which was published in 1950 to commemorate the opening of the Vale Park stadium. 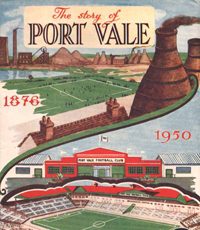 The following images and captions are all taken from the book: 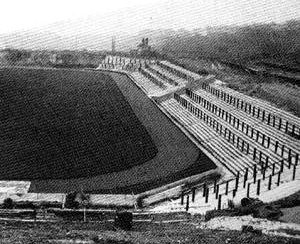 The first concrete terracing was laid on the main stand side. This picture also shows the players run-out and the wide red ash track which surrounds the playing turf.

Erecting the stand on the popular end. 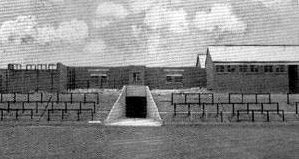 Over the dressing rooms and offices (shown here) the grandstand will eventually be built. 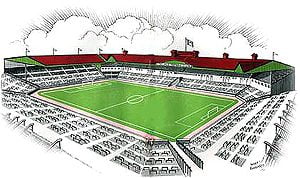 This is how the Hamil Road stadium will look when completed according to plan. As is generally known, building restrictions have delayed the Port Vale club in completing much of the intended covered and other accommodation. The provision of this will be the Board’s continuous concern and further constructual work will be undertaken at every opportunity to finish the balance of the scheme and bring the ground in full conformity with the view pictured here. 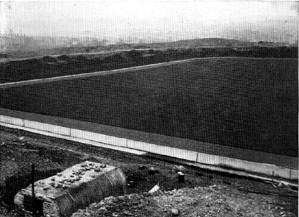 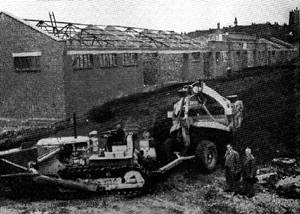 Bulldozers engaged on levelling operations at the Hamil Road entrance. 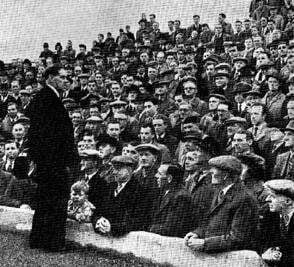 Supporters on the Hamil Road terraces listening to the Chairman explaining plans. 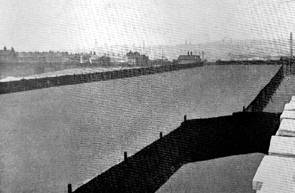 “For Port Vale Football Club to have retained its identity and maintained a continuous life for four and seventy years is an achievement to be proud. It indicates the local patriotism for which the Potteries is so well-known. On behalf of the Football Association, I send the club every good wish on entering its new home.”

Introductory text reproduced from the Story of Port Vale booklet

Port Vale Football Club stands on the threshold of probably the most important phase in its long history. This account will indicate the full and interesting part which Port Vale has played in the development of soccer from the early days. When the opening of the new ground its contribution is calculated to grow in importance.

Already Port Vale have constructed a fine ground and they consider that when it is complete, it will be one of the finest stadiums outside Wembley. Let us examine how this fine new ground has been built on the site of an old marlhole.

The considerations governing the design of the ground were mainly the provision of a full-sized playing field on which representative matches could be played, a quarter-mile running track all round the playing field and a maximum capacity of 70,000 spectators, all of whom would have an uninterrupted view of the whole arena.

Much still remains to be done in the way of increasing the terracing and building stands and other covered accommodation to fulfil the original plans, and the club will not be satisfied until they have reached their objective. The work will be zealously continued.

Supporters will be impressed by the spaciousness of the new ground and the players will appreciate the wide margin of turf outside the touchline.

Whatever name is given to Port Vale’s new ground, it will always be regarded as a monument to the drive and zeal of the club’s chairman Alderman W.A. Holdcroft. He took a leading part in the selection of the Hamil Road site and has guided the construction in every stage and detail from the time the first spade was used.

Not even a wealthy First Division side could have had more unfavourable conditions in which to tackle a great enterprise. Yet the Vale with its limited resources and ever-present neccessity of paying its way, has won through. Alderman Holdcroft with the staunch backing of his fellow Directors has pursued the objective with remarkable perseverance.

With a ground of which Port Vale and Stoke-On-Trent can be proud (says Alderman Holdcroft) it is our ambition to win our way back to the Second Division and after that to achieve First Division status for the first time.

The laying of the pitch was entrusted to a specialist firm and the most careful and elaborate attention was given to the question of the drainage, bed-strata, sub-soil and seeding.

It is now a carpet-like playing field with no superior in this country.

Excavating and levelling were not subject to licensing control and only when the constuctional work began had the licensing authority to be approached. All applications were closely scrutinised and only after strong and persistent representations had been made that permission was eventually given for work to proceed and then usually in a modified form.

The name Port Vale is one of the most attractive in English League football.

Outside the Potteries, there remains some uncertainty as to the location of Port Vale Football Club although the once-used prefix Burslem made its position clear to the older generation.

In distant parts of the county, people sometimes ask: “Where is Port Vale?” – and some still think of it as a seaside place. No doubt the “port” part has prompted this assumption. The word port occurs in various place names in Stoke-On-Trent, particularly in the district where the club was formed 74 years ago and probably derives from the days when canal transport figured prominently in local industry.

There does appear to be no precise data of the origin of the club. Accounts differ in detail according to the recollections of individuals. The club began as a local junior club in the Longport area of Burslem. In later years, when Arnold Bennett wrote of the town as Busley in his novel “The Card” he described a meeting of the local football club – obviously inspired by Vale.

It is not clear whether Port Vale started as an offshoot of a prominent football team in the location at that time – Porthill; as a combination of three teams – Wolstanton, Middleport and Burslem St Pauls; or as an athletic club that took up football.

The name borne from the beginning is believed to have been taken from Port Vale House, Alexandra Road, Longport where the first headquarters were established.

Mr Gordon Hodgson, the Manager, was well-known in the sporting world long before he came to Port Vale in 1946. He is remembered as one of the best inside-forwards the Liverpool club has ever had. Born in South Africa of English parents, he came to this country as a youth and was signed by Liverpool. He played for England on three occasions. Later, he went to Aston Villa and afterwards to Leeds United.

He was almost equally in the public eye as a cricketer. He was a Lancashire fast bowler at the time they won the Championship in 1930 and 1931. Under Mr Hodgson’s management the Vale have had one of their most successful seasons. He has done much to develop local talent. His ambition is to steer the Vale into the First Division and from there into first class company.

The new ground is easily accessible by road and rail. Parking for cars and buses is available on the east and west sides of the enclosure and give accomodation for 500 cars.

The latest plant has been installed to supply heating and plentiful hot water to the dressing rooms, referee’s and linesmen’s quarters, offices and other rooms.

Those whom misfortune has made dependent on invalid carriages have not been forgotten. For these people a special entrance gives access to a reserved section of the enclosure so that their infirmity will not preclude the enjoyment of watching football matches.

Expenditure on the new ground, up to the time of opening will have been at least £50,000. 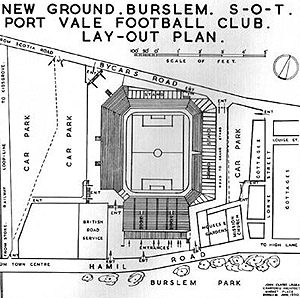 These two images (below) were not actually taken from the “Story of Port Vale” book but both show the construction of the new stadium. 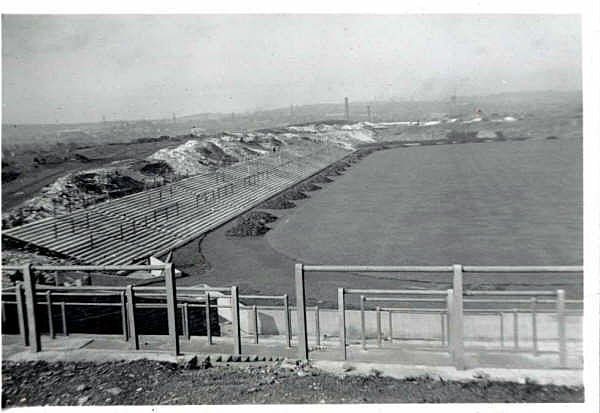