The quiet centurion of Vale Park…

Nestling quietly in the corner of the Vale Park stadium is an often overlooked but unique slice of club history.

The “family stand” corner is not glamorous overshadowed as it is by the larger Railway and Bycars stands, but its story is a fascinating one as the “family stand” contains the last remnant of Vale’s Old Recreation Ground in Hanley.

In 1950 when Vale Park was nearing completion, the club was fast running out of money and unable to complete the ambitious new stands it intended. The ground would simply be windswept banks of terracing without any cover for fans unless a cheaper solution could be found,

As a last resort, the club asked if it could remove the Swan Passage stand from the Old Recreation Ground and re-erect it at Vale Park. The application was initially rejected but eventually the council relented. Vale Park had its first covered stand until the Railway Stand was built some years later.

Here is the reconstruction of the Swan Passage at Vale Park in 1950: 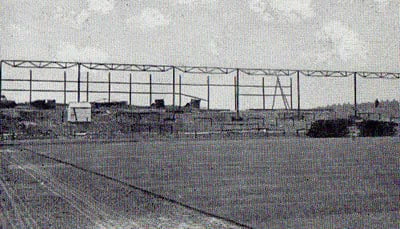 You can see the old Swan Passage stand stretching across the Bycars on this image from the 1980s:

But when the new Bycars stand was erected it was nearly all demolished: 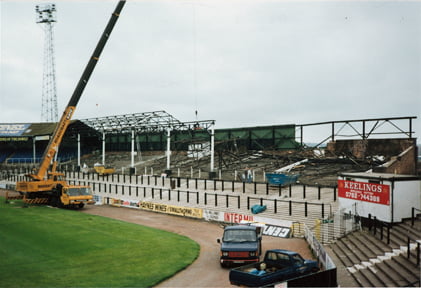 Nearly… because a small portion was kept intact above the family stand corner. You can see it just to the left of the crane on the above photo. That would remain the framework of the “family stand” roof until this day. 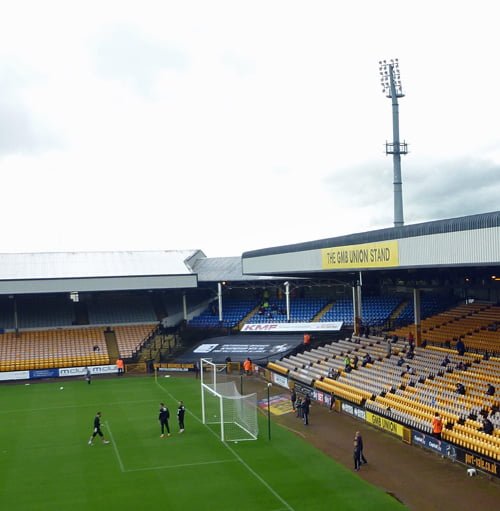 That stand is now well over a hundred years old making it by some distance the oldest structure at Vale Park and it is also the only part of the Old Recreation Ground which is still in existence.