This photo shows Andy Jones celebrating scoring all four goals in the 4-0 home win over Aldershot Town in August 1987. It completed a remarkable couple of home games for the Welsh International. Jones had netted five times in the 6-1 home win over Newport County at the end of the previous season which meant he had netted nine times in two home games. The striker was sold for a club record £325,000 fee to Charlton Athletic a month later. 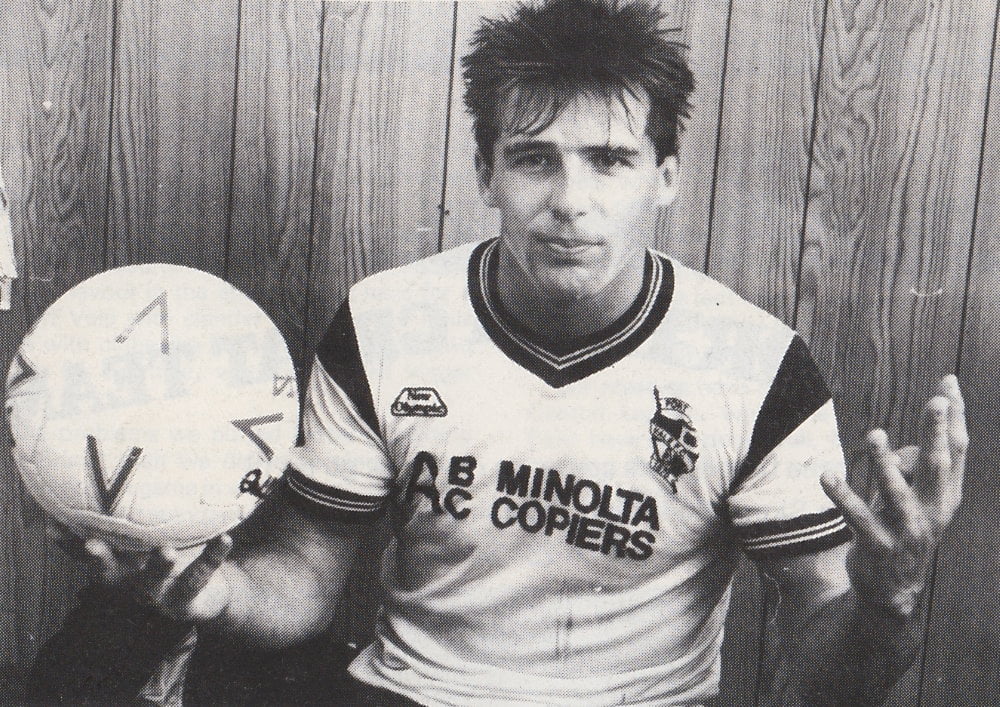