Andy Jones proved to be a prolific striker who joined Port Vale FC for a fee of just £3,000 from Rhyl in 1985. He quickly became a regular in the first-team and was joint top-scorer in the 1985-86 season. He then equalled the post-war scoring record with 37 during the 1986-1987 season – a tally that included a hat-trick against Fulham and five goals against Newport County. He was duly named the side’s 1987 player of the year. His goalscoring exploits saw him picked for the Wales International side and he scored on his debut against Finland.

He started the 1987-88 season with four goals against Aldershot before he was sold for a club-record £375,000 fee to Charlton Athletic.

He returned for a brief loan spell in 1989 when he scored three times in seventeen games while Charlton also turned down a Port Vale bid for the striker. 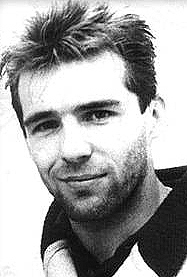 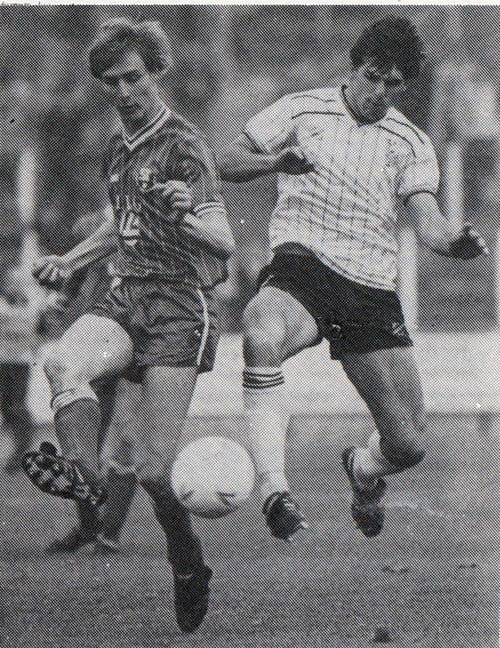 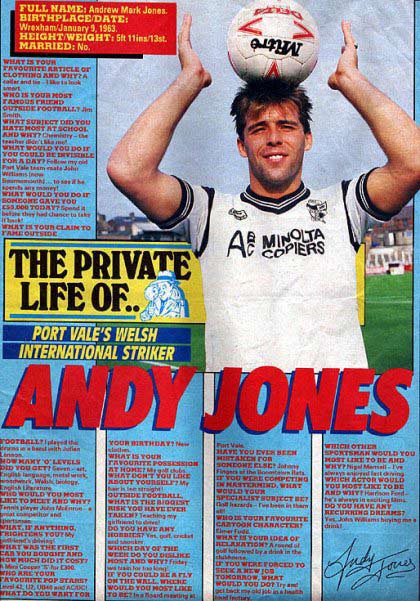