Many older Port Vale fans remember the memorable characters and matches of the eighties and OVF hopes this feature brings back some happy memories. OVF also hopes that this feature entertains younger fans who are keen to look back at the club’s past.

The Valiants won three promotions during the decade making it a remarkably successful era for the club.

Here are images of the promotion to Division Three at the end of the 1982-83 season: 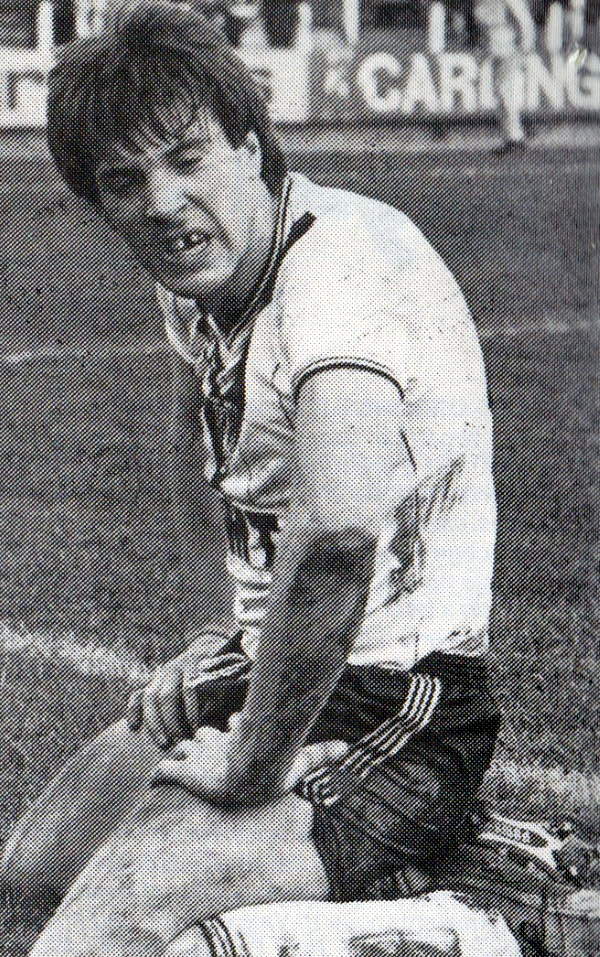 (Top) Top-scorer Bob Newton is frustrated after missing a chance and shown celebrating in front of Vale fans (below). 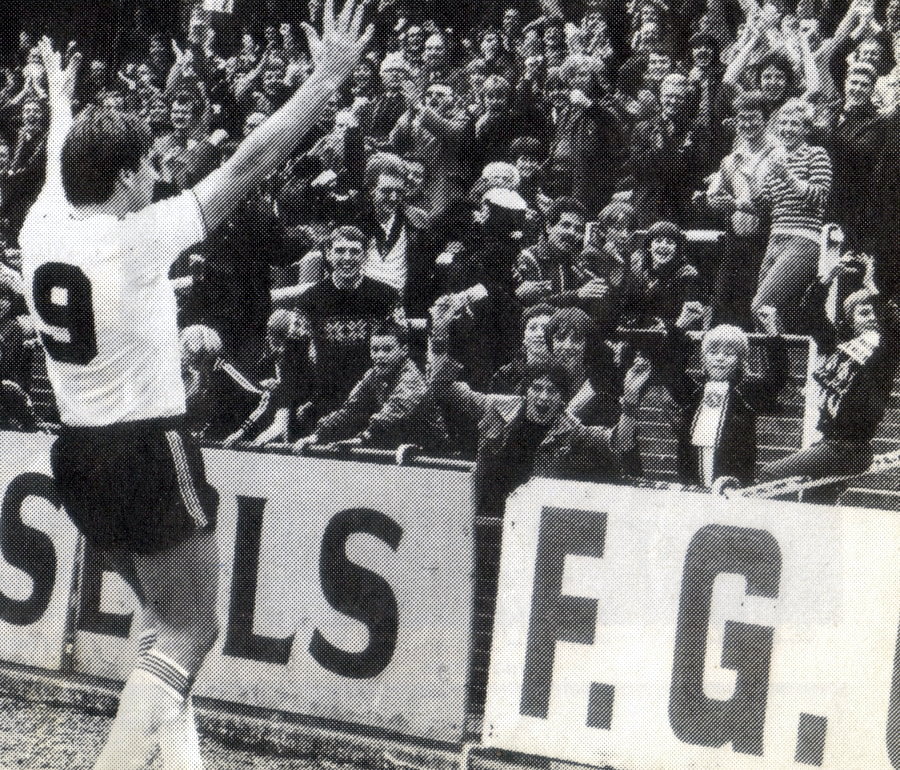 Tricky winger Steve Fox (below) was a firm fans’ favourite. 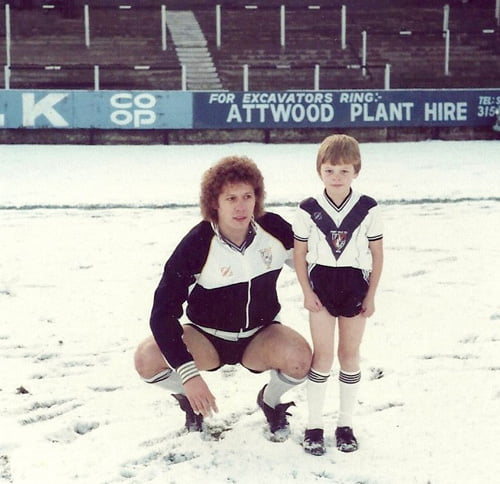 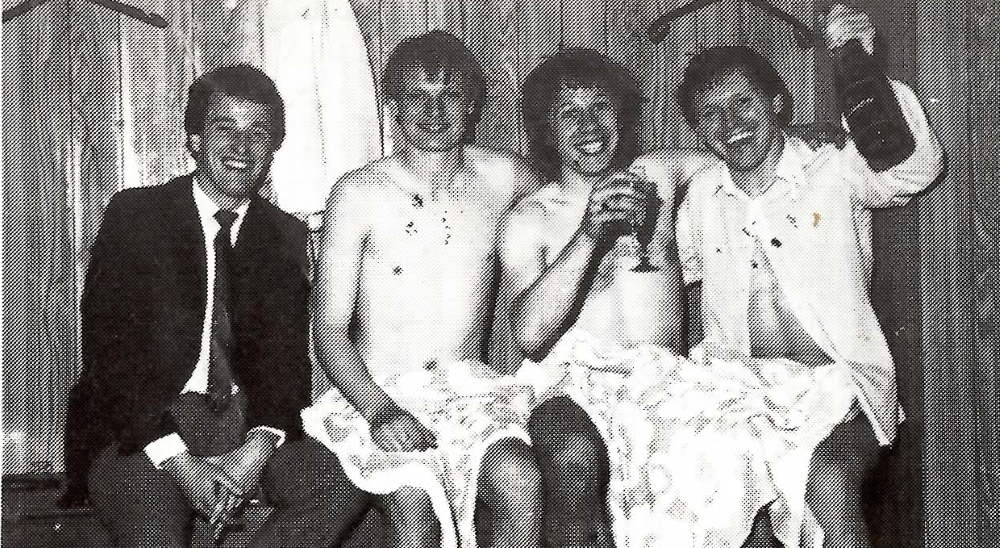 A crowd scene (below) from the final home game of the season as the club celebrates promotion: 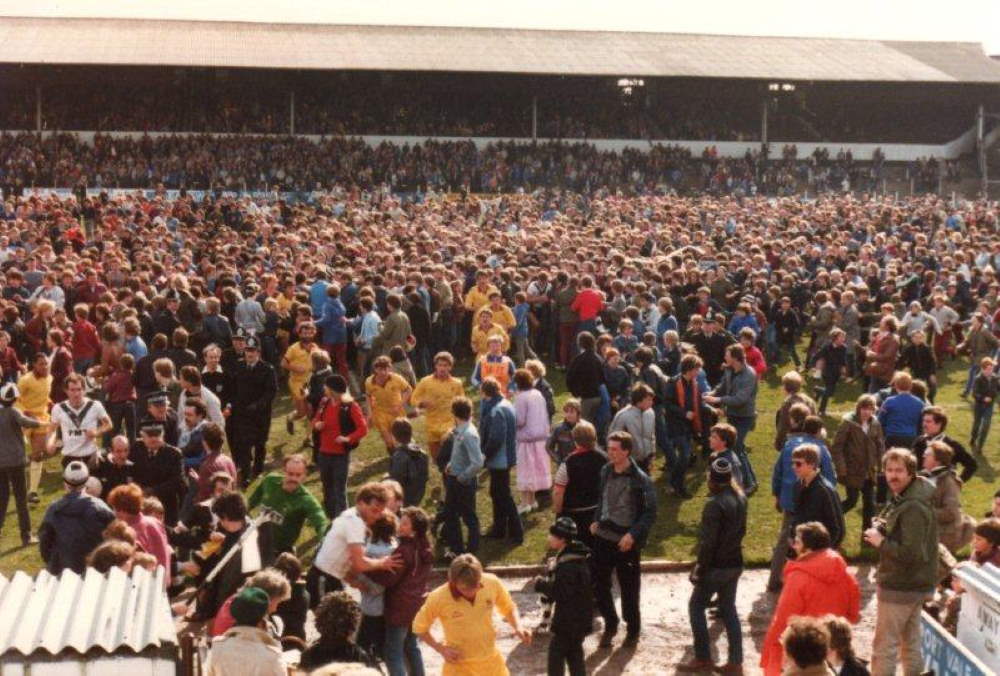 The side bounced back from relegation in 1984 by going up again under new manager John Rudge. Pictured below are strikers Robbie Earle and Andy Jones in action: 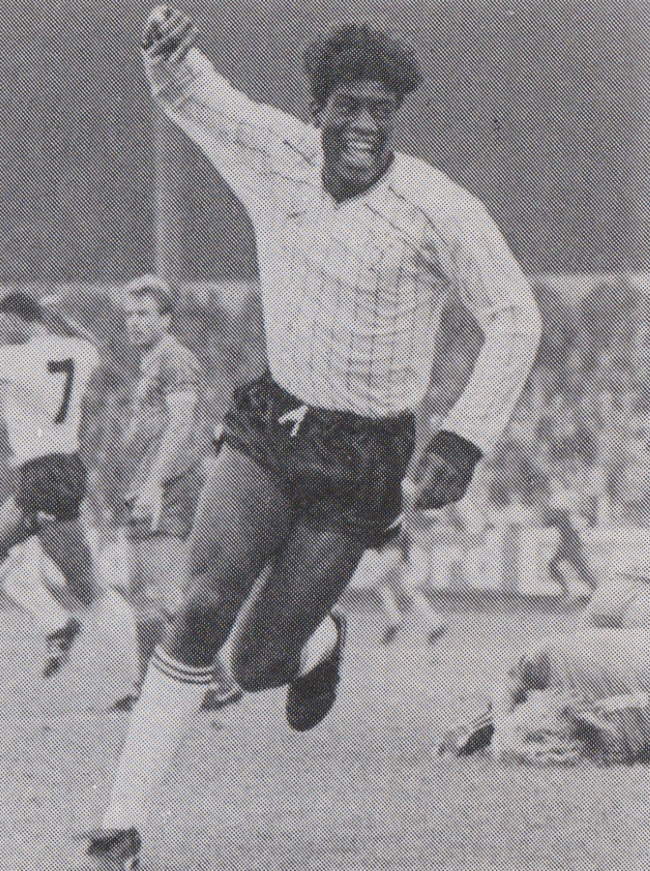 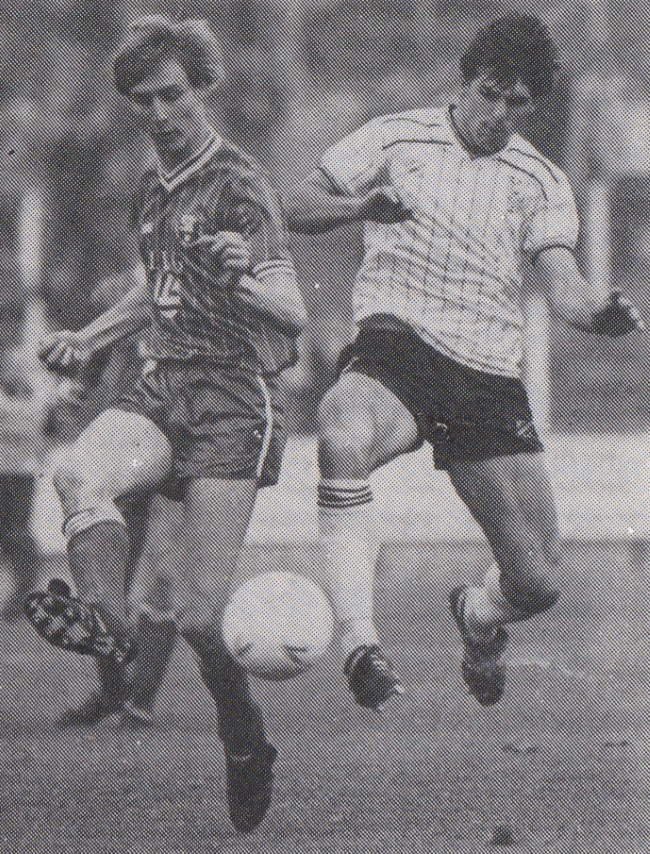 Rudge led the side into the second division with promotion through the play-offs in 1989. Robbie Earle memorably scored the winning goal in the play-off decider against Bristol Rovers and broke down in tears of joy afterwards: 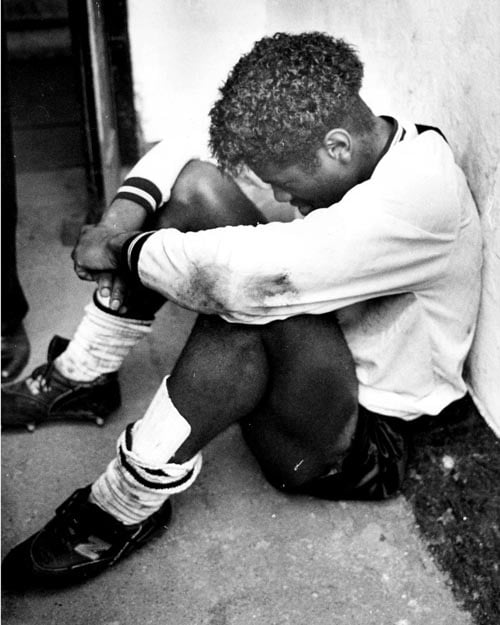 Up for the Cup!

One of the more memorable giantkillings in the history of the club was Port Vale’s 1988 win over Tottenham Hotspur. Ray Walker and Phil Sproson scored the goals as John Rudge’s side defeated Terry Venables’ cup holders. Ray Walker (below) scored the opener. 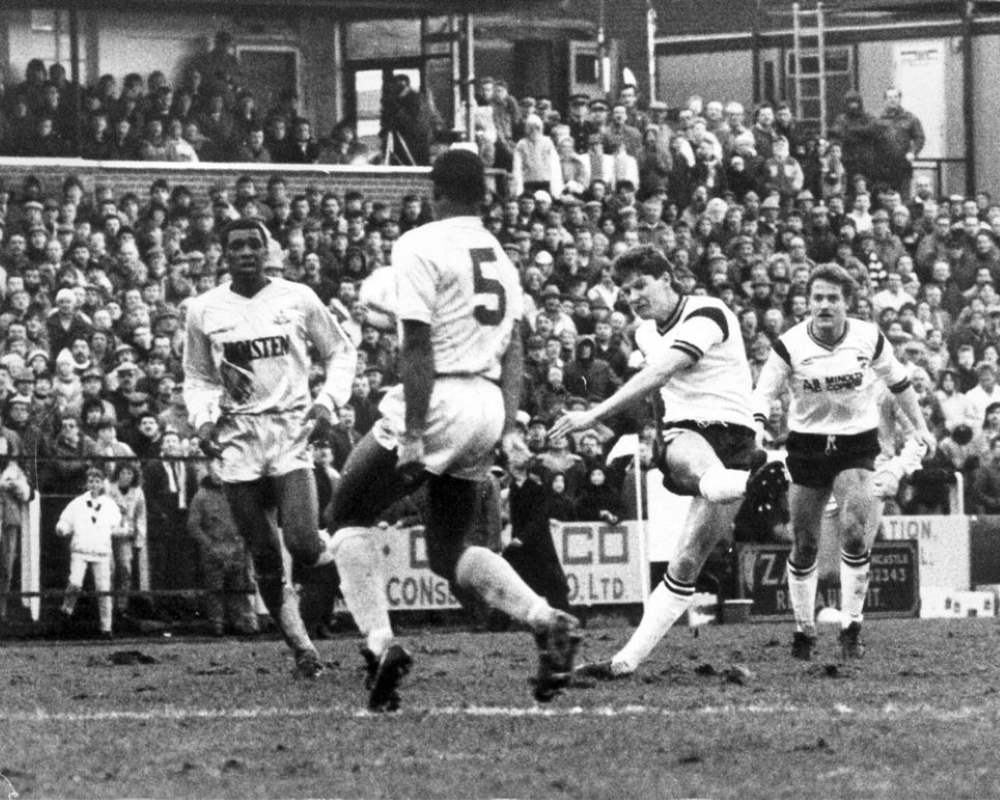 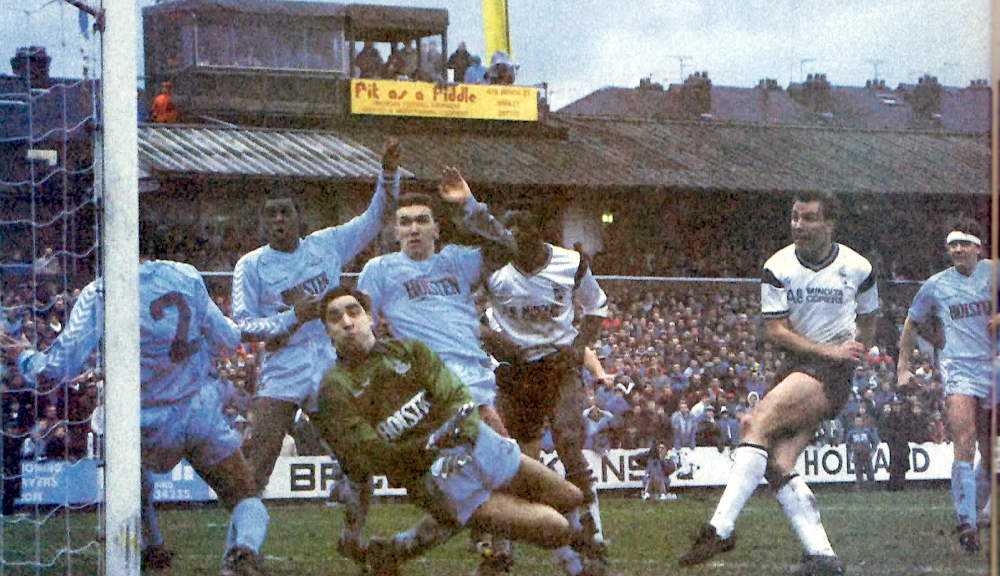 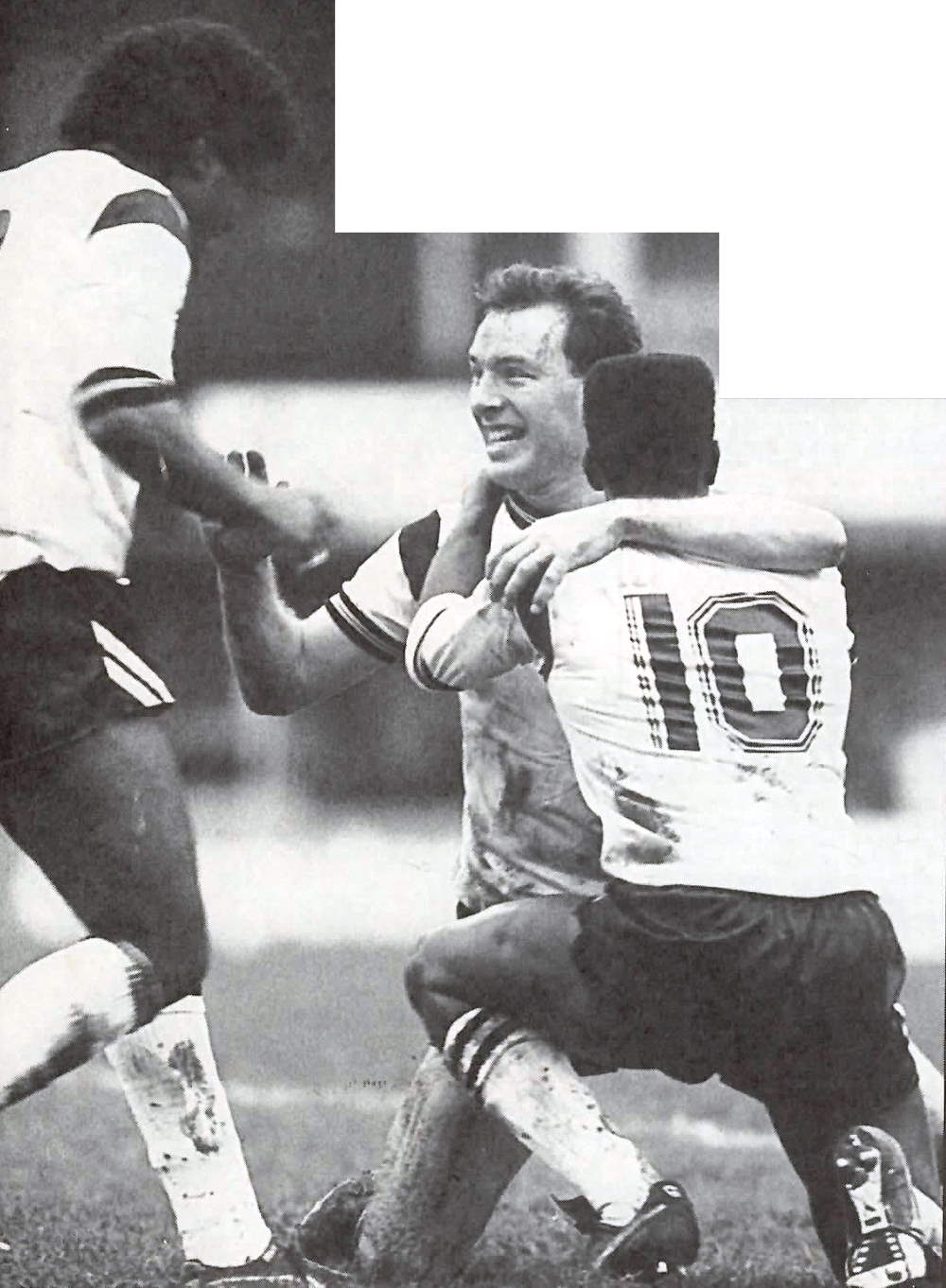 Here’s some press coverage of the game: 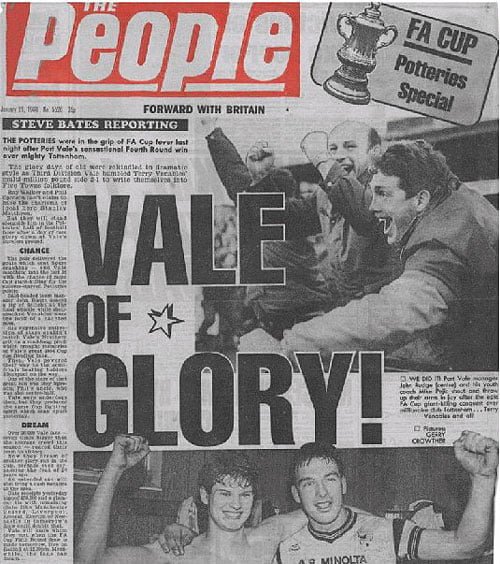 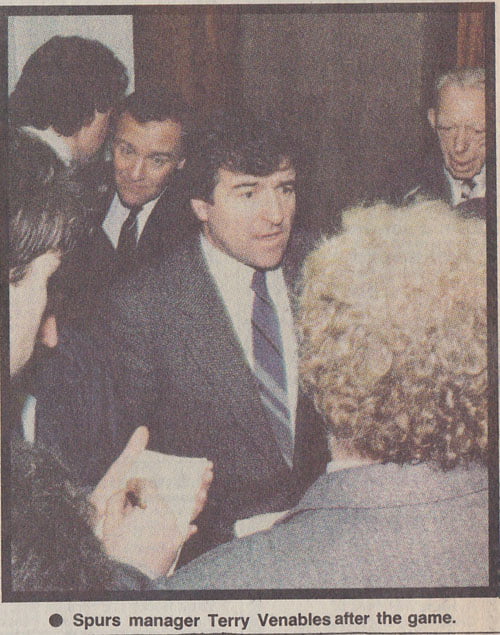 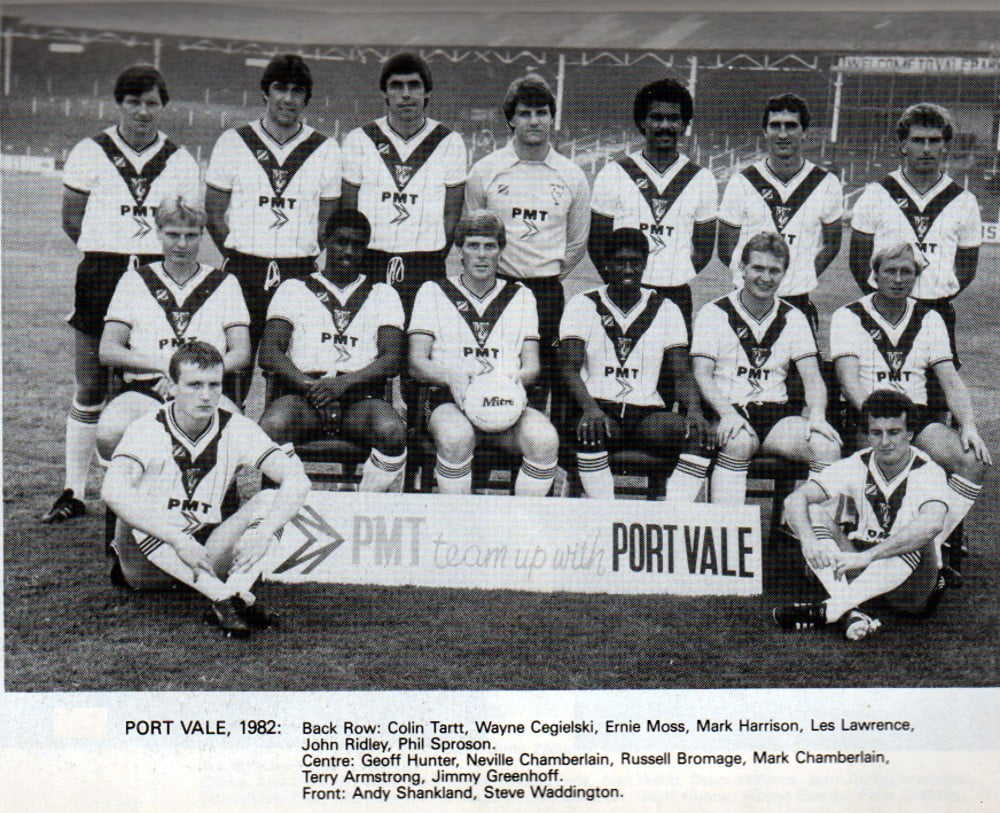 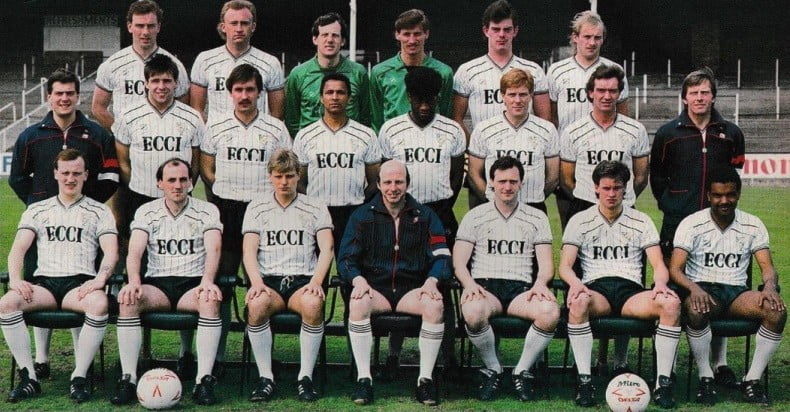 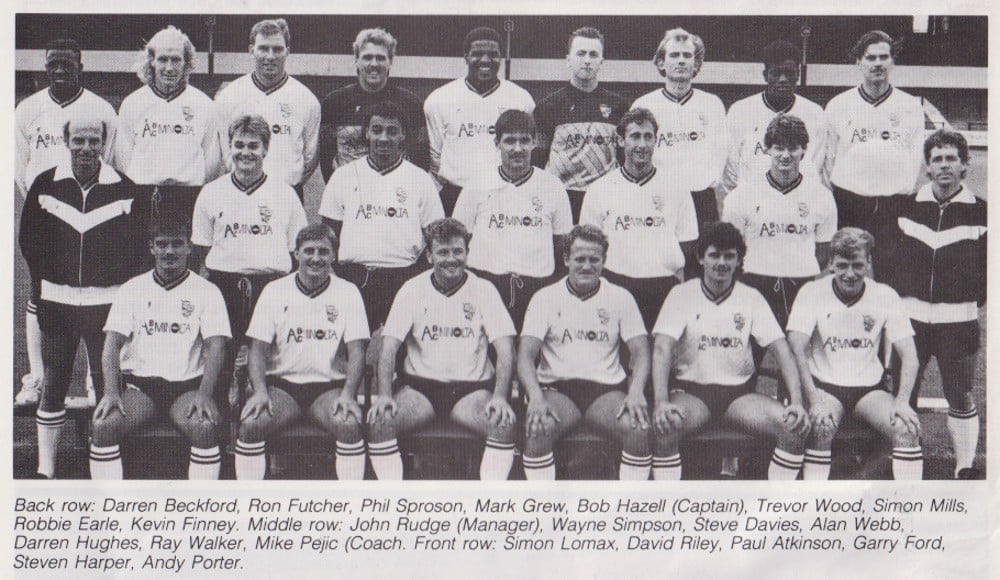 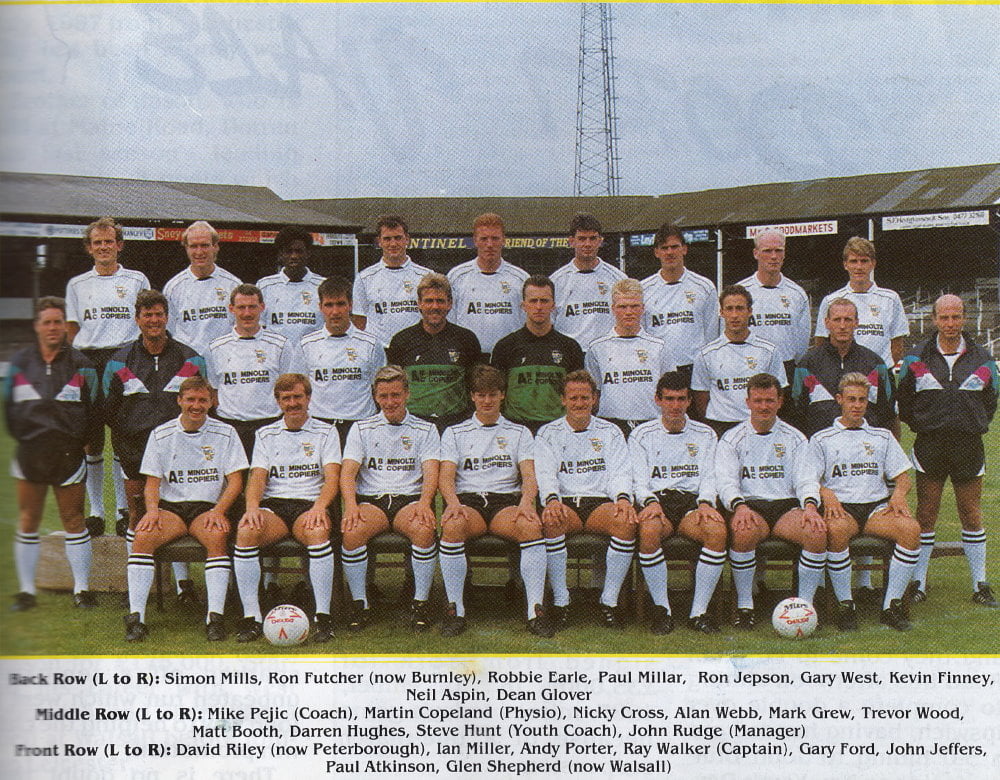 A look around Vale Park in the early 1980s 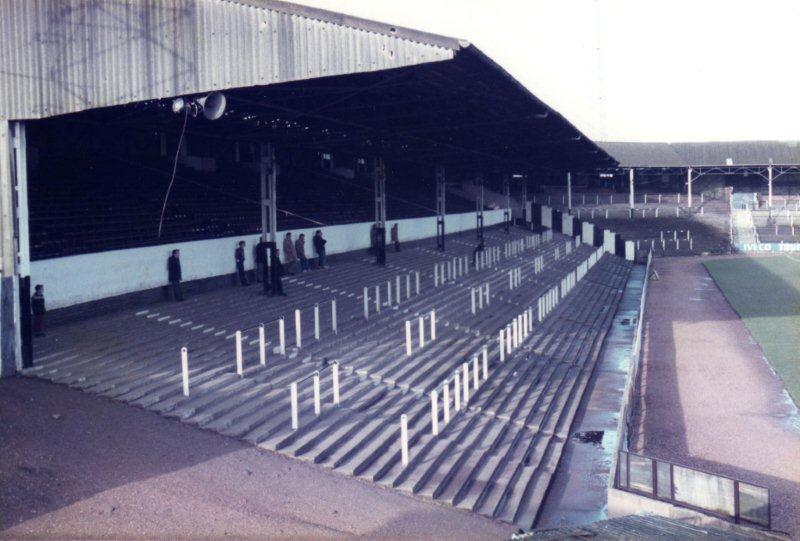 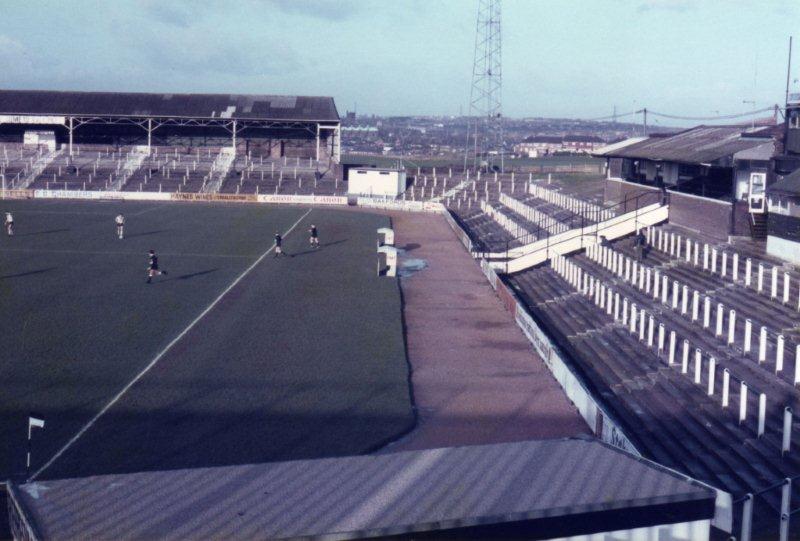 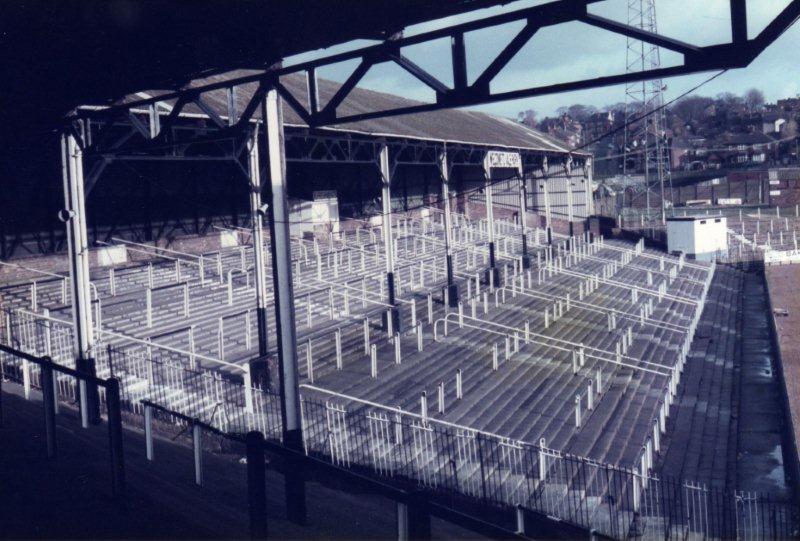 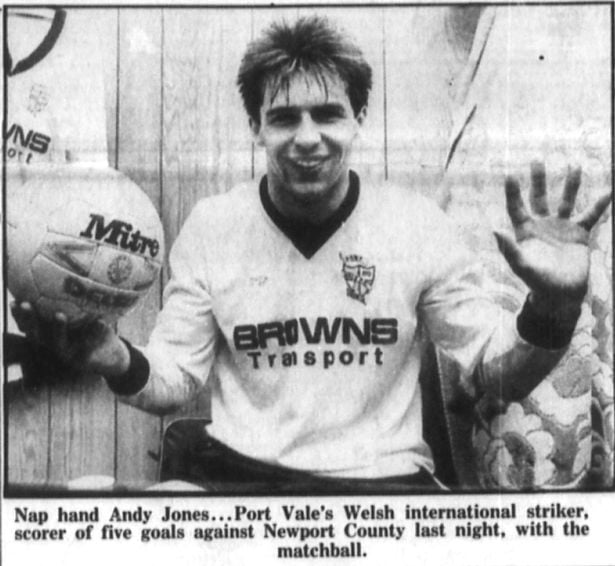 Paul Smith (below) pictured in action against Carlisle United during the 1986-87 season. 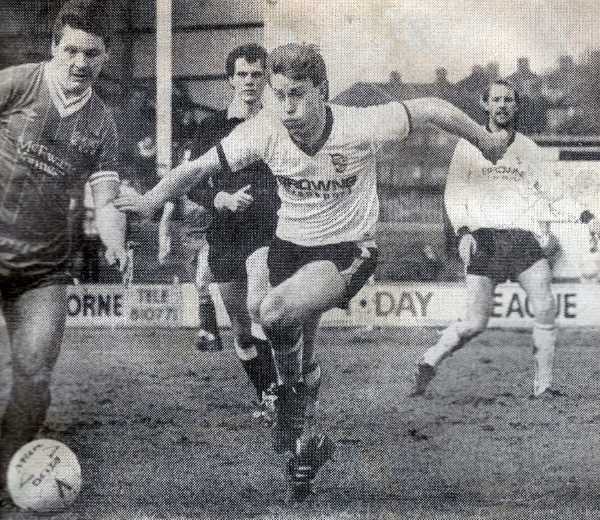 Port Vale sign former loanee Ray Walker on a permanent deal (below) – a pivotal moment in the club’s history. 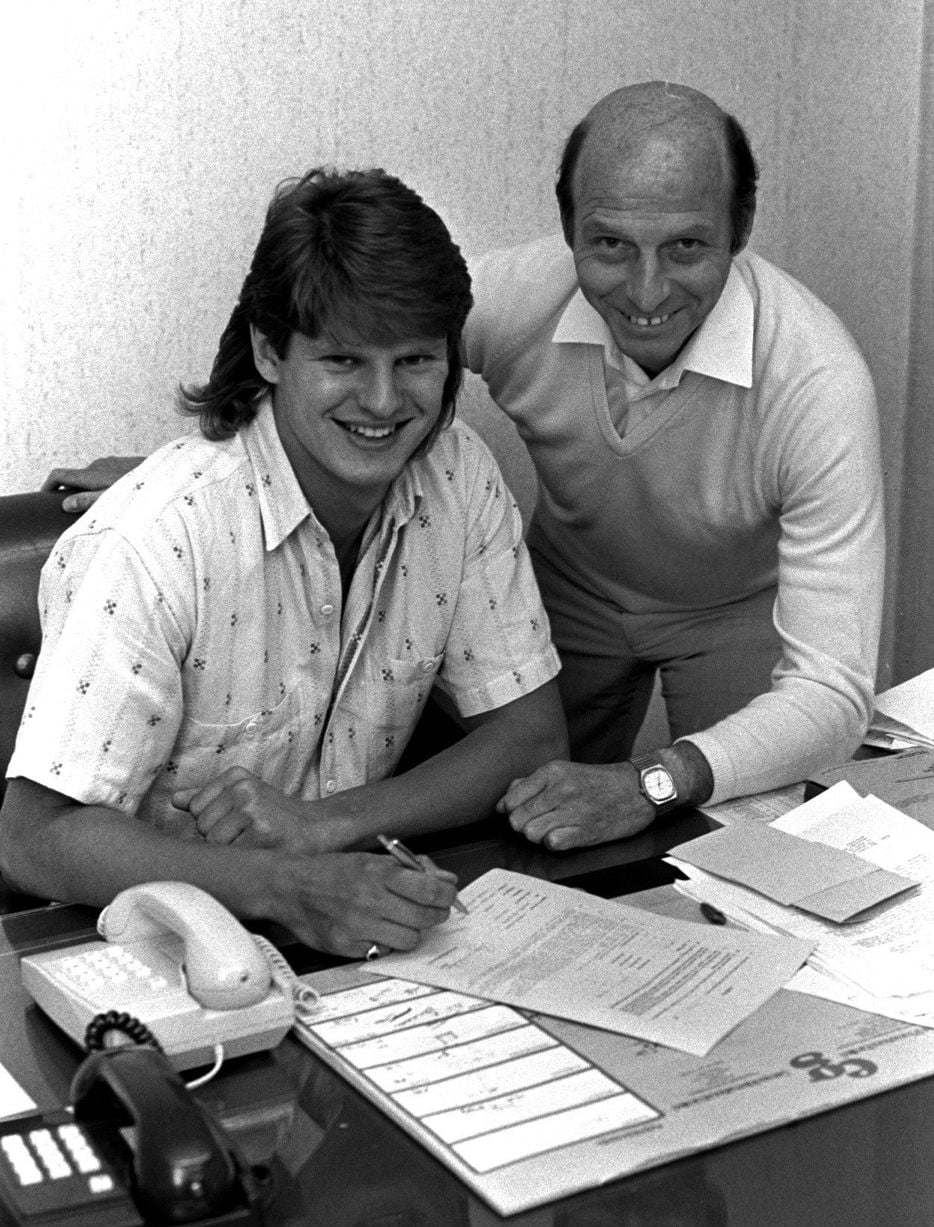 Phil Sproson, John Rudge and Ray Walker (below) listen out for the FA Cup draw in 1988. 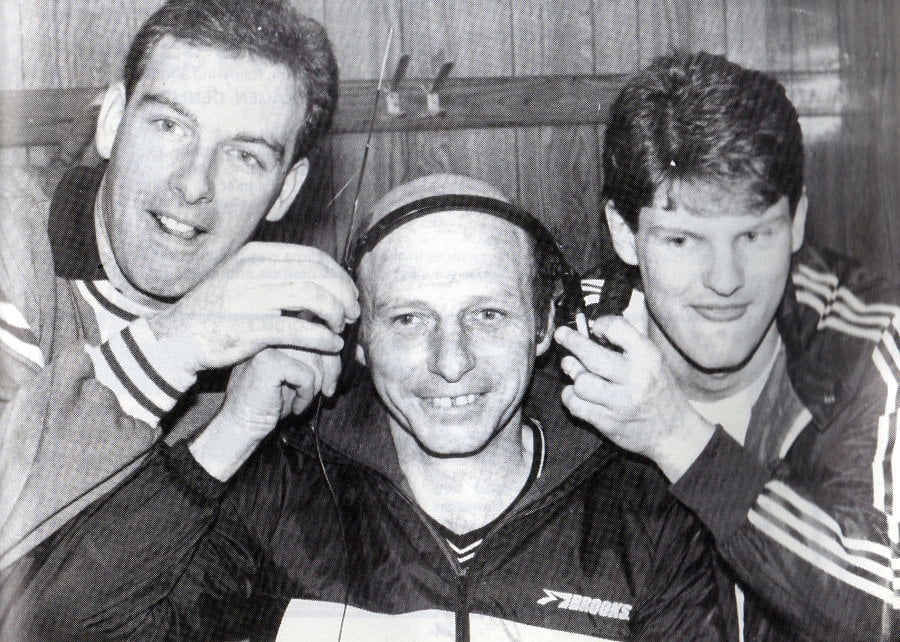 Finally, here’s a few front covers of Port Vale programmes from this era. 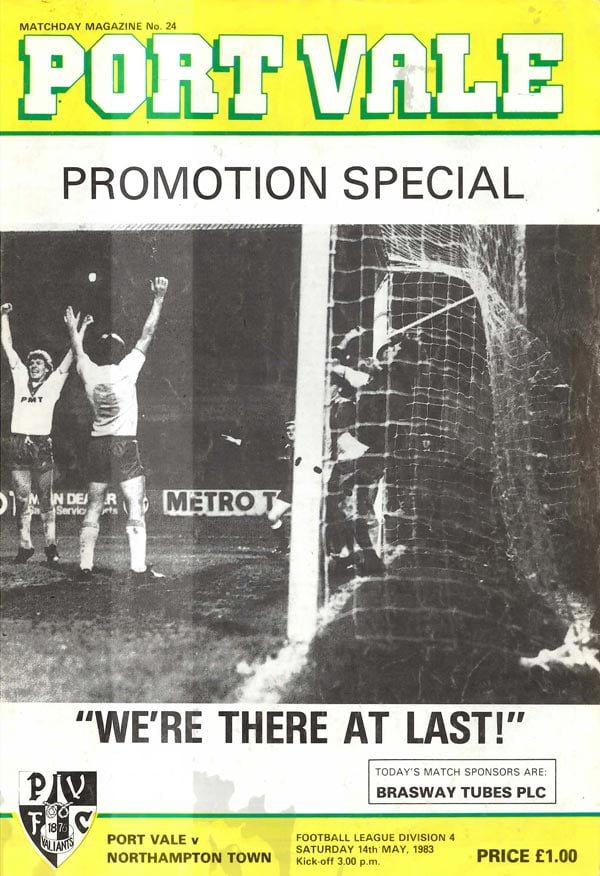 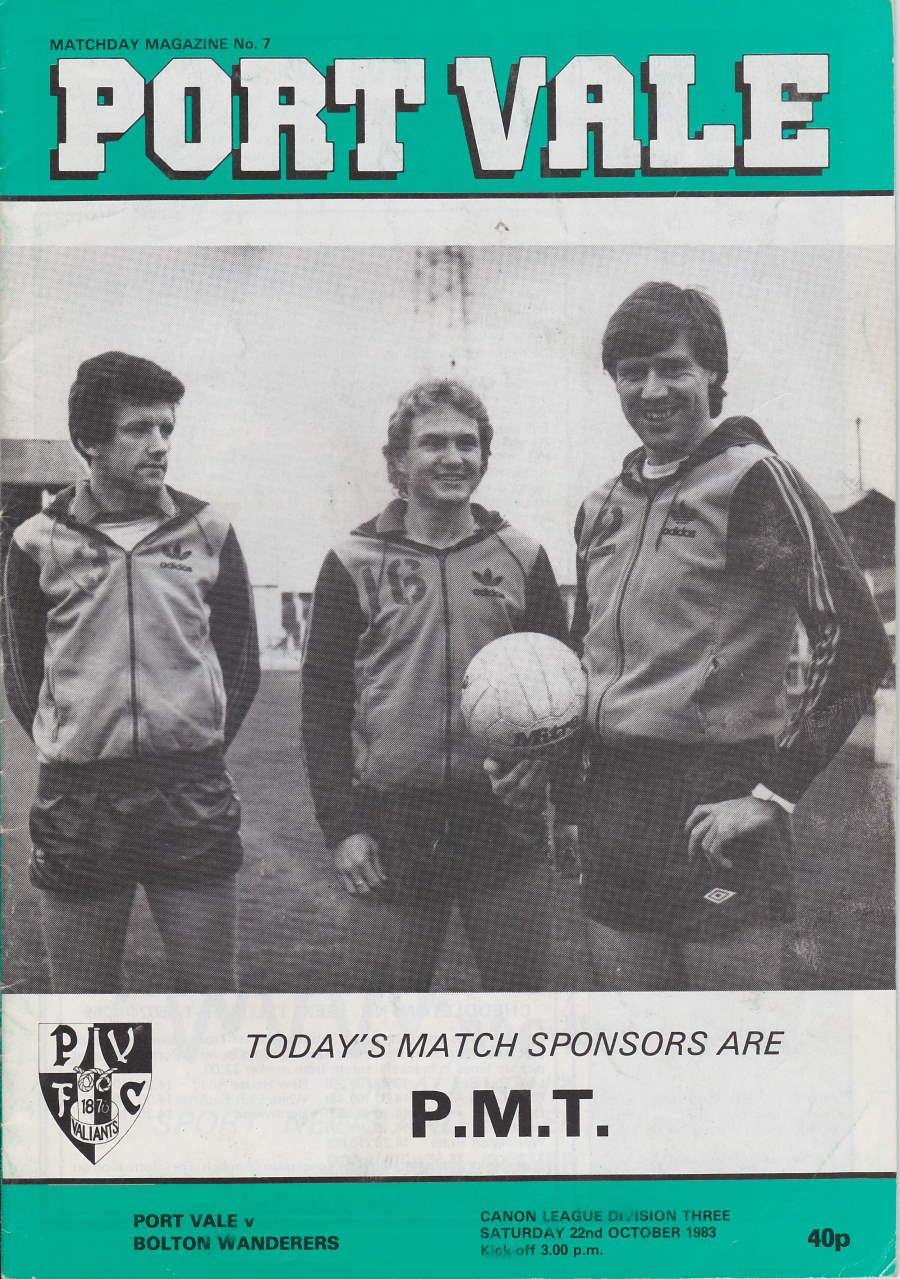 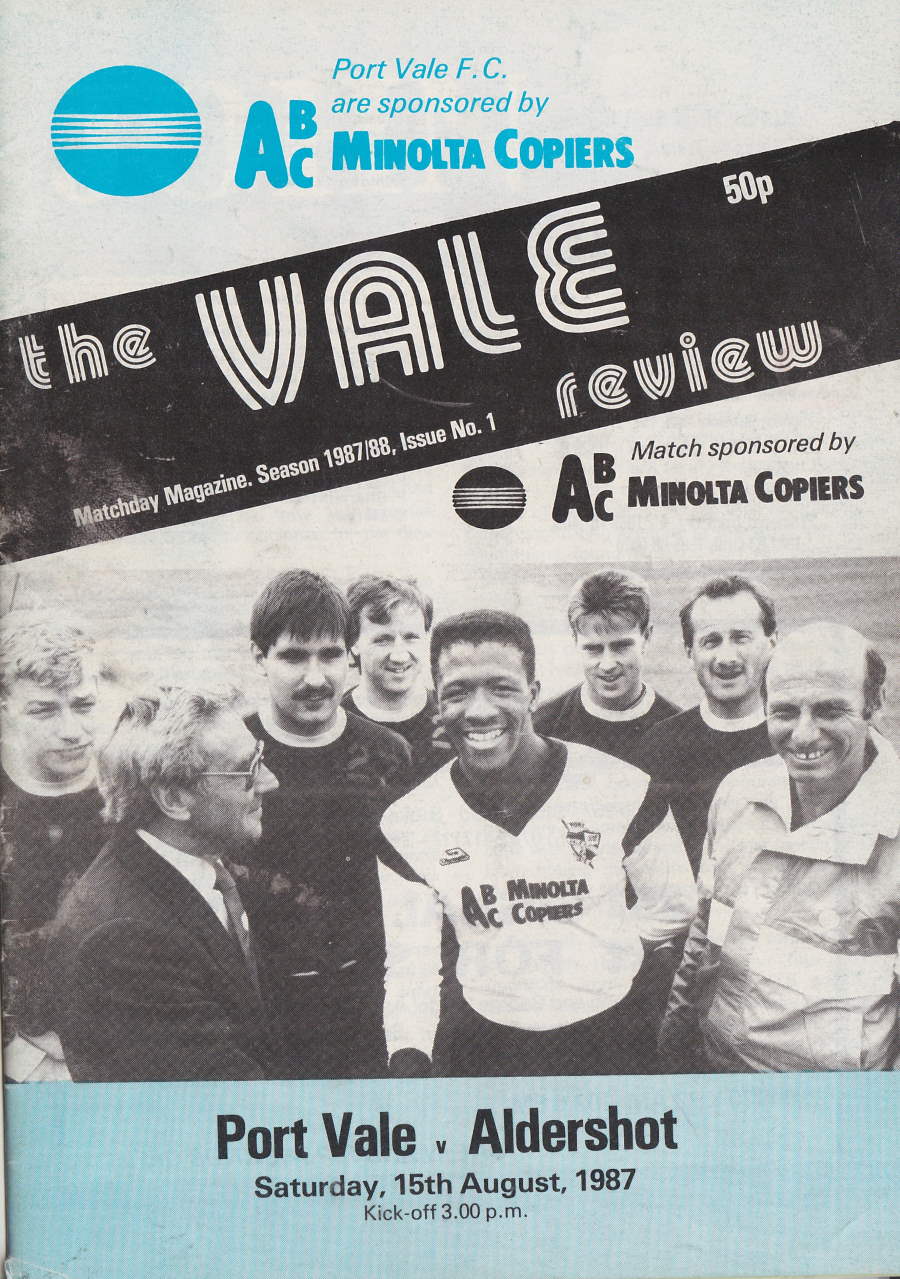 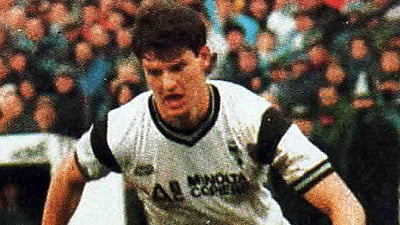