We present a selection of press clippings from the 1988-89 Port Vale promotion season charting the success of John Rudge’s side.

See our complete coverage of the 1989 promotion

One of the most important seasons in the club’s recent history as they won promotion under John Rudge, our special section includes coverage of the play-off final plus reports on the rest of the season.

Many thanks to Port Vale fan Ken Grocott for providing these.

These first two cuttings are from an early promotion six pointer against rivals Sheffield United. It proved to be a thriller: 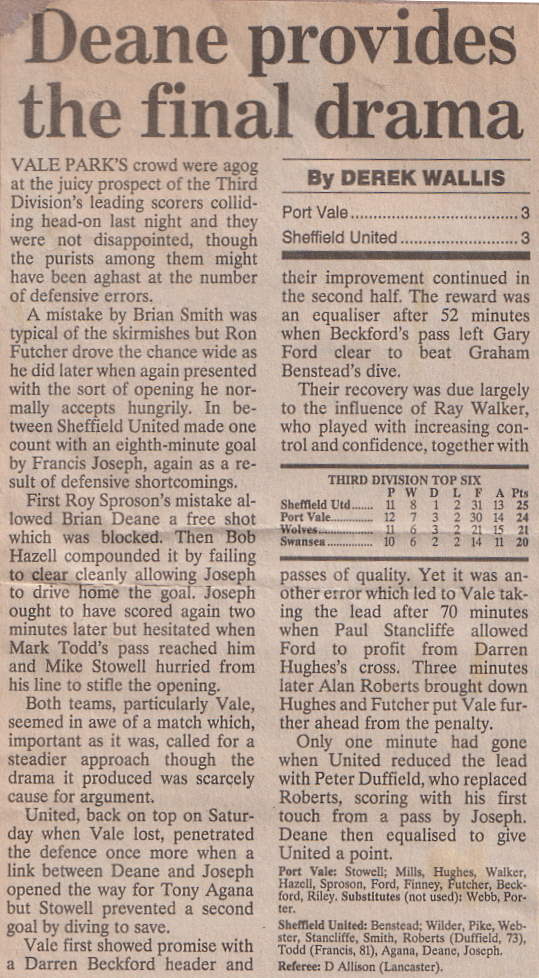 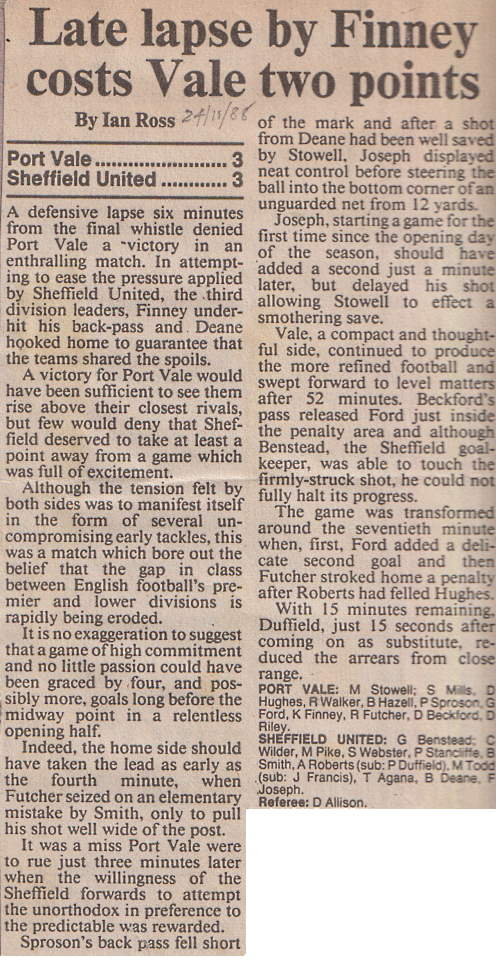 There was a cup tie against top-flight Norwich City: 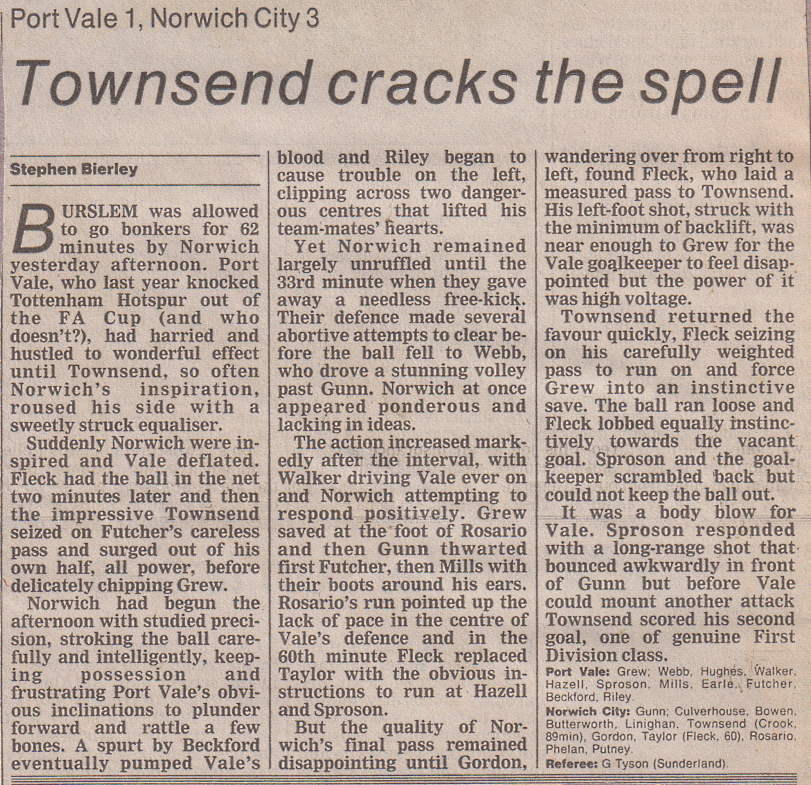 Vale were rocked by injuries to central defenders Phil Sproson and Bob Hazell. It saw John Rudge make two spectacular signings ahead of the clash with promotion rivals Wolves. Rudge smashed the transfer record on Dean Glover and also brought back Andy Jones on loan: 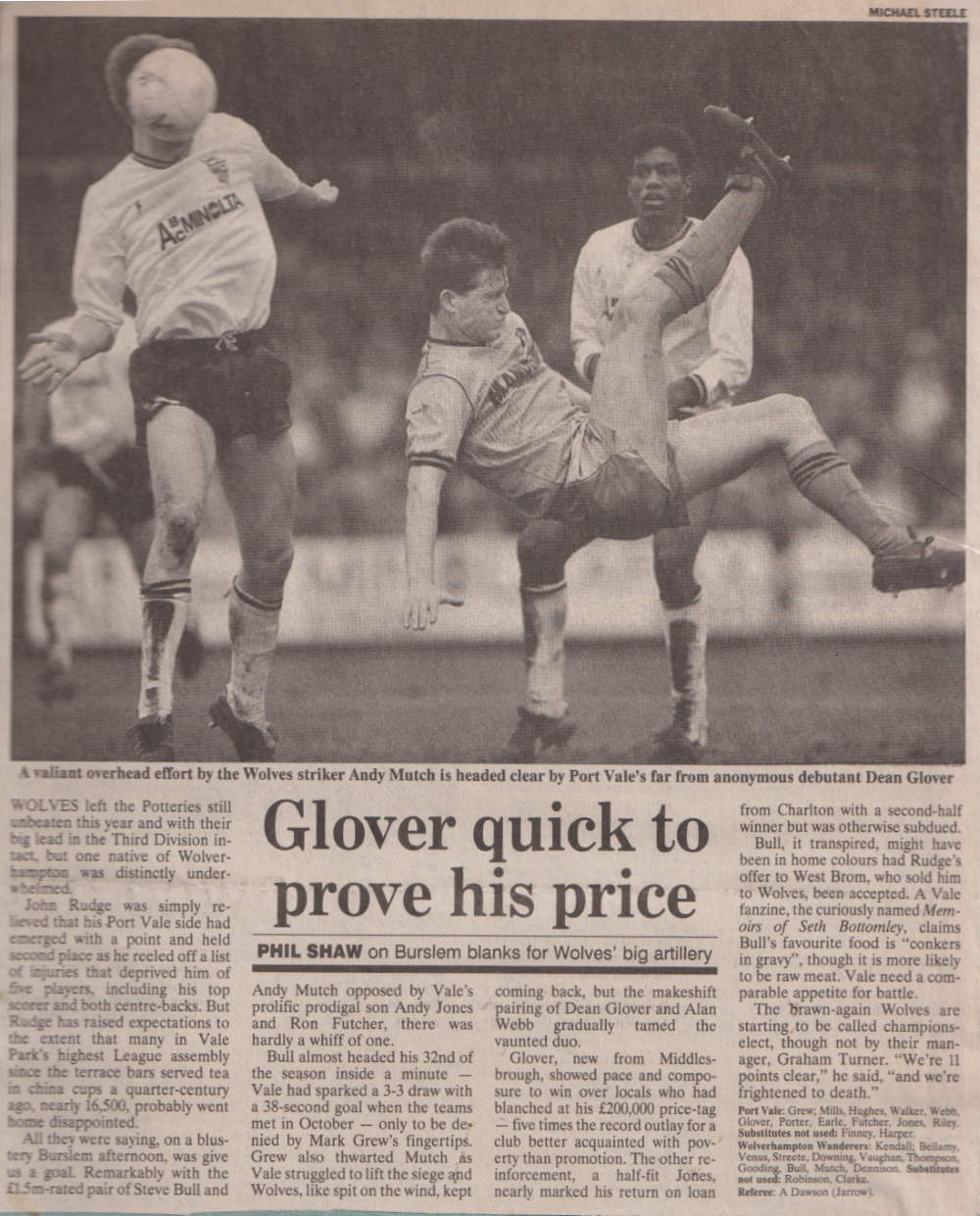 The Valiants ended the season in the play-offs. Firstly, there was a two-legged tie with Preston North End to negotiate. This is the first leg report:

The second-leg was a comprehensive win for the Valiants: 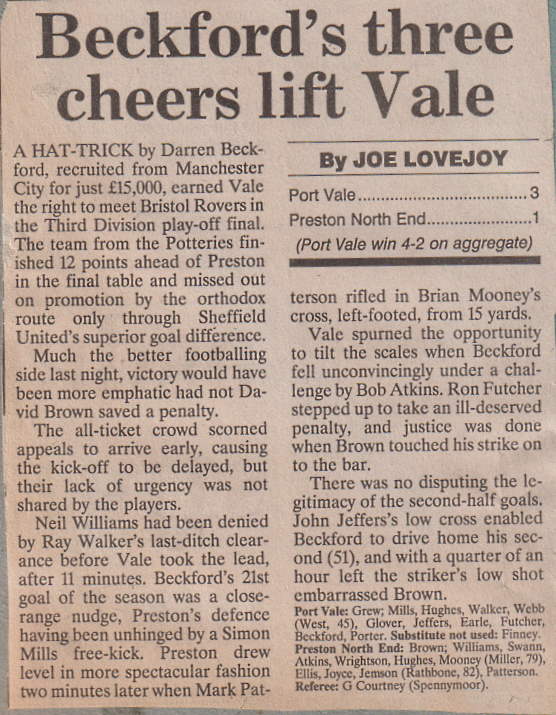 It took Vale to a two-legged play-off final against Bristol Rovers and this is what happened: 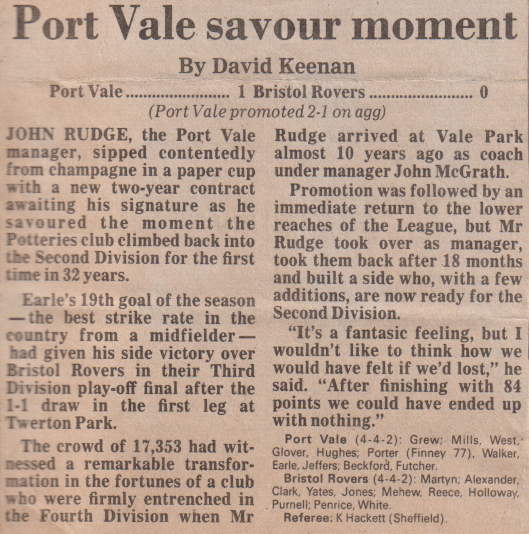 Some related videos from that season: