The 1985-86 season was notable as it was legendary manager John Rudge’s first promotion as Port Vale manager. The team’s strike force was Vale legend Robbie Earle and Andy Jones, a powerful striker signed from non-league side Rhyl.

The match took place in March and was in the middle of a long Port Vale unbeaten run. Vale had last lost on the 4th January and in this match against Swindon they picked up an away point with a goalless draw. This picture shows Jones taking on Swindon defender David Cole.

Vale’s unbeaten run would continue after this game – the Valiants eventually chalked up eighteen games without defeat and Jones would end the season with eighteen goals. The Welsh striker would eventually play for his country and be transferred to top-flight Charlton Athletic for a club record fee. 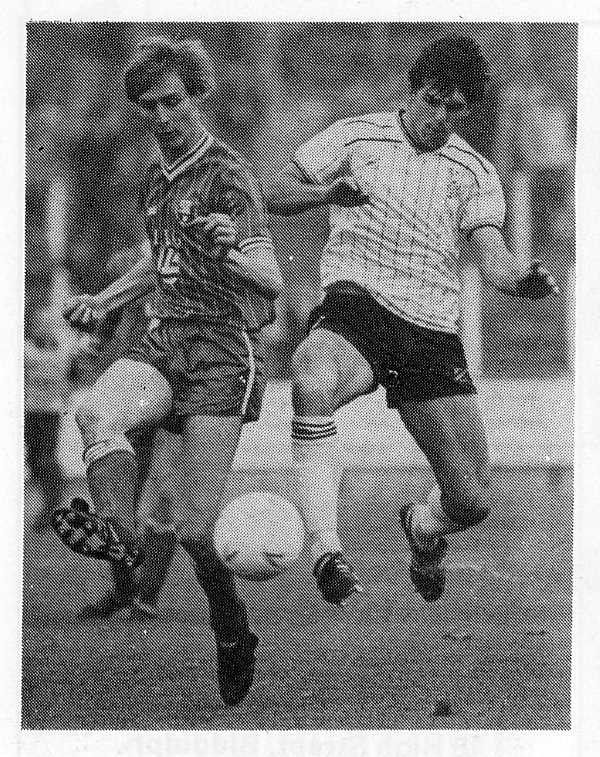