The two clubs met in March where it ended in a 1-1 draw. David Worrall (left) scored Vale’s goal. Read our match report here… 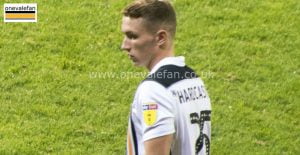 The Valiants are still feeling the after effects of midweek defeat to Milton Keynes with Neil Aspin reporting there are six players suffering from injuries.

The injury to key midfielder Manny Oyeleke means Aspin will need to select between Lewis Hardcastle (right) and Luke Joyce to take his place in the engineroom.

Opponents Grimsby are waiting on captain John Welsh who has been suffering from injury. However, Town have ended a run of four straight defeats with a surprise 1-0 away win at Carlisle United.

“I felt in the first 20 minutes we should’ve been in front and then possibly it would’ve been a different game. I’m not here to make excuses and we’ve got to regroup for Saturday…”

“I think League Two’s like that. I don’t think many people thought we’d go to Carlisle and get the victory. I think it’s an unpredictable league, but Port Vale have been around this level for a while and they know it well. Neil Aspin’s an experienced manager, so it’s another big test for us, but it’s one that we’re looking forward to….”

How is your Grimsby knowhow?

Test your knowledge of our next opponents with our tricky quick quiz. To take the quiz click here…

41 year-old Michael Jolley had a three year spell as Burnley U23 coach before being appointed as manager of Grimsby Town in March 2018. His first game in charge was that controversial 1-1 draw with Port Vale last season. He has now been in charge for 23 games. 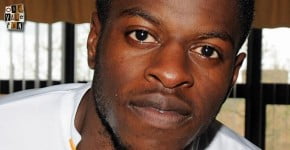 It’s a fairly obvious one but Grimsby striker JJ Hooper will be taking on his former club.

Hooper has been a regular starter this season making twelve appearances without scoring. At Vale Park, Hooper scored ten goals in 54 appearances.

The two clubs have met 89 times. Vale have won 33, Grimsby have won 38 and there have been eighteen draws…