He turned professional with the Valiants in 1923 and during two spells with Vale the prolific forward scored four goals in a game twice and also hit thirteen hat-tricks.

Kirkham was sold to local rivals Stoke City for £2,800 in 1929 but returned in 1932 before announcing his retirement in 1933 at the relatively young age of just 31. Kirkham then took up a job as a teacher in local schools.

His 153 league goals and 164 goals in all competitions are both records, as his tally of 38 goals in the 1926–27 season and his total tally of thirteen competitive hat-tricks. 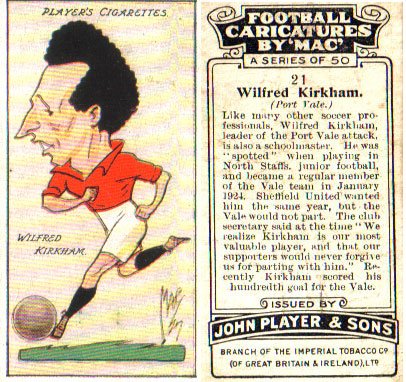