Steve Guppy was a gifted left-winger who joined Port Vale for £250,000 from Newcastle United in 1997.

He quickly established himself as a key player in the side. Guppy and fellow wingman Jon McCarthy were crucial factors in FA Cup win over Everton, taking the club to the Anglo Italian Cup final and the 1995-1996 season when the club finished in the highest league position for fifty years.

Guppy attracted a great deal of attention and was eventually subject of a £975,000 transfer to Leicester City. He was also a success for Leicester and once in the top flight the winger went on to play for the England national team. 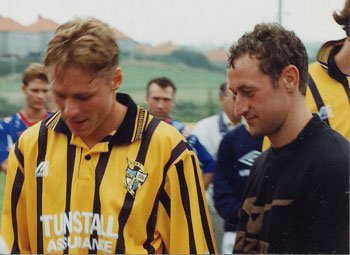