Harry Poole was a locally-born player who became the second-highest appearance maker for Port Vale FC. He signed as a professional in 1956 and made his debut later that year. He scored his first goal for the club in November that year.

He soon became a key player for the club and was a member of the 1958-1959 promotion winning side.

Poole was famed for his swerving free-kicks with Roy Sproson commenting that Poole would “specialise in bending the ball round the defensive wall from free-kicks long before they became fashion.”

During his career, Port Vale rejected bids from Bolton and Spurs for Poole’s services. He eventually left the club in 1968 after 15 years service. 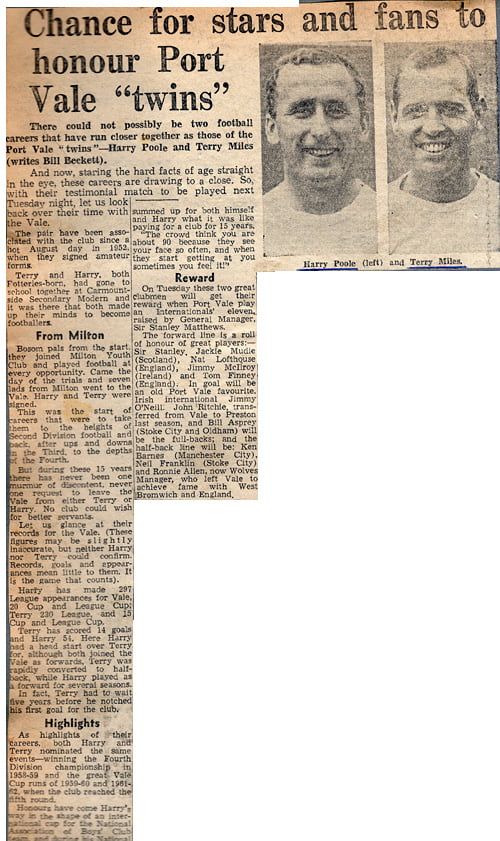