A goal-scoring midfielder, Brian Horton was signed by Port Vale for a nominal fee from non-league Hednesford in 1970.

He rapidly became the club’s key player and after six years at the club he was controversially sold to promotion rivals Brighton & Hove Albion for £30,000 in 1976. He had scored 37 times in 258 games for the Valiants.

Horton later returned for a five year spell as manager, replacing the legendary John Rudge. During his spell, he was responsible for several key signings such as  Marc Bridge-Wilkinson, Mark Goodlad and Steve McPhee. He also won the LDV Vans Trophy final in 2001, the club’s second domestic trophy.

Brian Horton left his role as manager through “mutual consent” in 2004. 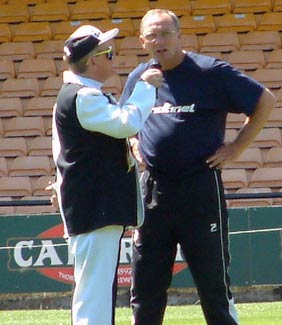