Five of the best Port Vale signings by Gordon Lee

As one of the small group of Port Vale managers to win promotion, there’s plenty of decent signings to pick from – but here’s our personal top five best Gordon Lee signings…

If you disagree (or agree) with our selection of the best Port Vale signings by Gordon Lee, please let us know in the forum.

Famously snapped up from non-league Hednesford in 1970 for a “pint of shandy,” Horton rapidly became a key player at the club and is now regarded as one of the club’s finest ever midfielders.

He was eventually sold to Brighton for £30,000 in 1976 and would later return to Vale Park as manager, winning the club’s second domestic competition – the LDV Vans Trophy final in 2001. 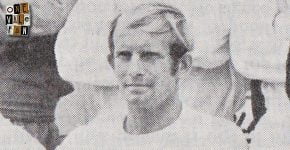 A tenacious defender, King was signed in 1968 and quickly formed a formidable partnership with Vale legend Roy Sproson. He was a regular in 1969-70 promotion season and made 114 appearances before being released in 1971. After finishing his playing career with two promotions, he went on to have a successful career as a manager, notably with Tranmere Rovers. 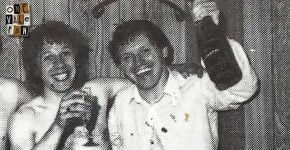 The Alsager College student was snapped up by Lee after a trial in 1972. The attacking full-back would go on to have two spells at Port Vale racking up well over 300 appearances and (pictured on the right with teammate Steve Fox) winning promotion in 1982-83. 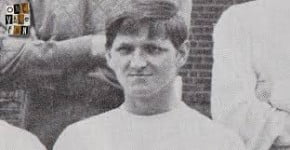 The powerful striker was snapped up from non-league Gorleston in 1970. He became the then most capped International for the club and player of the year in 1972. His form was such that he was snapped up by Aston Villa for £22,000 in 1973. 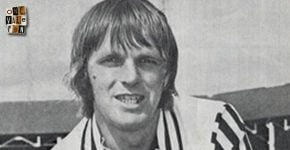 Signed from non-league football in 1972, Williams would be a mainstay in the Port Vale side for the next five years. A regular goalscorer he scored forty goals in just under 200 appearances for the Valiants. 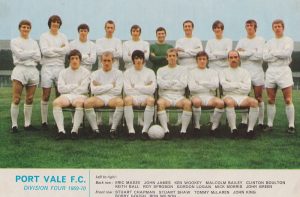 A few more of our articles from this era…