Will the Valiants make it three wins on the trot with a successful visit to the Meadow Lane stadium? 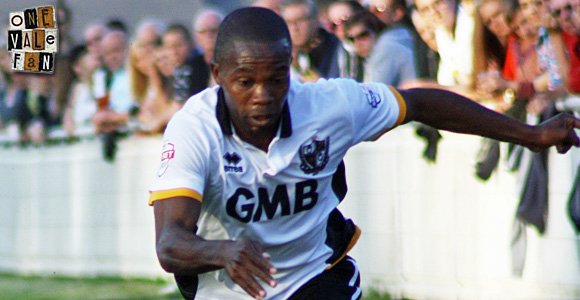 It’s very likely that Vale will line-up unchanged as long as Mark Marshall’s knock against Doncaster doesn’t rule him out. If that’s the case then Vale will have the luxury of working out who to leave off the bench. Against Doncaster, Richard Duffy, Greg Luer and Achille Campion were the unlucky ones. Vale’s only injured party is Colin Daniel who is set to return for Tuesday’s game against Oldham.

It’s set to be all change on the wings for home side Notts County. They have added two loanees in Brighton’s Paddy McCourt and Sheff Utd’s well-travelled Jamal Campbell-Ryce. Striker Ronan Murray is still sidelined because of injury.

“When you are winning football matches the hardest thing you have to do is pick the seven that will sit on the bench and leave the others out because people will be disappointed….”

The two sides last met back in August when Vale suffered a 2-0 home defeat. The last trip to Meadow Lane ended in defeat too – Vale losing 4-2 back in April 2014.

Vale last won at Meadow Lane back in 2004 when a goal apiece for Steve Brooker and Steve McPhee helped Vale to a 2-1 league victory. 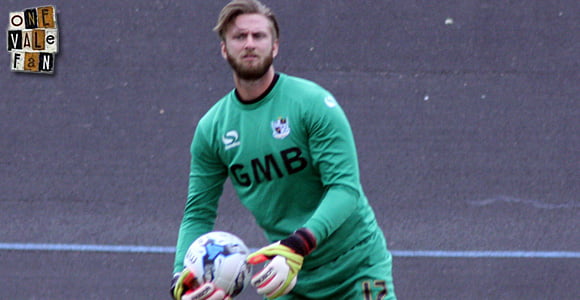 So let’s get the obvious out of the way and mention veteran striker Lee Hughes who signed for the Valiants from County. The striker is still banging the goals in for Conference side Forest Green Rovers. 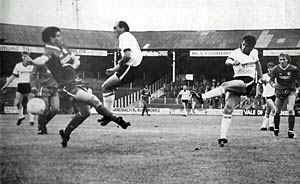 The two sides were drawn in the league cup and Vale took home a strong lead from the first leg by beating County 3-1 at Meadow Lane. Vale striker Andy Jones (pictured above) netted twice and strike partner Richard O’Kelly scored the other. In the second leg, Jones and O’Kelly were again on target along with Robbie Earle and winger Paul Smith.

In the league, Jones was on target once again in a 1-1 home draw while Jon Bowden scored as County recovered some pride with a 4-1 win at Meadow Lane.