Vale Park’s first floodlit game: thanks once again to Stuart Dean, we have the matchday programme plus a report from the Sentinel from this notable occasion.

The Vale Park stadium first opened in 1950 but it was to be eight years before Vale Park’s first floodlit game. That match took place in September 1958 and Port Vale’s opponents were West Bromwich Albion.

OVF is particularly amused by the “floodlight rivalry” which causes the Vale matchday programme to claim that Port Vale’s floodlights are more “powerful” than those of local rivals Stoke City and Crewe Alexandra! 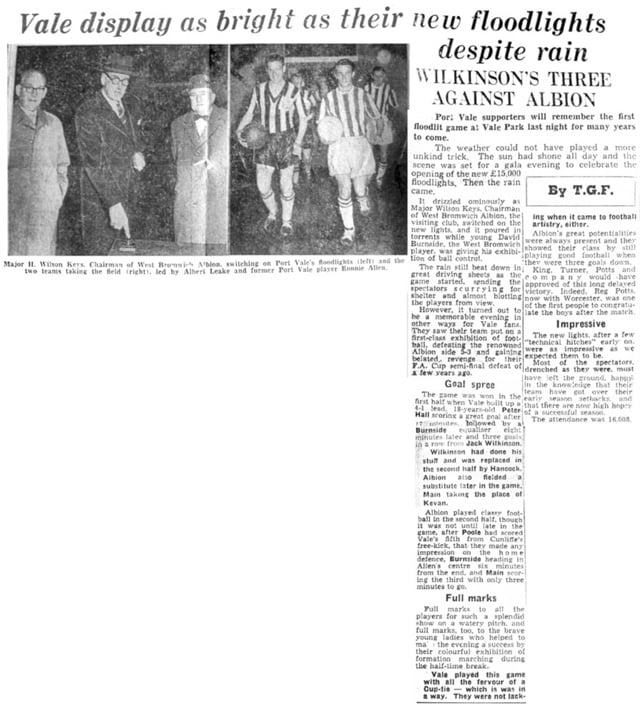 The Sentinel news report is above while the matchday programme is below: 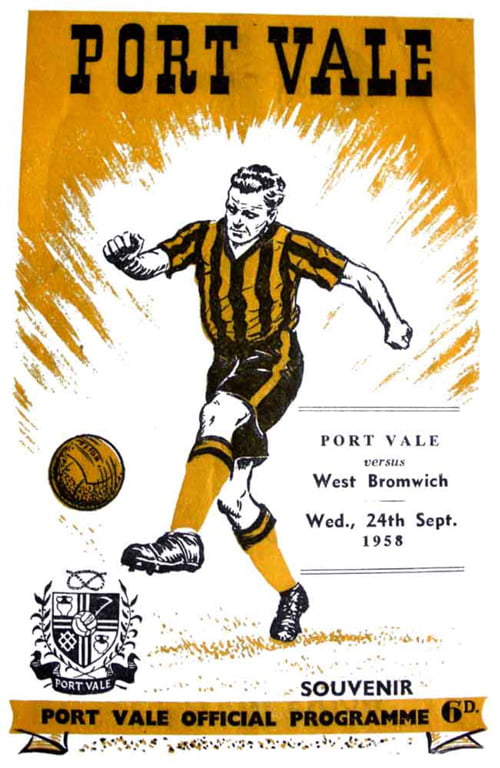 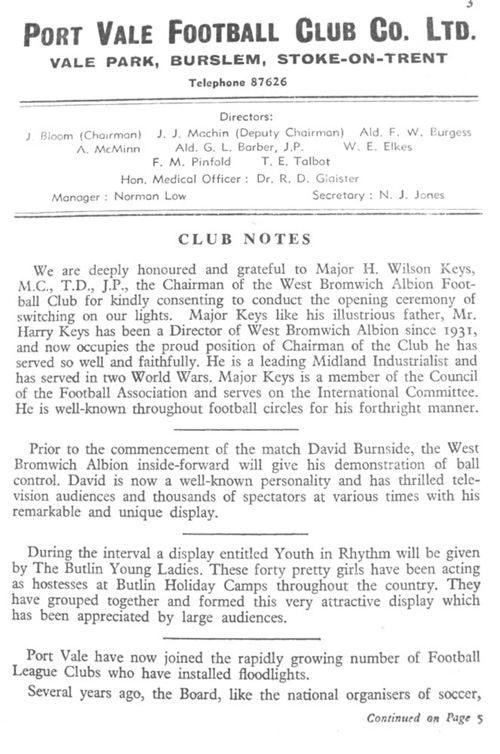 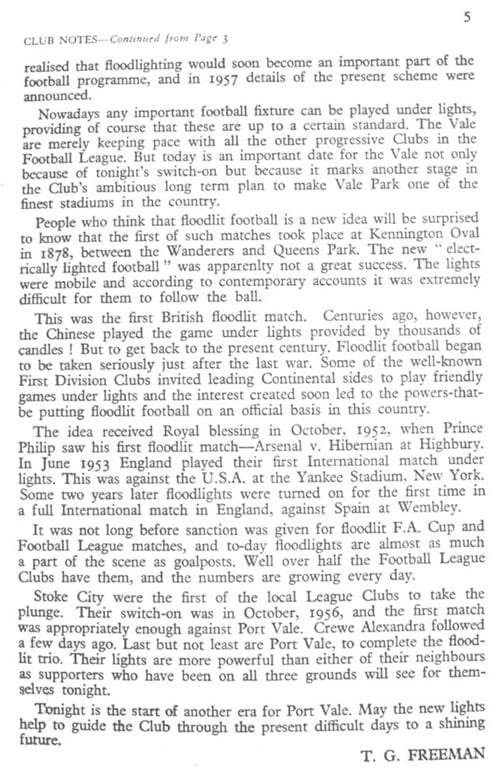 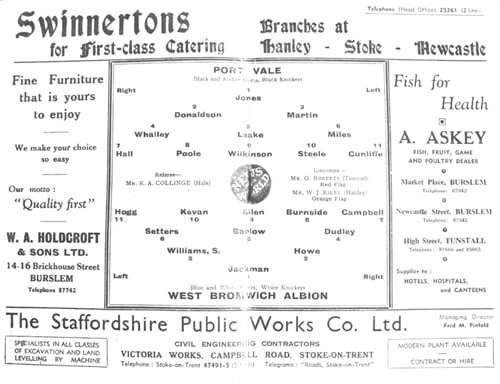