Peter Miller Port Vale salary: a copy of a letter that was sent to Peter Miller detailing his chairman’s salary.

The letter shows the amount Miller would earn while Port Vale chairman. The lucrative package included an annual income of £100,000; accommodation while in the UK, eight flights per year to the UK, the use of a vehicle and reimbursement of expenses.

It’s an extraordinary amount of money for a lower league football club to pay to their chairman.

A copy of the salary letter is shown below. 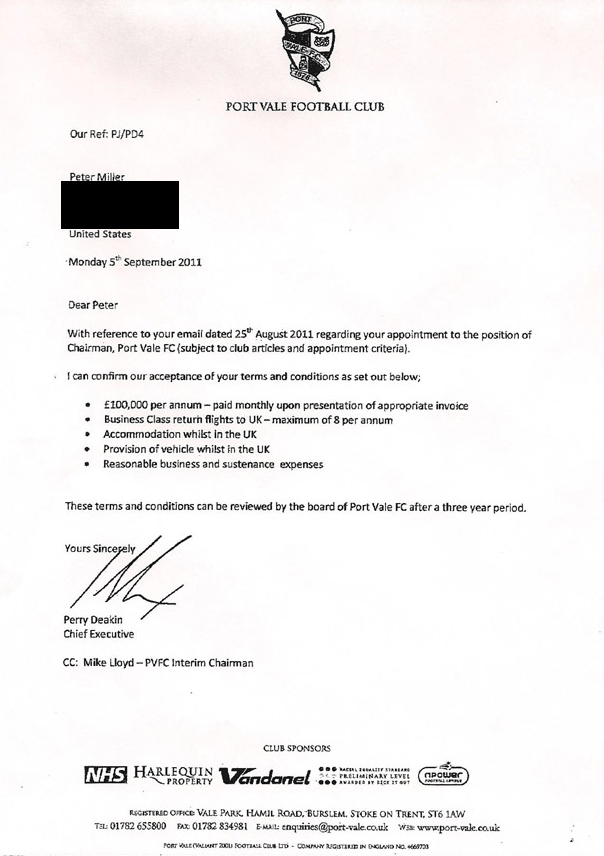 The disclosure of this letter apparently prompted the board to “storm out” of a meeting and subsequently deny the official Supporters Club access to the Tommy Cheadle’s pub for their meeting that night. The club complained to the police about “theft” of club documents but the police investigation was ended without any convictions or charges. No other Port Vale chairman has received a salary much less one of over £100,000 per annum. 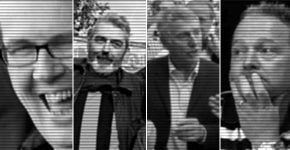