This review features a match that will live long in the memory of all Port Vale fans present. 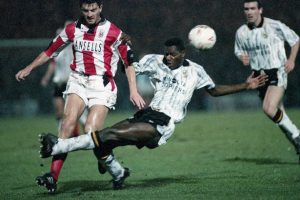 A dramatic stormy night in Burslem as Port Vale knock their local neighbours out of the FA Cup.

See our complete coverage including press reports, videos and much more…

Following a 0-0 draw on the 15th November, this programme is for the FA Cup first round replay between Port Vale and neighbours Stoke City. Played during torrential rain, it was broadcast live on Sky Sports.

The game memorably finished 3-1 to Vale with Andy Porter and Martin Foyle (2) the Vale goalscorers. The game is also remembered for an awful tackle on Neil Aspin by Steve Foley and a comical Dave Regis goal attempt that saw the ball come to a halt in the goalmouth mud. 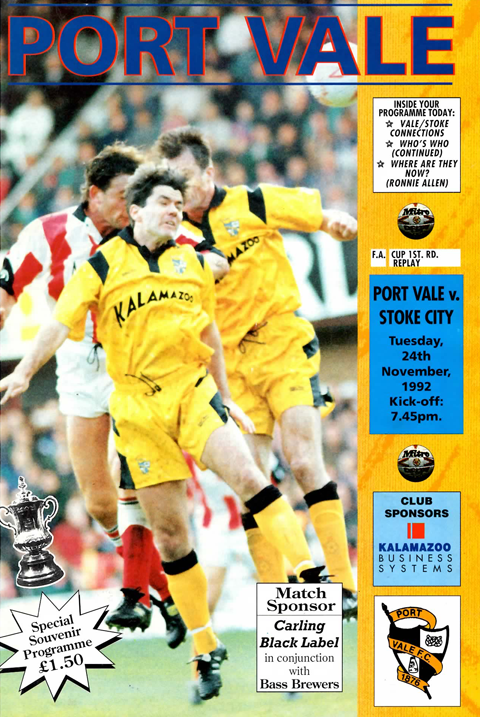 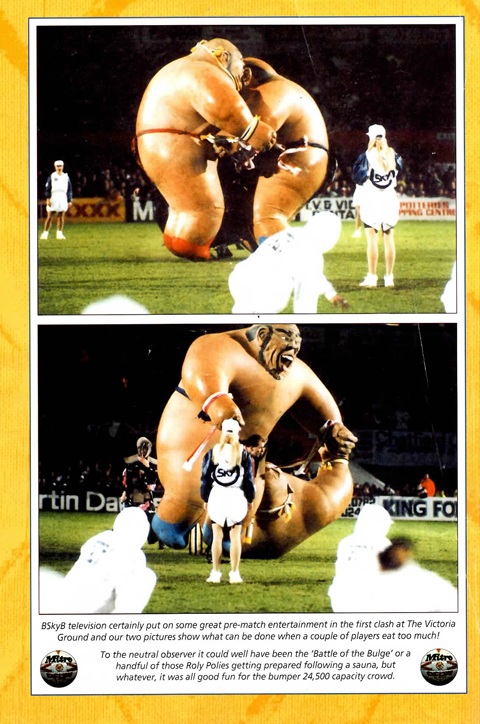 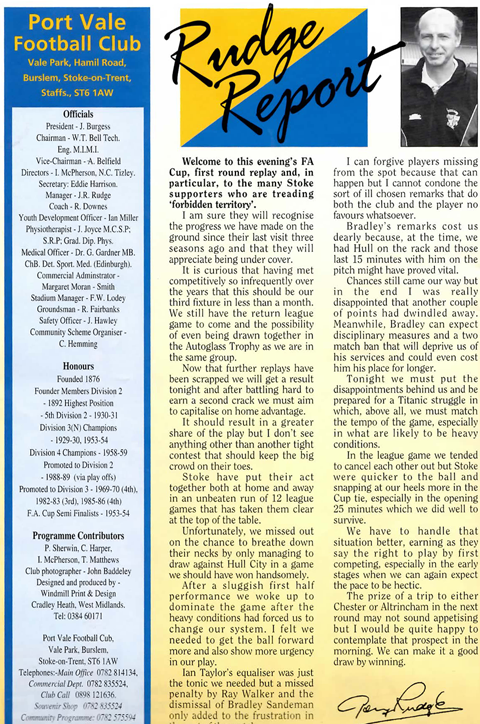 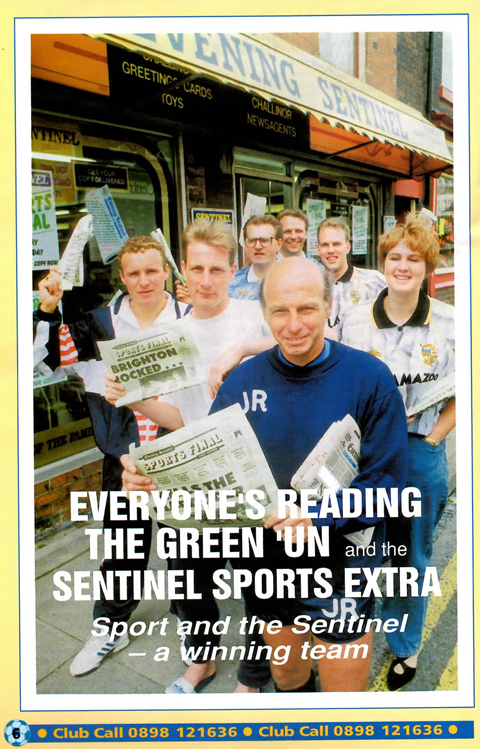 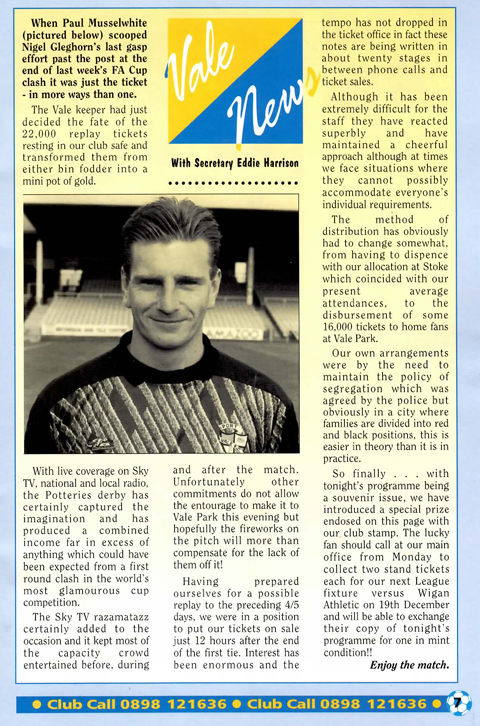 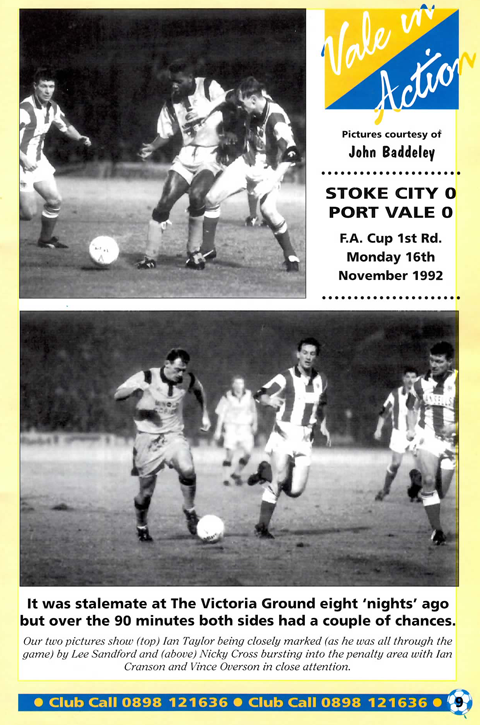 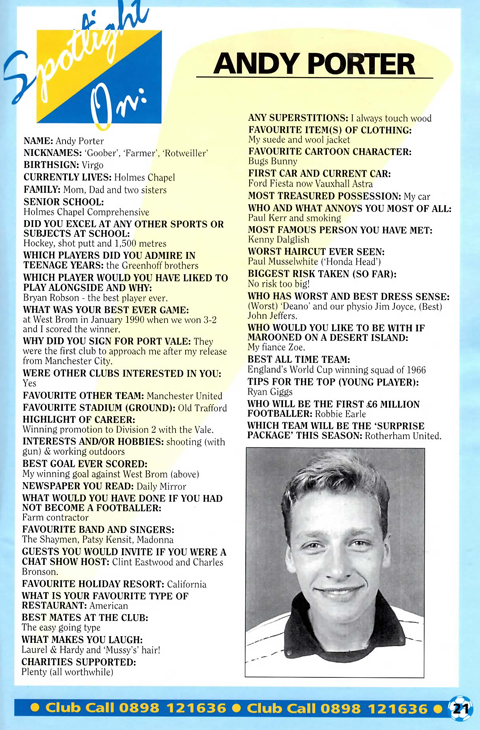 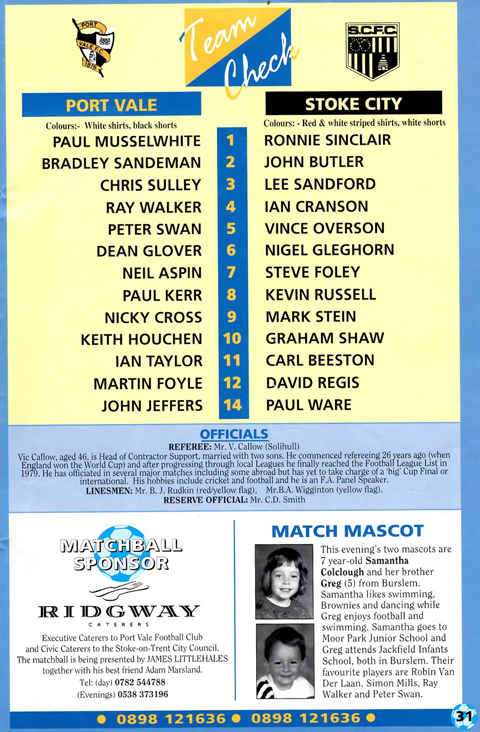