Rob Fielding shares his views as Port Vale cap a marvelous season with victory in the League Two play-offs. Here are his thoughts on the play-off campaign…

And first to the complaints. I’m sure there are many decent Swindon supporters out there but there hasn’t been any evidence of much class by the football club itself recently. Rarely have I witnessed a club so sanctimonious and prepared to stroke its own ego. Wheras Northampton’s Jon Brady congratulated Mansfield after their devastating play-off loss and a distraught Nigel Clough did the same to Vale after the final loss, there was no such words from the self-absorbed Ben Garner. The only communication was a quick “congratulations” tweet from the club after the shootout ended.

Meanwhile, the local newspaper the Swindon Advertiser continued to make the trouble at the second-leg appear to be one-sided – and that only Vale fans were involved in it. There’s absolutely no excuse for the morons in Vale shirts who shamed the club and they deserve all the criticism they got. However, it’s astonishing that the Swindon football club and media haven’t publicly condemned their own idiots. There are photos and videos of yellow chairs being hurled at Vale fans on the pitch – and they could only have come from the away stand. Yet, in an Advertiser article erroneously labelled “Everything we know…” supposedly a summary of all the events, there’s no mention of any wrongdoings from their own.

The bad blood was also present among the players with the completely classless Mathieu Baudry, whose Twitter bio says it’s “spreading banter,” kindly telling Vale fans they lived in a ****hole just hours before the Wembley final. I wonder what Swindon Town think about a player, supposedly a role model, using social media in such a way? After Andy Crosby revealed the club used Swindon captain Dion Conroy’s disparaging comments as fuel ahead of the semi-final, it appears the team did the same with the brainless Baudry’s comments as James Gibbons’ tweet had the final say on the matter: 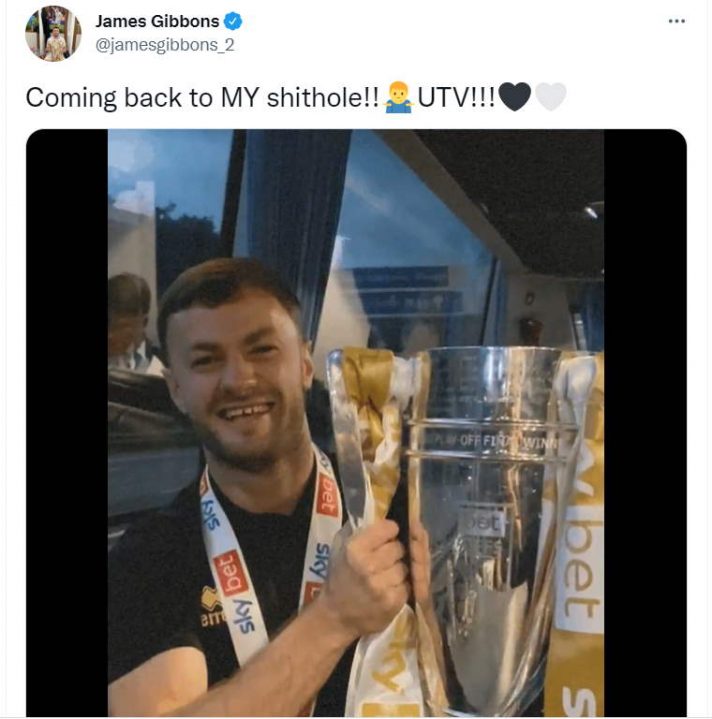 In complete contrast, thank you and my sympathies to Mansfield Town fans. I was at the old Wembley back in 1993 when Vale had a man sent-off and lost 3-0 so I know your pain. That year, Vale regrouped, determined to put it right, and romped to promotion the next season. I hope you do the same. Your manager, Nigel Clough, was dignified in defeat while your fans continued to support your side despite it looking increasingly unlikely that Saturday was going to be your day.

However, perhaps the moment that showed what a great club you are was the minutes’ applause for Darrell Clarke. It was a lovely touch and one that Clarke himself said he wouldn’t forget. You may have lost at Wembley but you’ve won a lot of new friends and I for one, will be wishing you all the best next season.

Loanees do everything asked of them

When Vale were suffering a striker crisis at the turn of the year, there were some raised eyebrows when the club brought in relatively unknown loanees Ryan Edmonson and Kian Harratt. But during a season when the camaraderie and character of the Vale squad has been mentioned time and time again, these two have proved to be wonderful additions both on and off the pitch.

Edmondson has featured less than Harratt in the play-offs but his enthusiasm on the sidelines has not gone unnoticed. Harratt has gone one further by both putting in excellent performances on the pitch and proving a bundle of positive energy off it. Both have been a credit both to themselves and their parent clubs. I wish them all the best in their careers. 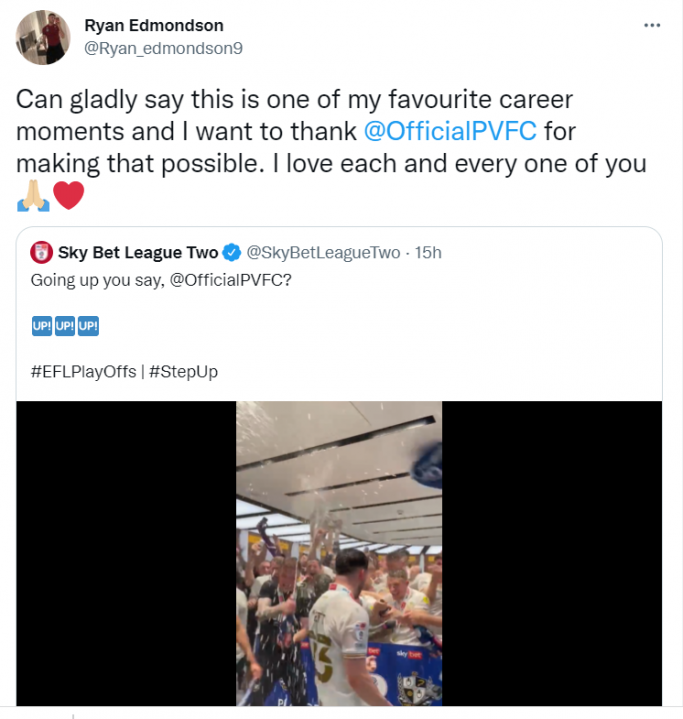 The best of Benning

What a wonderful week for Mal Benning. Coming back into the team he’s been in top form, tormenting opposition defences and scoring the final Port Vale penalty against Swindon while under huge pressure. He capped that on Saturday with another stunning performance on the flank and sealing the victory with a fine volleyed goal. For a player whose Vale career looked to be under threat at the start of the season, he’s surely one the club will want to keep for next season. A word of praise for Jake Taylor, who oozed class in midfield, but in my view Benning would have been man of the match on Saturday had it not been for…

There was only one player who could be named man of the match on Saturday. Port Vale’s talisman was a class above at Wembley and made it four goals in four games. Who knows how many it could have been if he hadn’t missed a portion of the season through injury? What’s more, his recent form has come despite the absence through injury of regular partner Jamie Proctor.

It’s wonderful to see Vale do well and get promoted, it’s even better when the side contains local lads like James Gibbons, Nathan Smith and Wilson. The striker has always looked a level above League Two and thanks to his superb contribution during the season and especially the play-offs, he has a chance to prove it.

And finally… this is really only about one man

Football management is one of the most high pressure jobs out there, especially when it’s the play-offs, and to come back into that environment after such a personal tragedy speaks volumes for his character. His family and friends must be so proud of him. I know this one Vale fan is.