When do we mention the ‘p’ word? Thoughts after the Port Vale wins over Crawley and Colchester

Rob Fielding has been mightily impressed with the resilience, depth and fortitude of this Port Vale side and while it’s too soon to consider the team’s final league position, he is starting to get excited about the team’s prospects…

Goals throughout the squad 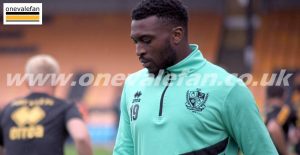 David Amoo and Tom Pett both scored their first League goals of the season in the 4-1 away win over Crawley Town. It takes the number of players to have netted in the League to thirteen already. It’s an impressive number when you consider that eighteen players found the net over the entirety of the previous season. This season’s thirteen players have netted 25 times, again impressive considering it took the Vale three games to get off the mark.

The team only scored 57 times last season and the new-look Vale are well on course to beat that. Even with Jamie Proctor and Devante Rodney missing games, the side has hit fifteen goals in its last five matches. No wonder those summer doubts about where the goals were going to come from have been firmly put to bed. 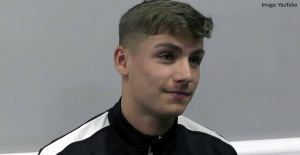 Of course goals, while important, are not the most crucial gauge of a player’s worth. I felt George Lloyd has been getting some undue criticism recently simply because he hasn’t found the net yet. However, the youngster has made a difference, goals or not. He’s won two free-kicks (against Mansfield Town and last weekend against Crawley Town) which resulted in set-piece goals for Tom Conlon. The forward also puts in a terrier-like performance upfront, harrying the defenders and his introduction, alongside David Amoo on Saturday made a big difference to the result.

Lloyd may not make the eleven when Jamie Proctor and Devante Rodney are both fit but he provides energetic back-up and with his harrying play, a point of difference to the other forwards. I guess some fans have to have a scapegoat, regardless of how the side is performing but for me, at the moment, there are no weak points in the matchday squad and every player, including the often unsung Lloyd, have played their part.

Our features on the win over Crawley Town… 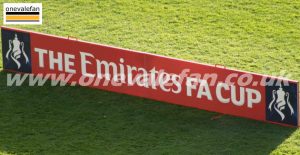 Unusually for the Valiants, this season has seen no crises so far. Everything has progressed in a calm and controlled manner and so it is with the forthcoming FA Cup match. A cup run would be nice but the League is obviously the priority, so there’s a minor debate over how many first-choice players should feature in the first round game. It’s a calm debate though and revolves around whether Clarke name his strongest team or give some of the key performers a rest?

Personally, while I’d understand the odd change, such as giving the impressive Jake Taylor a start, I’d like Vale to have a proper go against Accrington and not rotate the squad too much. There’s a Football League Trophy game on Tuesday and for me, that’s the competition where the second-string can be given a chance. As for the FA Cup… as an established League One outfit (and full credit to them for achieving that with their resources) I think Accrington would be a good test of whether Port Vale can match opponents from a higher division. And on that note…

When do we mention the ‘p’ word? 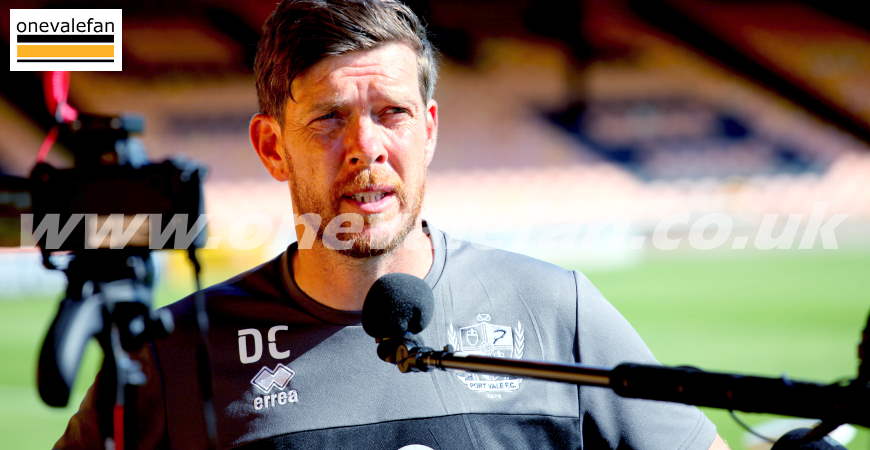 A good feeling is starting to build for this season. On the pitch, most of the summer signings have made a difference, and we’re starting to see a squad resilience where if the starting eleven isn’t performing as expected, a change in formation or the addition of new faces off the bench can turn things around. If it weren’t for two minutes of madness at Sutton this side could well be top of the table and on a ten game unbeaten streak.

I think manager Darrell Clarke has shown a great attitude with his refusal to contemplate any promotion hopes and he’s right that we’re only fifteen games into a marathon campaign. A lot can happen yet and he’s right to simply take it one game at a time. However, if the Valiants continue to keep this form up then that “p” word is going to be mentioned more and more often. 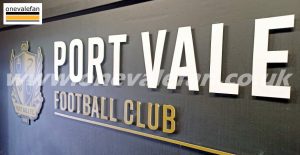 It was refreshing to hear Phil Bowers’ in-depth interview with Director of Football David Flitcroft this week. His responses gave a real insight into the plans of the club. It seems Vale is very much a happy ship at the moment, but the Valiants won’t be resting on their laurels. This isn’t just about a solitary promotion. There are ambitious plans to take the club further – to  revitalise the academy, to find new training facilities while the ethos of “inclusiveness” has already permeated the squad. In the past I’ve bemoaned the fact that the club I support doesn’t really have an identity and a point of difference but that has changed and will continue to evolve. Under the awe inspiring ownership of the Shanahans the club has become a caring club – whether that’s for the local community, staff or players. It has become a progressive club, with investment in the playing area and the use of analytics and stats. It is a club with standards both on and off the pitch. It is a club with a plan. It is a club on the up.