Five of the best – Port Vale strikers of the 1930s 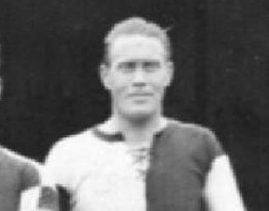 His strike partner was mentioned in the top five strikers of the twenties and now it’s Sam’s turn. Sam Jennings was 31 when he joined the Valiants but he was still a potent forward. His first season saw him net 26 times as the club earned promotion despite a falling out with forward partner Albert Pynegar. His second season, in a division higher, saw him net seventeen and his third saw him net two goals in two games before he left to join Stockport County. According to reports, Jennings used to train by throwing the ball and racing his greyhound to it. Sadly, he contracted pneumonia while serving in World War Two and died aged just 45 years old.

Scoring rate: one goal every 132 minutes 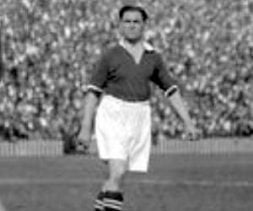 His career at Port Vale may have been a brief one but it showed glimpses of the striker’s potential. Harry Roberts had spells with Barrow, Chesterfield and Lincoln City before he secured a £100 move to Port Vale in 1930. He played only one season for the club but managed eleven goals in 26 games as the club achieved their highest-ever League position of 5th in Division Two. Roberts’ form attracted the attention of Millwall, who he had scored twice against that season. The Valiants have never had a player picked for England but just one month after leaving the club, Roberts was called up for England and scored on his debut! So, while his Vale career was brief and on first glance, not that outstanding, the player’s inclusion in our top five is due to the rich potential Harry Roberts undoubtedly had.

Scoring rate: one goal every 212 minutes 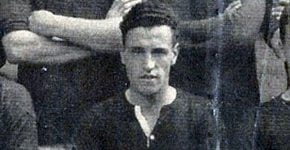 The Vale legend Wilf Kirkham had two spells with the club and while his second spell was nowhere near as prolific as his first, it was still very impressive. He returned to the club from Stoke City in January 1932 then aged 31 years of age. His return was ironically a 3-0 win over his former club Stoke City. However, he had a slow first season with four goals in seventeen appearances and then found form with fifteen goals in 34 games in his second. He then surprisingly retired from the game to take up a full-time teaching career, despite only being 32 years of age. Who knows how many, Kirkham, who netted 164 goals in total for the club, would have scored if he had continued for a few more seasons? 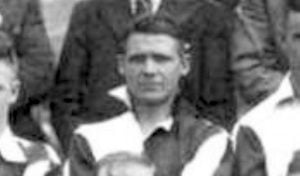 Jack “Nipper” Roberts was an extraordinary character and one of this website’s favourites. We’ve written a cult heroes piece on him as he was a fascinating figure both on and off the football pitch – read it here. A baseball player as well as a prolific striker, Roberts was signed from non-league and once went on a spell of eight goals in five Port Vale matches. He was top-scorer for the club on two occasions during the 1930. When World War Two intervened, he managed to escape from a prisoner of war camp by walking hundreds of miles. A hero on and off the pitch he’s arguably the only genuine contender to our next player for the forward of the decade…

Scoring rate: one goal every 150 minutes 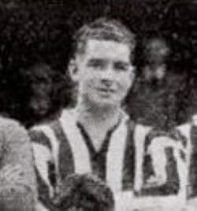 There’s only one name to top the list and that’s Tom Nolan. He played throughout the 1930s for the Valiants apart from a brief two season spell at Bradford Park Avenue. The Preston born player was signed from Manchester Central in October 1931. In his first spell (which lasted until 1935) he scored a hugely impressive 57 times in 111 games. He then played for Bradford from 1935 until returning to the Valiants in 1937.  His second spell was slightly less prolific but he still managed 37 goals in 102 appearances. He was top scorer four times during the 1930s and retired at the outbreak of World War Two when he decided to join the war effort. Nolan is pictured at the top of this article.

Scoring rate: one goal every 205 minutes