Five of the best – Port Vale strikers of the 1920s

There’s an obvious, well-known name at the top – but who are the other names who make our list of the best Port Vale strikers of the 1920s? 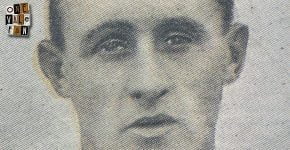 The veteran Albert Pynegar formed a prolific partnership with fellow veteran Sam Jennings in 1929-30 even though the pair infamously didn’t get on. In our top five list, Pynegar gets the nod over Jennings primarily because he played two seasons in the twenties rather than Jennings’ solitary campaign. The striker had played 250 games for the likes of Leicester City, Coventry City and Oldham Athletic before he joined the Valiants. Pynegar scored a highly creditable 32 goals in 50 games during the twenties and also earned promotion at the end of the 1929-30 season. Not bad for a then 34 year-old veteran!

Scoring rate: One goal every 140 minutes 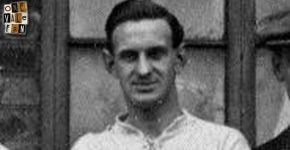 Like Pynegar, Bob Blood only played for the club for two seasons in the twenties, Blood’s spell coming at the start of the decade rather than Pynegar’s spell at the end, but Blood’s such a colourful character we can’t leave him out! It’s not just his name… the striker was injured in World War One and after being injured he was told he would never play professionally. He seemed to make it his mission to prove the doctors wrong. Possessing a cannonball of a shot, one of his ferocious penalties once broke the wrist of the unfortunate Bristol City goalkeeper trying to save it. In another game, a defender trying to clear a Blood shot with his head was taken off with concussion. Blood quickly rose to prominence and earned the cash-strapped Valiants a record fee when he was sold to West Brom in 1921. So what of his scoring record? Well, that wasn’t half bad either. A stunning 45 goals in just 56 games for the club.

Scoring rate: One goal every 112 minutes 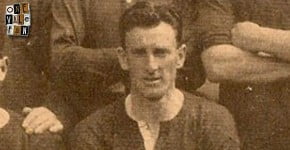 Now we move on to the club loyalists with two of the longest serving forwards of the decade. They may not have scored at quite the same prolific rate as the previous two player but they earn places due to their loyalty and consistency. First, it’s Tom Page who only played for the Valiants during the twenties, his playing career spanning the 1919-20 season up to the 2029-30 promotion campaign. One of three brothers to be professional footballers, the Scouser joined the club at the grand age of 31 and retired at the age of 40. In the process he racked up 297 appearances and scored 65 times. Not only that but he also found a happy knack of scoring against rivals Stoke City, netting three times against them in three appearances.

Scoring rate: One goal every 411 minutes 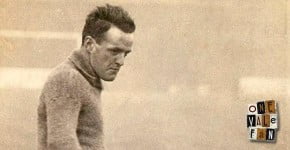 The second of our club loyalists is Billy Briscoe, who also played the majority of his Vale career during the twenties. Locally-born Briscoe started his senior career in the 1919-20 season and played for the club right through to 1931. In total he played 314 times and scored 57 goals with the vast majority occurring in the twenties. A reliable player who would never let the side down he even played when suffering from appendicitis and later while sporting a broken cheekbone.

Scoring rate: One goal every 563 minutes 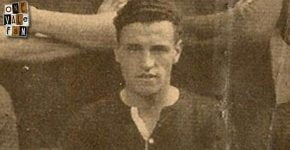 We couldn’t finish this list without a mention of Wilf Kirkham. The legendary striker only made his debut in 1923 but he dominated the twenties scoring a whopping 145 goals between 1923 and 1929. Between 1924 and 1927 alone Kirkham hit the target 109 times! The club’s all-time scorer hit 164 goals in total but the twenties were his golden period as he hit an incredible thirteen hat-tricks and rightly topped our top five list of Vale’s most potent scorers of the 1920s.

Scoring rate: One goal every 139 minutes