Following their sensational win over Spurs, John Rudge’s side faced another top-flight outfit and did themselves proud at Vale Park. Here’s how the press reported the draw.

Thanks to Vale fan Ken Grocott for these press clippings. Click on each image for a larger version. 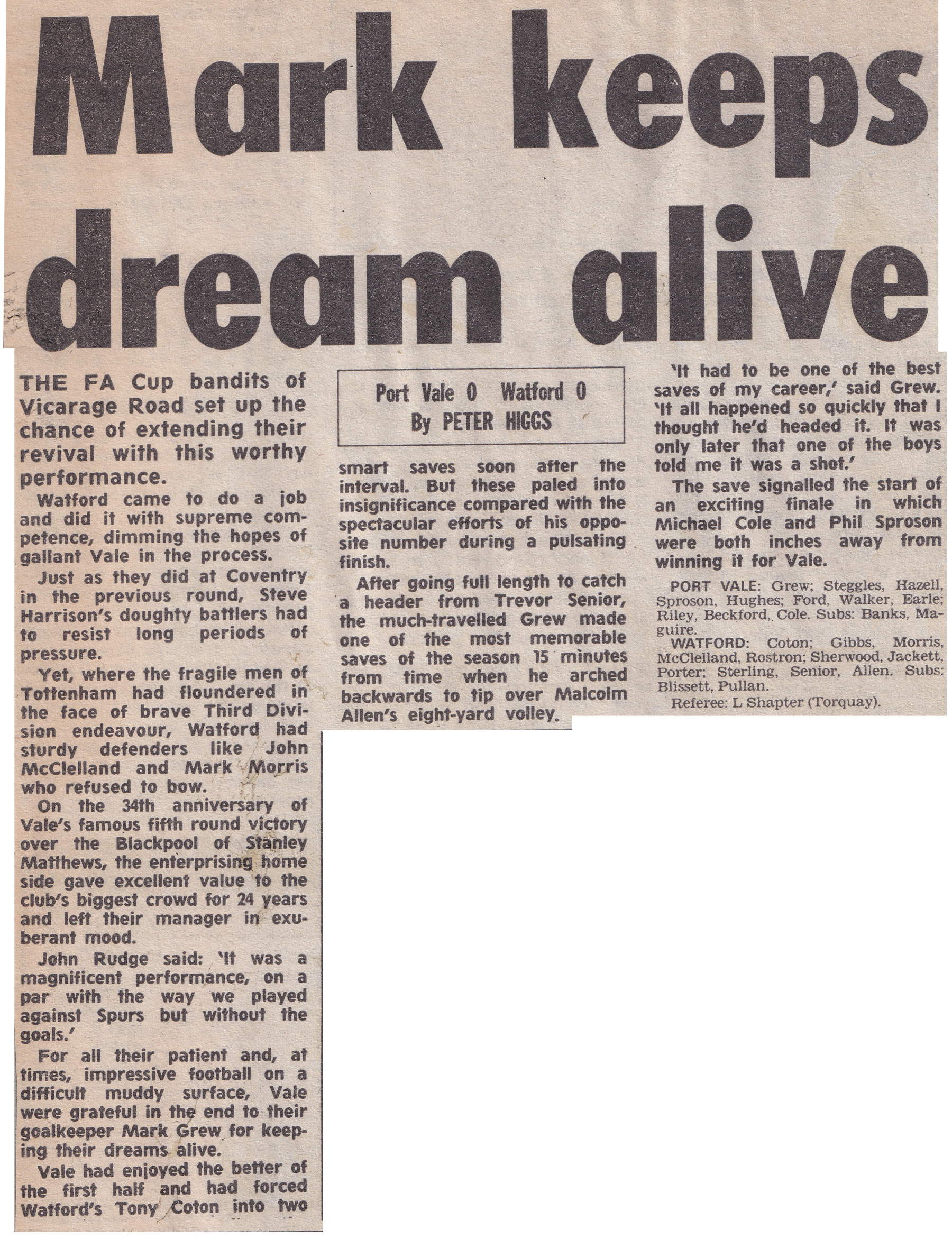 Below: that’s not Ray Walker (who’s not a defender anyhow). That looks more like Gary Ford to us. 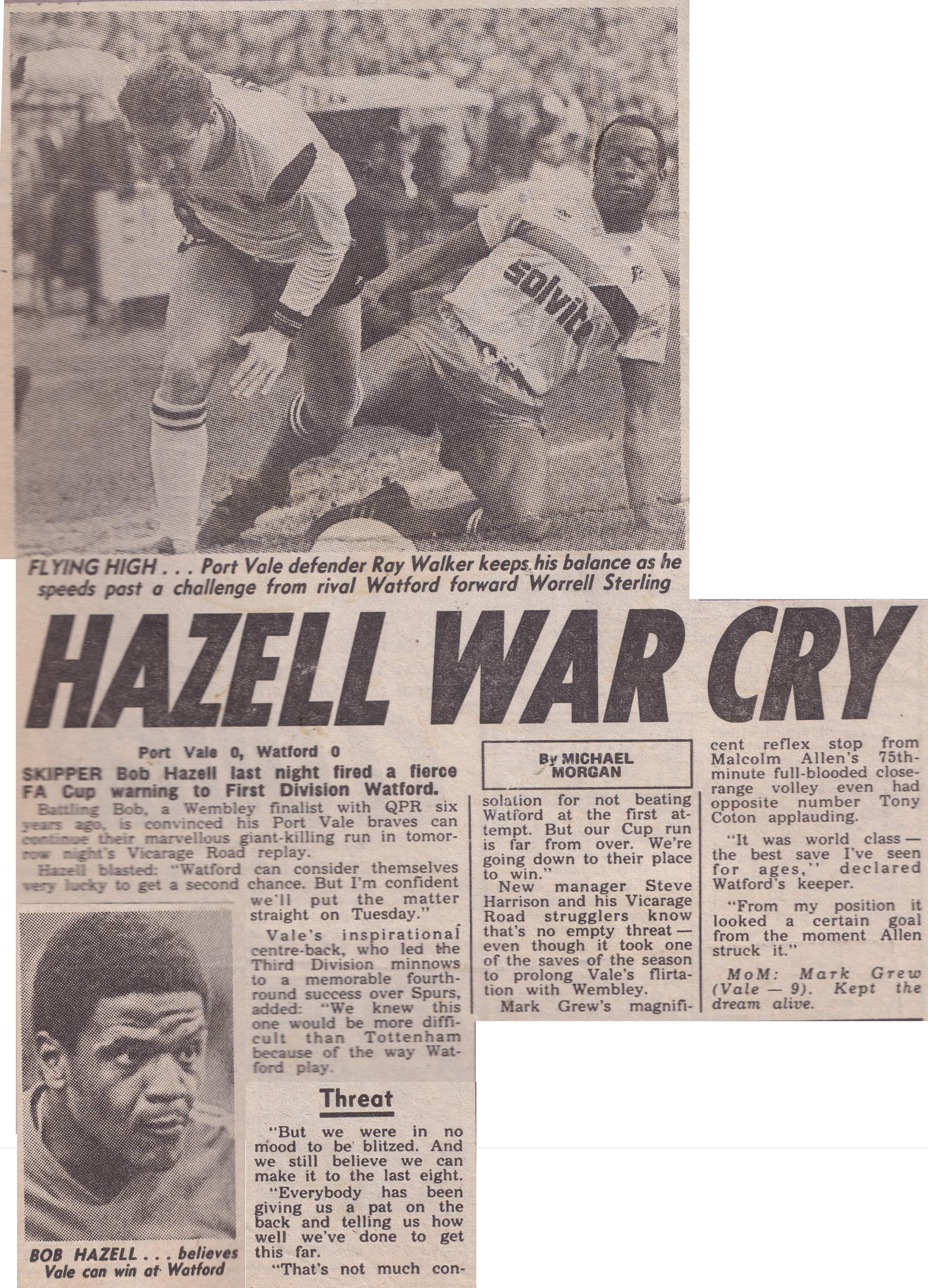 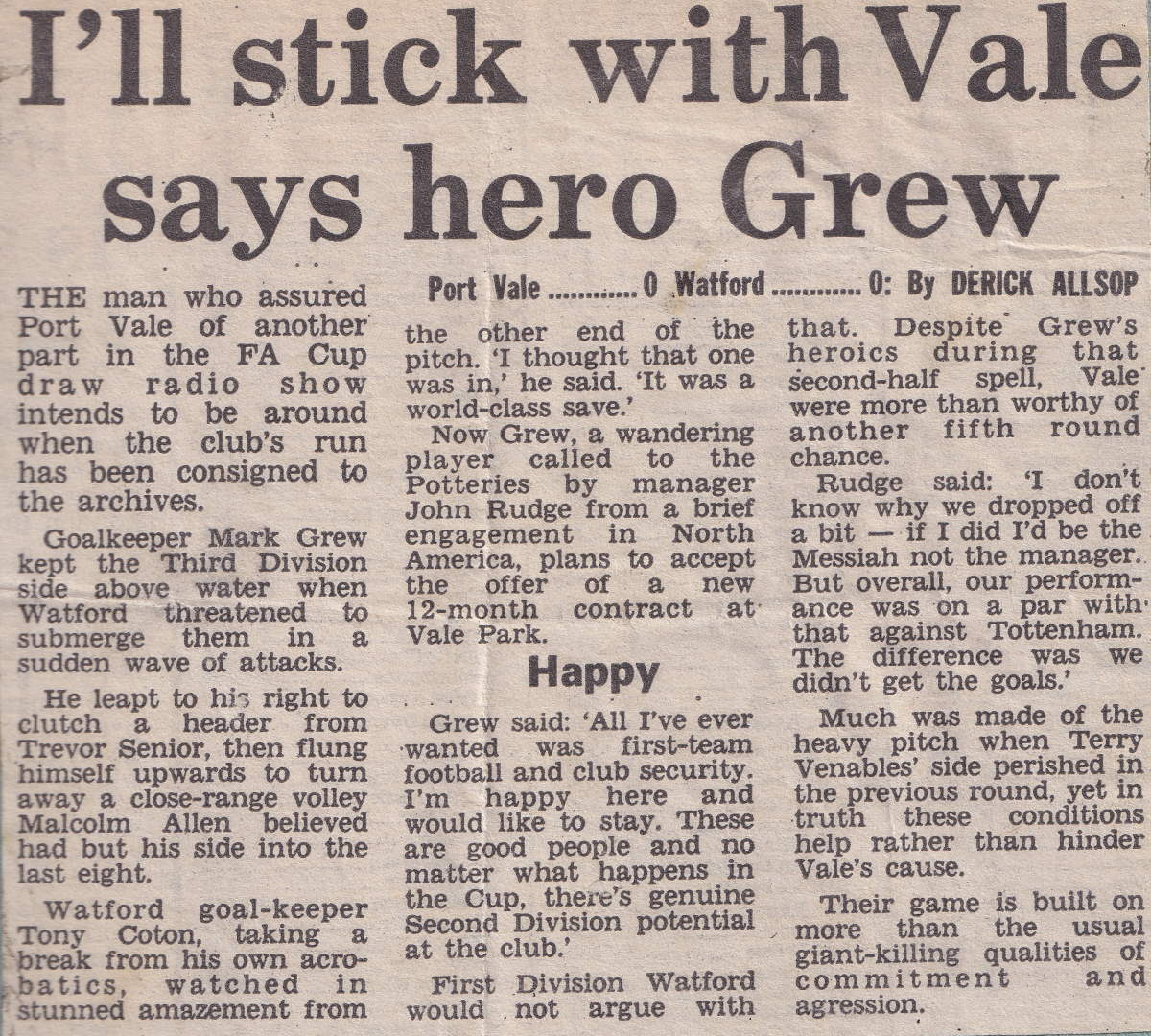 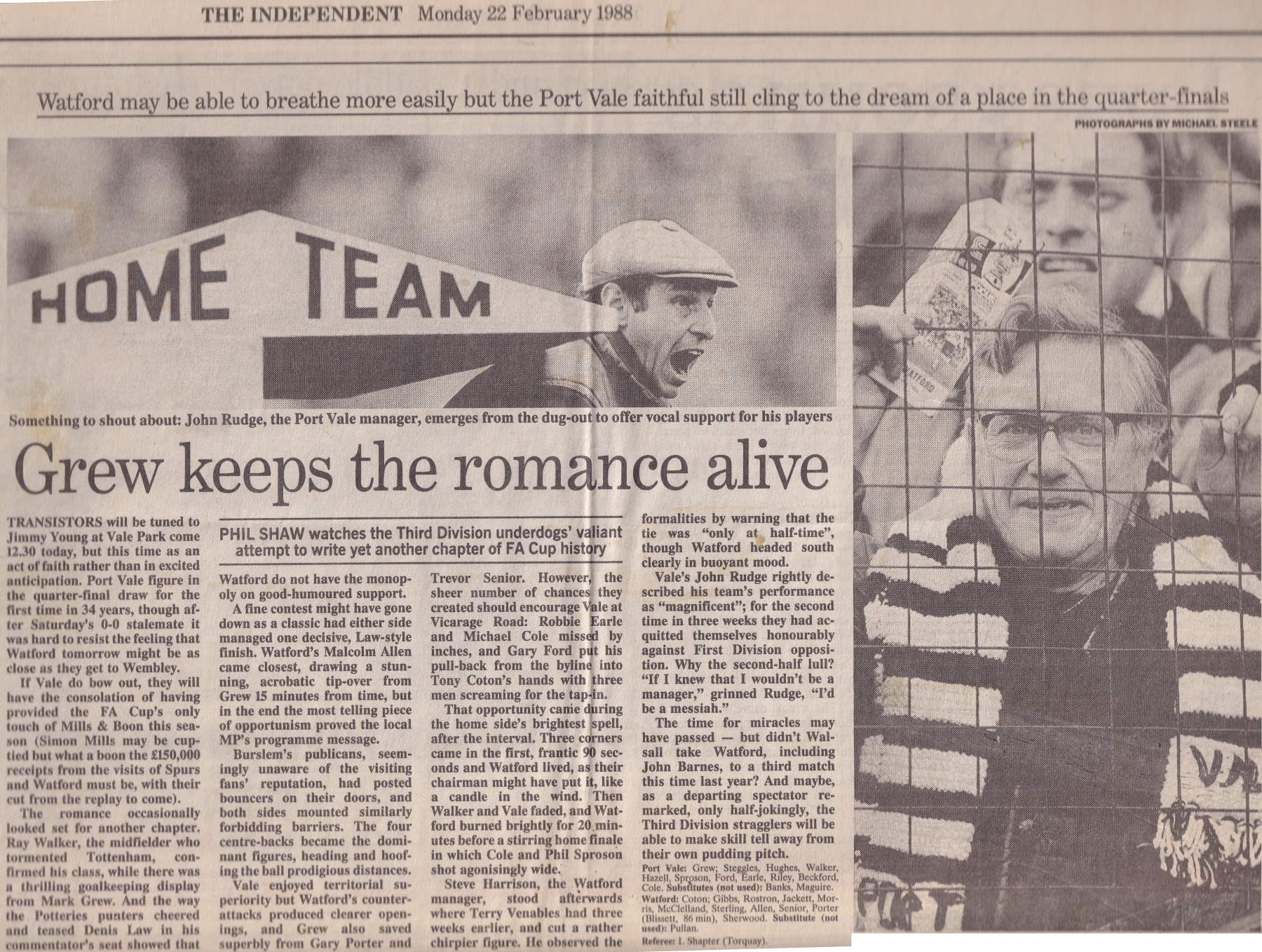 Following on from their astonishing 2-1 win over Spurs, the Valiants matched top-flight outfit Watford at Vale Park. Even though goalkeeper Mark Grew hit the headlines for some fantastic saves, the Vale could have won the match going agonising close on occasion. You can watch highlights of the match through the video above.

From the archives: a Scunthorpe Utd v Port Vale programme in 1960