Harry McKirdy back as a registered Port Vale player

Port Vale forward Harry McKirdy is back in the squad after an injury to Zak Mills ruled the player out for the rest of the season.

McKirdy was signed by the Valiants in September after Rhys Browne left but has struggled to make his mark this season.

The youngster was one of three players to be deregistered in January, alongside Dino Visser and Dan Trickett-Smith, as Vale kept to new Football League squad limits.

The move looked to have spelt the end of McKirdy’s stay with the Valiants until this week’s u-turn.

After independent medical advice confirmed defender Zak Mills was out for the remaining eight games, Vale took their case to the Football League and have been allowed to include McKirdy in his place. 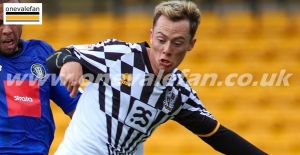