This photo comes from a Port Vale home game played in the 1982-83 promotion season. It was the fourth home game and actually Bob Newton’s first Port Vale goal. Terry Armstrong also scored in front of a crowd of 3,474. Ironically, despite that memorable Newton strike Port Vale lost the game 2-3. However, Newton would go on to score twenty goals that season and be top scorer for the club. Furthermore, the Valiants would be promoted to the Third Division at the end of the season. 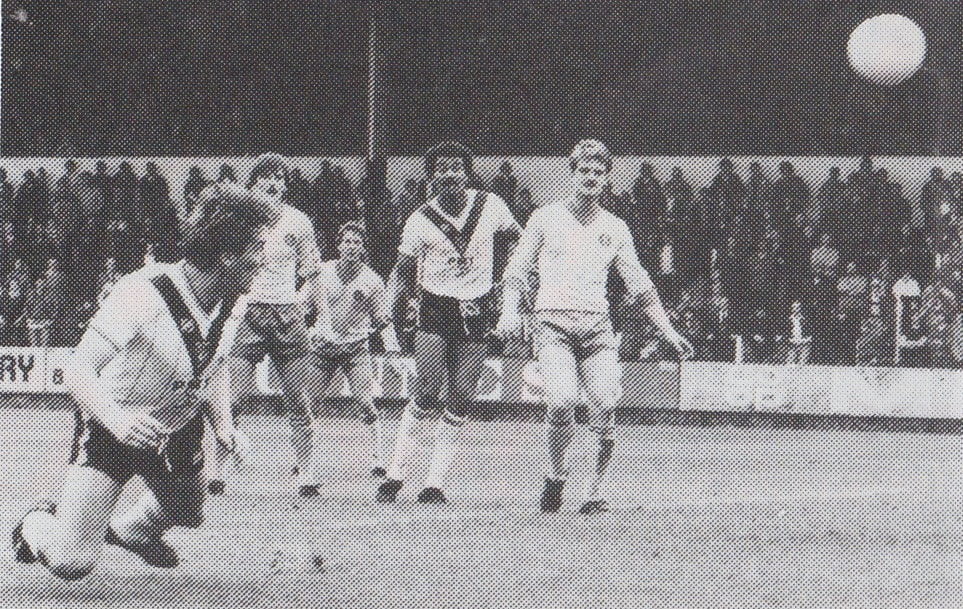