They may only have been here for a short time but who have we picked as the best Port Vale January signings?

Please note: We’ve restricted our selection to signings from 2005 to present.

If you disagree (or agree) with our selection of the best Port Vale January signings, please let us know by leaving a comment below. 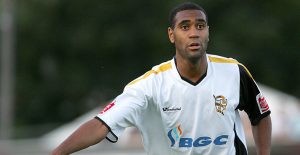 The striker had been on loan with the Valiants since the 4th November before the move was completed for a bargain fee of just £20,000. Said by some observers to be the “best signing” of manager Martin Foyle’s spell at the club, the gangling forward would go on to thirty eight times in 85 appearances for the club.

The former Welsh International striker had a short-lived but a highly successful spell with the Valiants after being secured on loan from Brighton. The forward had had a terrible tiem at Albion with just one goal in two seasons. However, at Burslem, Davies linked up well with Marc Richards and netted seven goals as he rediscovered his goal touch. It not only helped the Valiants to tenth place in League One but rejuvenated Davies’ career. He later had spells with Barnsley and Bolton in Championship and even enjoyed an International recall in 2012. 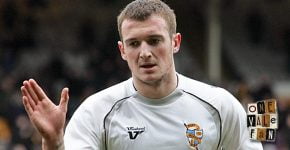 Arguably the best transfer business by much criticised Port Vale manager Dean Glover was to secure Lee Collins on a permanent two and a half year contract. The 20 year-old had looked assured after joining the club on loan and would rapidly establish himself as a first-team regular playing right across the back four. He played more than 150 times for the club. 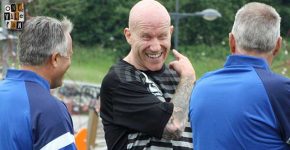 A protracted chase for the veteran striker was finally completed on the 8th January. Vale had previously tried to sign the forward in November but the deal wasn’t ratified by the Football League apparently due to an administrative error by the Valiants. However, when Hughes finally did arrive he was to prove instrumental in ensuring Vale gained promotion. The veteran netted ten times in just eighteen games as he guided the club to League One. 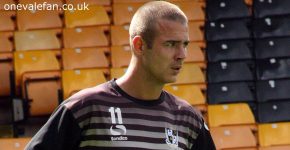