We take a look at some of the players who have made appearances for both clubs ahead of our game against Macclesfield Town.

There are a string of connections between the two sides. First off, there’s Valiants boss  John Askey (right) who is rightly regarded as a club legend at Macclesfield. The son of Valiants legend Colin, Askey is the club’s all-time record appearance holder with 679 matches while he was also manager for two spells, propelling the club into the Football League into the bargain. 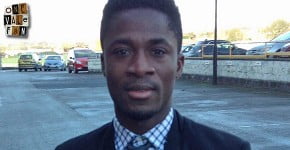 Not so for former Vale midfielder Ryan Lloyd. After being a regular starter in the team’s promotion season, he has hardly featured this season after being troubled with an ankle injury.

And then there’s Enoch Andoh (right) who has such a bright spell with the Valiants he was linked with a move to Spurs before picking up an awful injury. The winger is on a short-term deal with Town.

Finally, there’s veterans Keith Lowe, only an occasional starter this season and midfielder Danny Whitaker, often used off the bench. 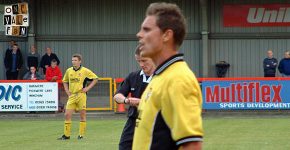 Defender Rae Ingram, who joined Vale in 2001 after a spell with Macclesfield Town. The former Manchester City man was plagued with injuries (and even contracted meningitis at one point) which saw him manage just 28 games in two years for the club.

The late Matt Carragher was a John Rudge signing for Vale and famously captained the side during their 2001 LDV Vans Trophy final victory at the Millennium stadium. After 220 games for Vale he later spent a spell at Macclesfield between 2003 and 2004. Carragher sadly passed away in 2016 aged just 40 after a battle with cancer. 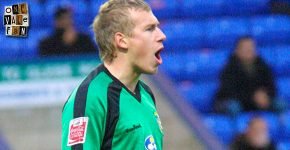 Goalkeeper Jonny Brain gave up his job as a sports instructor at a holiday camp to spend three years with the Valiants between 2003 and 2006 before a four year stay with Macclesfield during which he made 125 appearances.

Finally, George Abbey was one of a handful of players to earn full International honours while a Vale player. The Nigerian full-back had spent an earlier spell with Macclesfield.