This photo comes from an October 1986 League Cup game against Manchester United. Vale players Robbie Earle and Jon Bowden are celebrating an own-goal. Vale also scored an Andy Jones penalty. Unfortunately for the Valiants the final score was Port Vale 2-5 Man Utd. With Man Utd winning the first leg 3-0 it completed a comfortable 8-2 on aggregate win. The attendance was 10,568. 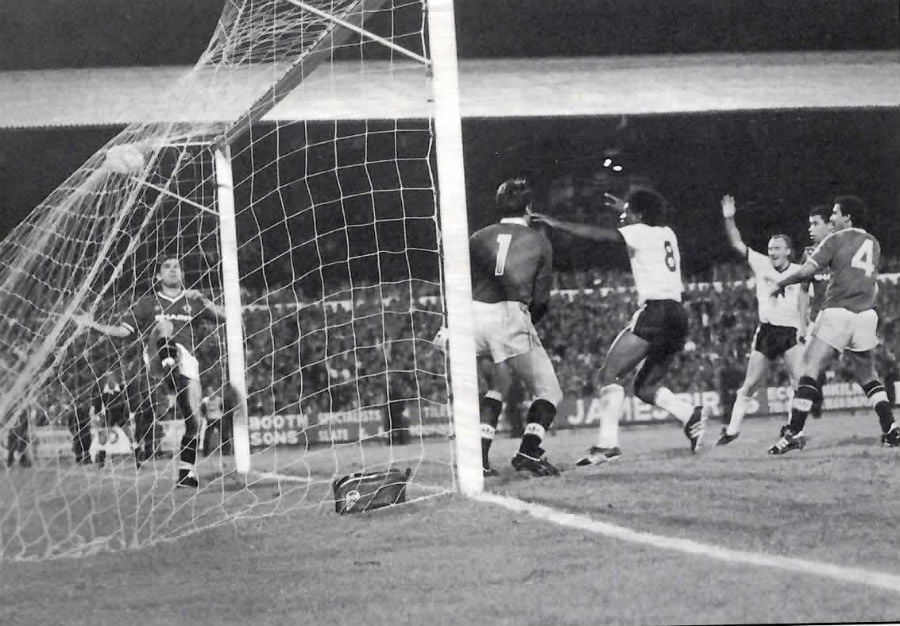