Port Vale Supporters Club have announced that more of their hugely popular diversity t-shirts are available.

The Port Vale Supporters’ Club was overwhelmed by fans wanting to get hold of the unique diversity t-shirts that were distributed before the match against Exeter City on Saturday 29th September. Due to this demand, the supporters’ club is to make available another 200 ‘Love Port Vale, Hate Racism’ t-shirts – with its design inspired by the Two Tone record label logo – to fans for free.

Malcolm Hirst, vice chair of the supporters’ club, said: “I’m delighted that fans who missed out on the
original distribution of these wonderful t-shirts will have another opportunity to get their hands on one.
We have produced 200 more t-shirts, all thanks to the generosity of Kick it Out, The Football Supporters’ Federation and local company Synectics Solutions.”

Fans will be able to obtain a t-shirt at the following times and locations:

In addition, there is a limited number of larger sizes (L, XL, XXL 3XL) available online from the supporters’ club website at http://bit.ly/2BnVTHT

The t-shirts are free – however, the supporters’ club kindly asks fans to make a donation to help with future diversity projects when they receive their t-shirt. 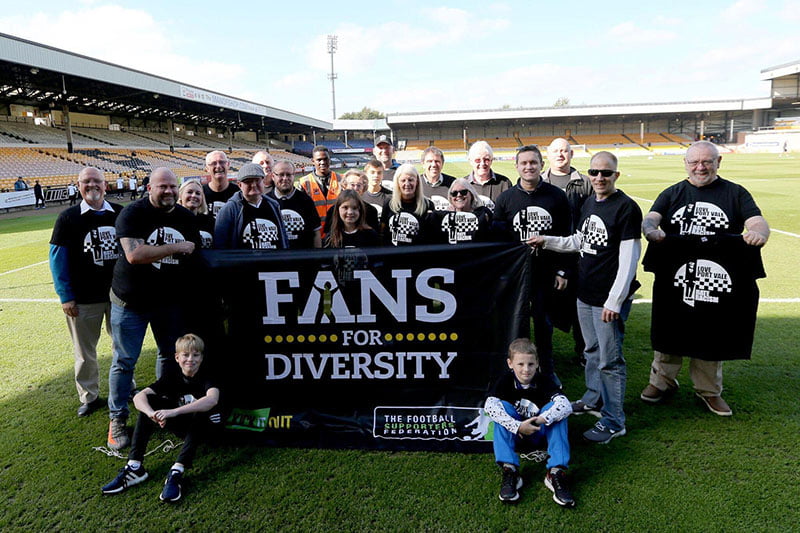