It’s a match against their local rivals on Easter Monday, can Vale continue their winning Easter? 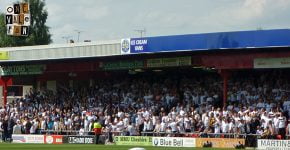 Vale are expected to take a large contingent of fans to the game and it is sure to be a good atmosphere at Gresty Road. 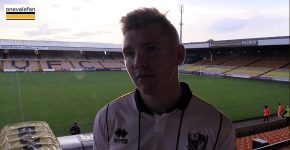 After an impressive performance as sub, loanee Ben Whitfield (right) may come into the line-up at the expense of Danny Pugh who is now suspended.

However, with Tom Pope and Antony Kay both back from operations their match participation will also need to be monitored, especially after Pope played the whole ninety minutes on Friday.

“I’ve seen Crewe play a number of times this season.

“They play good football, they’ve got some good players and they will pass the ball, so it’s a tough game and we have to give the crowd something to shout about…”

The 37 year-old is never going to be a popular person with Vale fans. After being the only player to jump ship during Vale’s 2012 administration period, he also enraged Vale supporters by questioning their intelligence during the game earlier this season.

Artell has been in charge at Crewe since 2017 – taking charge of over sixty games. 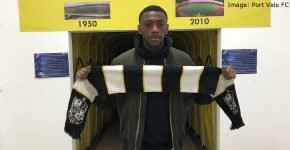 The latest meeting between the two sides was a Football League Trophy clash in November. It was memorable for a three minute strike by debutant Chris Regis (right), who has barely featured for Vale since. Vale’s other goals came from Forrester, Reeves and Montano in a 4-2 home win.

The last time we faced Crewe in the league was earlier in the season in a highly controversial clash. Not only were there those Artell comments (see above) but midfielder Michael Tonge was dismissed as Vale lose 1-0. 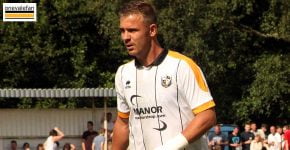 Former Crewe striker Tom Pope (right) is sure to be the target of some stick from the home fans as is the afore-mentioned David Artell from the travelling contigent. Those aside there have been plenty of players to appear for both sides.