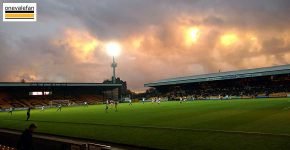 First to a point of order as Vale have urged fans of both sides to not invade the playing surface at the end of the game.

There’s also a couple of other interesting elements to the weekend game.

Firstly, Vale will trialling the use of child care facilities during the game. To find out more read the press release on the official site.

Secondly, the Player of the Year awards ceremony will be held later on Saturday. It starts at 7pm and half of the proceeds will be given to the Donna Louise Trust. More details here. 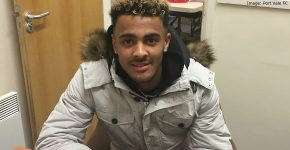 There could be a few interesting selections in the Vale line-up. The Valiants have recalled Dior Angus from his loan spell at Tamworth and may be keen to see him in first-team action. The striker could well be on the bench.

We wonder whether defender Callum Howe may also be given a chance after being restricted to just a single appearance since signing a permanent deal in January.

Another youngster Mike Calveley may be similarly employed while a third youngster, striker Dan Turner, could also get a chance after receiving praise from Neil Aspin. 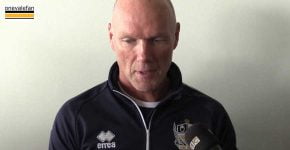 “I’m in a position where I can look a few different things because we are safe.

“I have a chance to do some swapping so I might do that and go with a different team that has played the last couple of games.

There is some speculation about whether the former England defender will be in charge for the weekend game. However, after announcing he will leave at the end of the season, Curle will indeed be in the opposition dugout for the remainder of this campaign.

The 54 year-old has been in charge at Carlisle for four years. 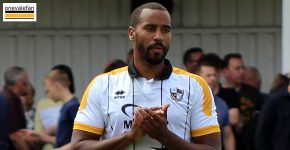 The last time we played Carlisle United was earlier this season it ended in a rare Port Vale away victory. Goals from forwards Tyrone Barnett (right) and Tom Pope secured a 2-1 victory.

The last time the two sides met at Vale Park it ended in a 1-0 win for Vale in a Football League Trophy game. On loan forward Uche Ikpeazu scored the winner.