Alan Boswell passes away: Port Vale have announced the sad news that former goalkeeper Alan Boswell has passed away aged 74.

Boswell was signed by Port Vale manager Gordon Lee from Bolton Wanderers in 1972.

He was a regular in the first-team for two seasons before being released by Valiants manager Roy Sproson in 1974.

In addition to his time at Port Vale he had spells with Wolverhampton Wanderers, Walsall, Shrewsbury Town and Bolton Wanderers.

Our thoughts and best wishes are with Alan’s family and friends at this sad time. 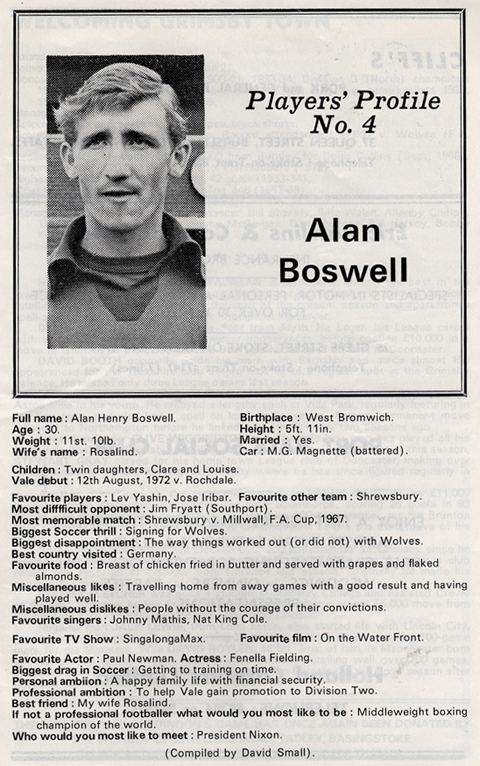