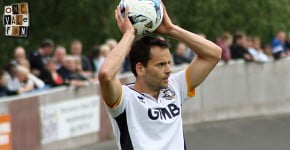 It’s likely to be much the same side that faced Sheffield United unless Ben Purkiss (right) is ruled out. The skipper was forced off in the first-half and if he fails to make it, Ryan Taylor could drop back to right-back and Anthony De Freitas return to midfield. Anton Forrester, Kjell Knops, Tyler Walker and Callum Guy are all definitely out.

The Valiants drew 2-2 earlier in the season as Ryan Taylor’s penalty rescued a point for Vale.

We’ve also got highlights of a clash from the 1991-92 season below. This is taken from our OVF YouTube channel: 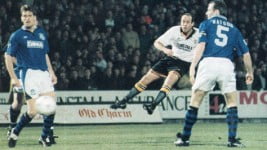 Striker Martin Foyle became Vale’s second-highest ever scorer after he was signed for a then club record £375,000 from Oxford in 1991. During a nine year playing career, Foyle was named player of the year twice and also helped the club win the Autoglass Trophy in 1993 and promotion the following year. He also coached and managed the Valiants.

The Valiants will also face former youth team graduate Charlie Raglan who signed for Oxford from Chesterfield in the summer.

Oxford fans: we have exceeded expectations