Teenage striker Rekeil Pyke was signed by Port Vale FC on a season-long loan from Huddersfield Town in the summer of 2017.

The youngster was a product of the Huddersfield Town academy but had failed to make a senior appearance for his parent club.

Pyke made his full Port Vale debut in the League Cup tie against Leeds United in August 2017. However, an injury curtailed spell came to an end in January 2018 when Pyke returned to his parent club after just nine appearances for the Valiants.

He subsequently had further loan spells with Wrexham and Rochdale. 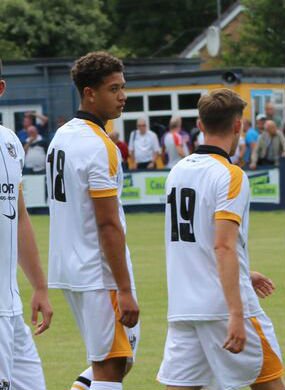