Port Vale have a chance of moving out of the relegation zone on Tuesday night. Here’s our brief guide…

“I enjoyed my time there. Ideally I didn’t want to leave Port Vale, but things happen in football and I appreciate the support the fans gave me in that time. But I can’t wait to go there on Tuesday. The most important thing is the result but it would be nice to get a goal.”

JJ Hooper, who returns to Northampton 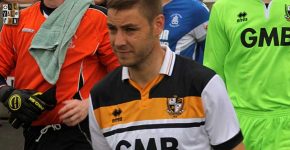 The Valiants will be hoping that the injury picked up by Sam Foley (right) won’t rule him out of the game. Veterans Jerome Thomas and Danny Pugh missed the game against Swindon and it is doubtful if either will feature against Northampton. If so, Onamide Shodipo may keep his place on the wing. Seb Amoros may be fit enough to make the matchday squad.

The two sides met earlier this season when Rob Page’s Northampton side triumphed 3-2.

The game could well see former Valiant, Marc Richards, playing against us for Northampton. Richards was top-scorer for four seasons in a row at Vale Park after joining in 2007. He left for Chesterfield in 2012. He has now been at Northampton for two years.

Another former Valiant, Jak McCourt, who had a short loan spell under Rob Page at Vale Park has recently been on the bench 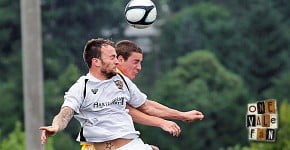