OVF Editorial: we want your Charlton back too!

A brief word before we begin… this website supported protests against our board when our club was in real danger of being destroyed as we felt it was the correct thing to do to save the Vale. At that time, fans of other clubs gave their support to Vale fans’ protests. We would like to return that solidarity and offer our support to Charlton fans who are seeking better owners for their club. As members of the football family we stand by you and hope for better times for Charlton Athletic in the near future.

If you are a Vale fan and are not aware of Charlton’s plight why not take a look at these links:

It’s an obvious choice but this match will see the return of winger Jerome Thomas to Charlton.

Thomas has earned many plaudits this season as his experience on and off the pitch has been praised. However, his spell at the Valley was pretty decent too. He was signed from Arsenal for £100,000 in 2004 and went on to play 119 times (the majority in the Premier League) and scoring seven goals. He left in 2008 to join Portsmouth. 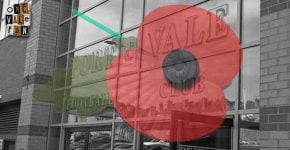 Charlton fans will be holding a service at 2pm to commemorate players from both sides who lost their lives fighting for their country. Vale fans are welcome to attend the ceremony outside the West Stand around 2pm.

Link: In memoriam: our Valiant fallen

Even though many punters will believe Port Vale are the underdogs due to their poor away record, can Vale upset the odds and return to Burslem with three points? 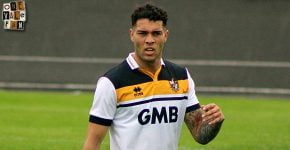 Vale will have to replace the suspended Anthony Grant in midfield. The likes of Anthony Defreitas, Sebastien Amoros or Quentin Pereira could could in or another option would be to switch Ryan Taylor from right-back. The latter would only appear to be an option if regular right-back Ben Purkiss returns from injury.

Upfront, Vale could be boosted by the return to fitness of Anton Forrester (right). The striker is unlikely to start but could make the bench.

The two sides met earlier in the season and Vale were arguably lucky to escape with a draw after a late Alex Jones penalty. Vale’s last visit to the Valley was back in 2001 for a 2-0 league cup defeat.

We’ve already mentioned Jerome Thomas but other players to appear for both clubs include: