Battling midfielder Andy Porter progressed from the youth ranks and ended up making 433 appearances over two spells with the club. Immensely popular with the fans Porter won promotion (1989) and the Autoglass Trophy (1993) with the club. 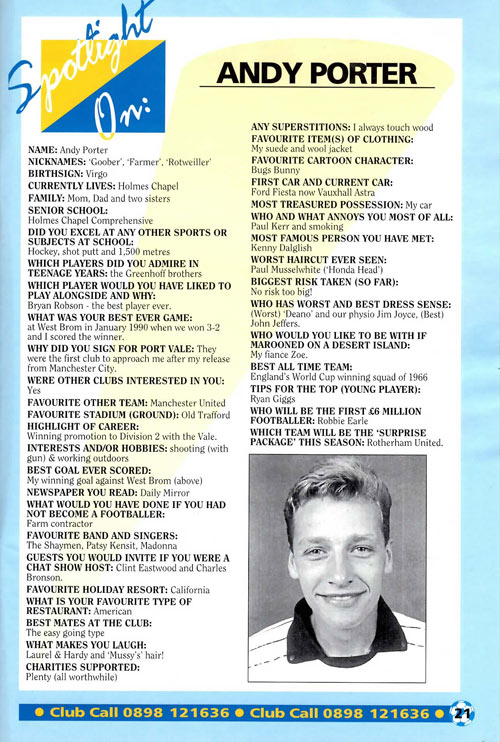