It’s been built-up as a crucial game for Port Vale’s season – how will the Valiants fare against Peterborough United? We take a look… 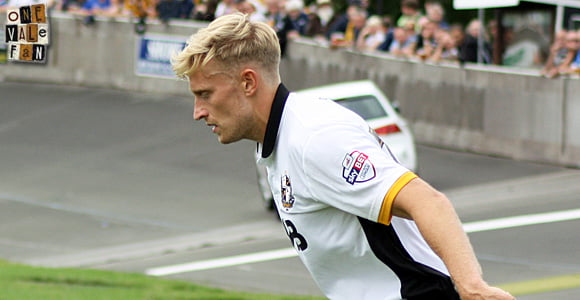 Vale are boosted by the return of AJ Leitch-Smith (above) and goalkeeper Jak Alnwick but whether either will play is debatable. Theo Robinson scored in Leitch-Smith’s absence while Chris Neal kept a clean sheet.

A first Vale goal from Ebo Andoh wasn’t enough as the two sides played out a 1-1 draw back in October.

Vale’s last away victory over Peterborough was in 2003 when Marc Bridge-Wilkinson scored the winner in a 2-1 victory.

The Valiants hammered five past Peterborough back in March 2001. The Vale goalscorers on that day were Tony Naylor, Allen Tankard, Alex Smith, Marc Bridge-Wilkinson (pen) and Michael Twiss.

Midfielder Marc Bridge-Wilkinson was a regular thorn in the side of Peterborough in the early noughties. He scored three goals in three games against the Posh from 2001 to 2004.