A Robbie Earle interview from a Port Vale matchday programme of the 1980s.

The midfielder has been voted as the club’s greatest-ever player. Locally born Robbie broke into the first-team through the junior ranks, initially as a striker. Moved to a midfield role he formed a formidable partnership with Ray Walker in the late 1980s and early 1990s. Earle was eventually sold to top-flight Wimbledon for a fee of £775,000. 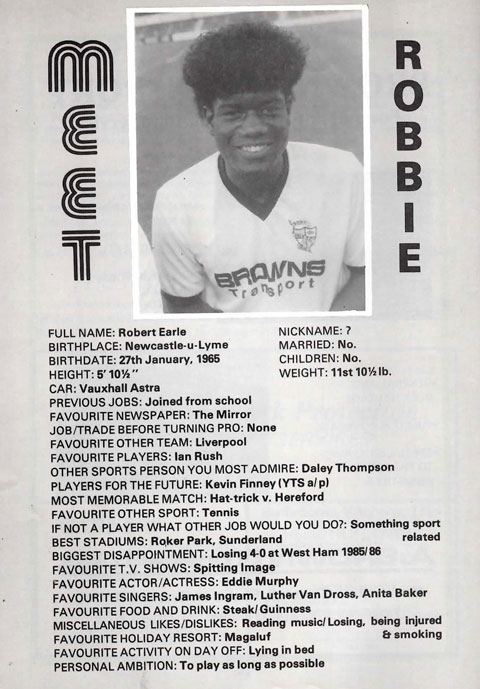 Robbie Earle was one of the club’s best-loved players