Central defender Pounewatchy began his career in the French Leagues before joining Carlisle United in 1996. After over a hundred games, he moved to Scotland and joined Dundee in 1998. He was playing on a month-by-month basis for the Scottish club, so when Port Vale suffered a defensive crisis (following injuries to Michael Walsh and Marc Snijders) John Rudge swooped to sign the 30 year-old for Vale on a similar monthly contract.

Powerful Pounewatchy made just two appearances for the club. His debut was a 1-1 draw away at Swindon where he was paired with Dave Barnett at the heart of the defence. Unfortunatley, Barnett scored an own-goal in that game. Pounewatchy’s second appearance lasted just 45 minutes as he was subbed at half-time during a 3-0 defeat to Ipswich Town.

He left the Valiants and joined Colchester United until the end of the season where he made fifteen appearances. He then finished his career at Scunthorpe United. 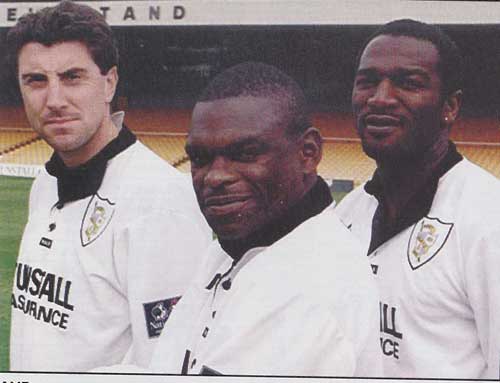 Weekly Digest: Playing to the whistle…