Ray King was an outstanding England B keeper who was first-choice at Port Vale for eight years and the custodian of the famed ‘Iron Curtain’ side of 1954.

He began his career at Newcastle United but suffered a number of injuries and he thus opted to join his brother George at Port Vale in 1949. He established himself as a regular in the first-team that year.

Ray King was a key member of the 1953-54 side’s renowned “Iron Curtain” defence which won promotion and conceded a record low of just 26 goals that season.  His form was so good that in 1954 he was called up to the England squad, starting one “B” team game and making the full squad.

However, his son’s ill-health prompted him to seek a move away from the Potteries and he was sold to Boston United for £2,500 in 1957.

Ray King is regarded by many Port Vale fans as the best goalkeeper in the club’s history. 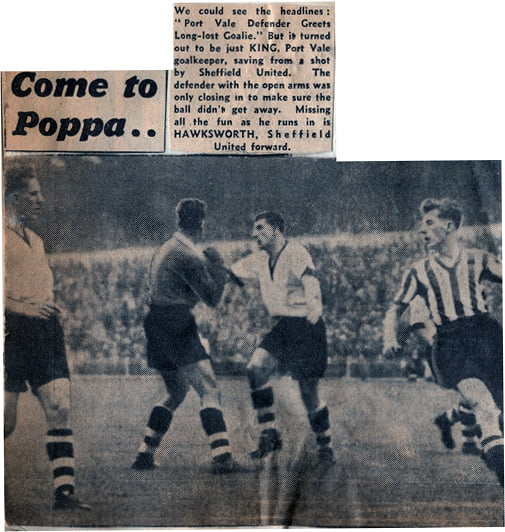 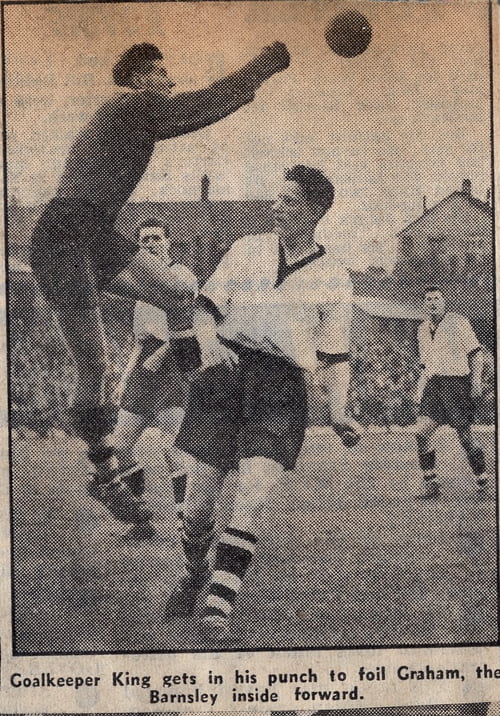 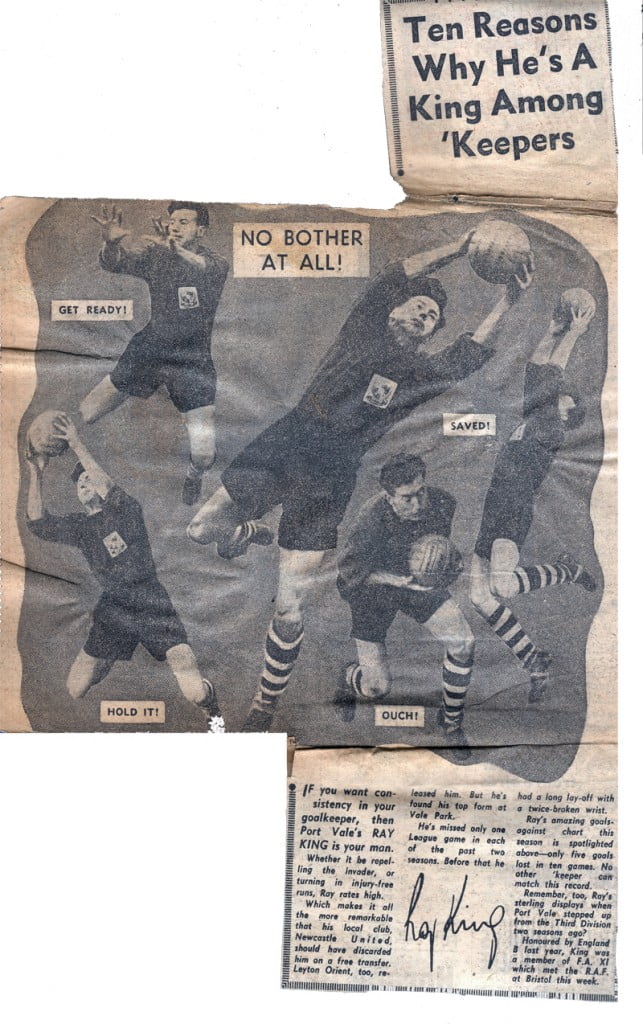 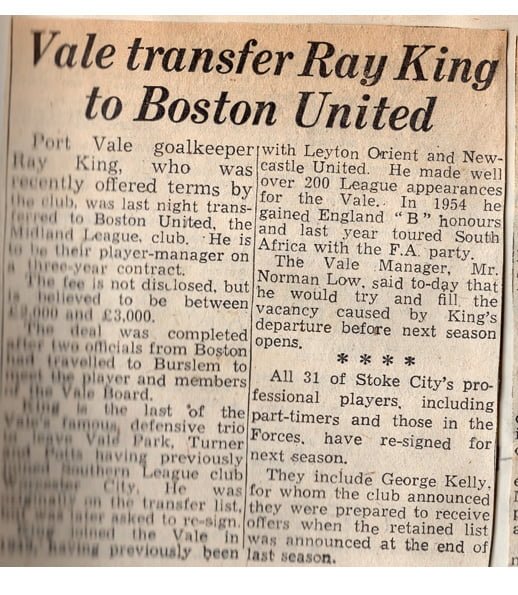 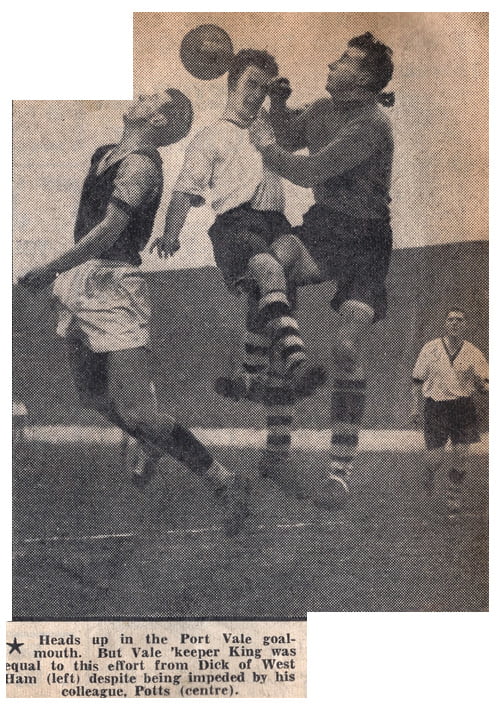