He played over 70 times for Bolton but World War Two seriously disrupted his playing career. He signed for Gordon Hodgson’s Port Vale in 1949 and played right-back in the Port Vale FC first team for three years making over a hundred appearances for the club. He had a spell as player-manager with Congleton Town before retiring as a player.

However, even after retiring as a player he enjoyed a long association with the club. After retiring, he  subsequently became the club trainer for an incredible 25 year spell stretching from 1958 until 1983.

He was given a testimonial match by the club on the 8th November 1976. 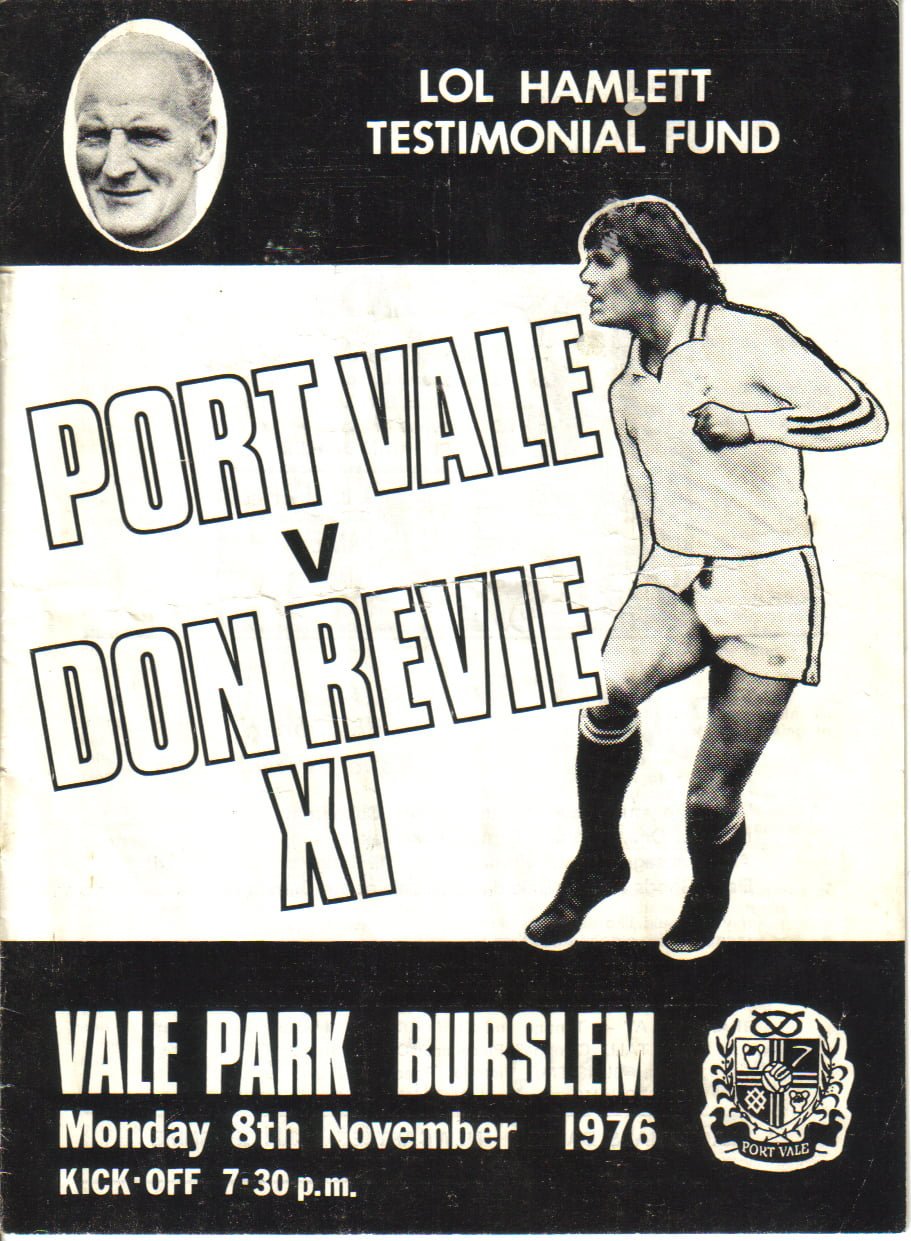 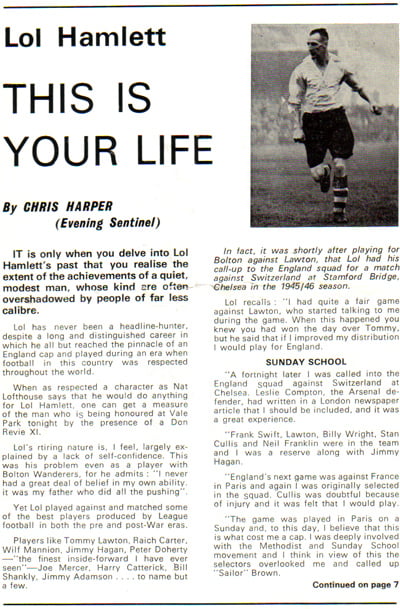 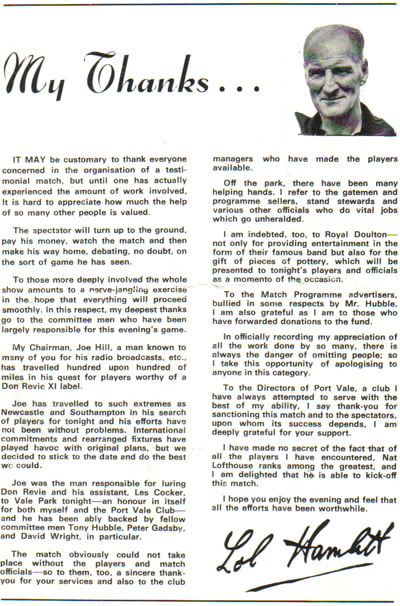