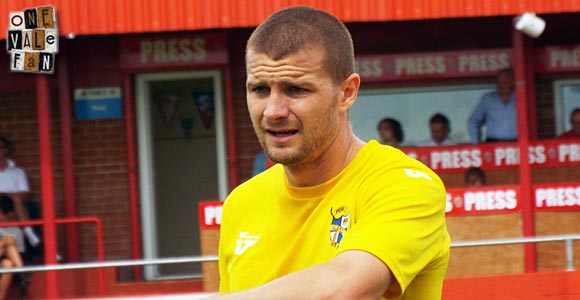 Micky Adams is expected to make changes after vowing to attack the Blades despite Vale being away from home. A specific diamond formation was deployed to combat Peterborough’s tactics but Vale may opt for wingers if they are to press the home side.

One definite change would appear to be Dan Jones replacing the suspended Carl Dickinson (above). We suspect that Anthony Griffith will be deployed alongside Chris Lines with Doug Loft moving to the flank. So, with a degree of guesswork here’s our possible Vale eleven.

Sheffield United’s main concern pre-match was whether a new manager would be in charge. But despite the club claiming that a new boss would be installed, it will be caretaker Chris Morgan in charge. Morgan will probably include loanee Ryan Hall but trio trio Tony McMahon, Florent Cuvelier and Jose Baxter are all doubtful. 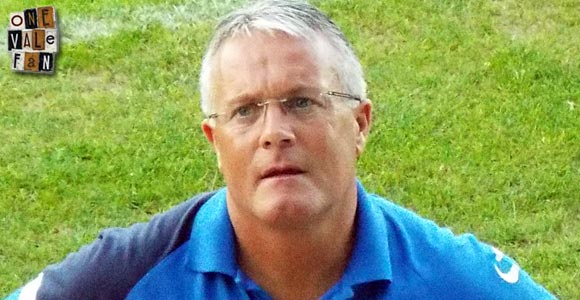 “I’m a Port Vale man now and all I’m interested in is getting a result for Port Vale. It wouldn’t matter who we were playing on Saturday.”

“I didn’t think I’d be sitting here again. I thought there’d be a new manager in place by now, but these things are rarely straightforward.”

“The atmosphere will be good there and hopefully we can go there and get three points off them.”

The two sides last met back in December in an FA Cup clash. Vale took the lead through prolific striker Tom Pope only for two late Shaun Miller strikes to ruin Micky Adams’ return to his hometown club.

…won at Bramall Lane was a shock Carling Cup victory in 2009 when two goals from Marc Richards earned Vale a 2-1 win.

Our last league victory was back in 1999 when goals from Richard Eyre, Anthony Gardner and Allen Tankard (pictured) gave Vale a 3-1 win despite having Dave Brammer sent off in the final minutes 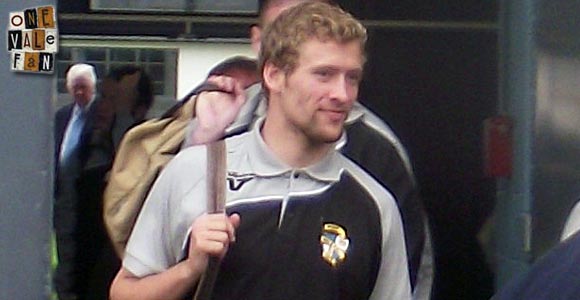 It’s too obvious to focus on Micky Adams‘ connections with both sides, so instead we’ve decided to focus on midfielder Kingsley James.

Midfielder James (pictured) joined the club alongside fellow Blades youth team graduate Phil Roe in 2011. Both had been spotted by Micky Adams when he was the Sheffeld United manager.

James only made twelve appearances for the Valiants but one of those was in Vale’s FA Cup loss mentioned elsewhere in this guide. However, after that game he fell out of favour and spent a spell on loan with Hereford who he joined on a permanent basis in the summer. 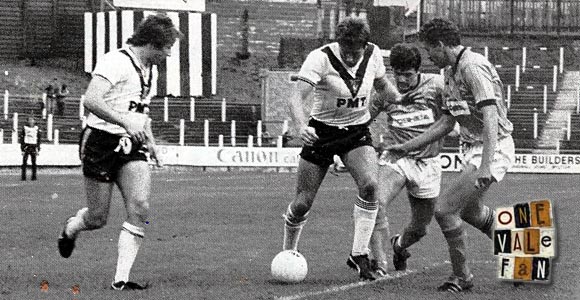 Newton revealed his “celebrity” neighbour in an interview with OVF.

Now, would you really want to share a street with this man (pictured)?